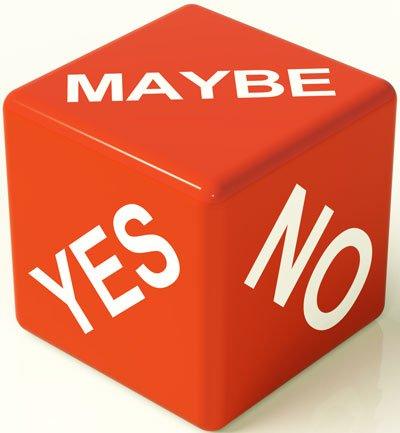 Deciding When to Step Aside From the Decision-Making Process: Abstentions And Disqualifications Part 1 of 2

Western City originally published this article in December 2002; it has been updated for this issue. This column is a service of the Institute for Local Government (ILG), whose mission is to promote good government at the local level with practical, impartial and easy-to-use resources for California communities. For more information and to access ILG’s resources on public service ethics, visit www.ca-ilg.org/trust.

Our governing body is struggling with the issue of abstentions. When must one abstain from voting on an issue, and when is it up to the individual?

The issue of when to refrain from participating in an agency decision can be vexing. As with many ethical issues, it is an area where the law provides some — but not all — of the answers.

Defining the relevant terms is a useful starting point. When an official abstains from participating in a decision, he or she does so voluntarily. Abstaining involves the exercise of some degree of judgment or choice.

By contrast, in the case of disqualification, one does not have a choice. The law prohibits that individual from participating in a decision — even if the official believes he or she can put personal interests aside and/or be fair. The law focuses on the public’s possible perceptions about the integrity of the decision-making process — and in so doing, the law often avoids even the appearance of impropriety as well as the potential for actual impropriety.

The following examples illustrate some situations involving these issues.

The most common form of disqualification occurs under California’s Political Reform Act. Under that law, a public official may not make, participate in or influence a governmental decision that will have a reasonably foreseeable and material financial effect on the official, the official’s immediate family or any of the official’s financial interests.3

The Fair Political Practices Commission (FPPC) has developed a multistep process for determining when an official must disqualify himself or herself from participating in a decision.4 The rules are not necessarily logical or intuitive.

Another step analyzes whether the otherwise-disqualified official’s participation in the decision is legally required. The latter exception applies if an official’s disqualification would prevent the agency from acting in a situation in which it legally must act. When analyzing this issue, local agency counsel may ask such questions as:

Special Procedures for Appointments to Other Bodies Involving Compensation

Local agency officials often represent their agency or a group of agencies on regional and other bodies. Sometimes these positions involve a small stipend to compensate an official for the time involved. May an official participate in the decision related to his or her own appointment?

The FPPC allows local public officials to vote on their own appointments to compensated positions on such boards, as long as certain transparency measures occur.6 Information about the appointment must be posted on the local agency’s website, including the name of the appointed official, the amount of compensation (stipend or salary) for the position and the position’s term.7

A publication that answers frequently asked questions8 and a form to assist local agencies in complying with this requirement9 are available from the FPPC.

Other Interests and Bias Issues

Other reasons for being disqualified from participating in a decision include receipt of campaign contributions (under very limited circumstances),10 certain forms of bias based on a personal interest in the outcome of a decision, or strong feelings (positive or negative) about the parties whose interests will be affected by the decision.

In some situations an agency attorney or the FPPC says that no legal imperative exists to disqualify oneself from a particular matter. If you still have questions about your ability to put your personal situation aside and/or make a fair decision, then it is best to abstain.

What if you believe you can make a fair and public-minded decision, but others are questioning whether that is indeed so? As with many ethical dilemmas, this is an example of conflicting and important values.

One value is fulfilling your responsibility as an office-holder to make decisions — which, of course, is what your constituents elected you to do. Related to this value is the benefit of having as many decision-makers as possible participate in decisions to reflect the full range of community perspectives.

The other value is preserving the public’s trust that the agency’s actions are based on principles of fairness and what best promotes the public’s interests — as opposed to decision-makers’ self-interests or those of their friends and family.

In these instances, one strategy is to put yourself in the public’s shoes. What would you think if you were a member of the public analyzing the situation? If you question the ability to put personal interests and loyalties aside, you may want to abstain.

This kind of assessment causes some officials to adopt the practice of avoiding even the appearance of impropriety with respect to their conduct as public officials. Such a practice places a high value on maintaining and improving the public’s perception of government and those who govern. This value reflects a concern that the loss of public trust in government diminishes the community support necessary to address pressing community challenges.

Adopting this approach may mean not participating in an important decision. Perhaps even more difficult is the possibility that those who do participate in the decision-making process may make what you consider to be the “wrong” decision. The decision may affect the long-term interests of the community, and your constituents may disagree with the decision. In fact, some may feel dis-appointed and angry if one participant voluntarily steps aside and others make a decision with which they disagree.

Ultimately, the issue rests in the value you place on ethics in public service and how you want to be remembered by the community and your family. If integrity is part of that picture, then braving criticism for voluntarily refraining from participating in an important decision may be well worth it.

Part 2 of this article will appear in the June issue of Western City and will discuss what to do when one is disqualified and how not voting affects the decision-making process.

The process of determining when an official is disqualified from participating in a decision is a very complex one. A number of statutes, regulations and interpretive opinions flesh out each aspect of the basic prohibitions.

The Fair Political Practices Commission (FPPC) has just completed the process of streamlining the regulations associated with this analysis. The changes have redefined the meaning of the phrase “reasonably foreseeable” in the context of determining whether a decision will have a material financial effect on the official.11

For more information on the new four-step analysis and the status of updates to the conflict-of-interest regulations, see the FPPC web page for newly adopted, amended or repealed regulations at www.fppc.ca.gov/index.php?id=247#1.

Note: Sections in the California Code are accessible at http://leginfo.legislature.ca.gov/. Fair Political Practices Commission regulations are accessible at www.fppc.ca.gov/index.php?id=52. A source for case law information is www.findlaw.com/cacases/ (requires registration).

[11] The FPPC revised the standard used to determine whether a financial effect is “reasonably foreseeable” in 2 Cal. Code Regs § 18701 from being “substantially likely” to being a “realistic probability.”

This article appears in the April 2014 issue of Western City
Did you like what you read here? Subscribe to Western City