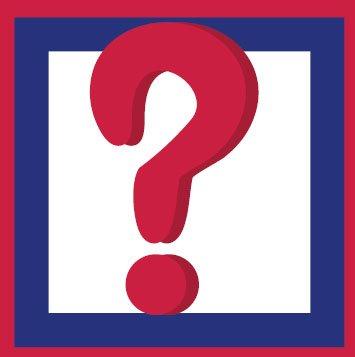 Deciding When to Step Aside From the Decision-Making Process: Abstentions And Disqualifications Part 2 of 2

Western City originally published this article in December 2002; it has been updated for this issue (and again in December 2015). This column is a service of the Institute for Local Government (ILG), whose mission is to promote good government at the local level with practical, impartial and easy-to-use resources for California communities. For more information and to access ILG’s resources on public service ethics, visit www.ca-ilg.org/trust.

Our governing body is struggling with the issue of abstentions. What are the important things to keep in mind when disqualified or abstaining from the decision-making process?

The issues related to refraining from participation in an agency decision can be vexing. As with many ethical issues, it is an area where the law provides some — but not all — of the answers.

Part 1 of this two-part article appeared in the April issue of Western City and covered the distinction between abstaining and being disqualified from the decision-making process, as well as examples that illustrate these situations.

Disqualifications, Abstentions And the Ability to Take Action

The general rule is that a majority of a decision-making body must be present for it to conduct business — a concept known as a quorum.1 Having a quorum ensures that a legally specified minimum number of decision-makers participate in a decision.

Typically a quorum is necessary for an item to pass, although special rules apply to certain kinds of actions or bodies. For example, city council resolutions, orders to pay money and all ordinances require a majority to pass.2 A majority vote of the entire membership of the board is required for acts by county boards of supervisors.3 The law also requires more than a majority of the body in order to take certain actions.4

These special rules reflect a judgment that some agency actions are sufficiently important that the body may not act with just a small number of its members participating in the vote.

How do abstentions and disqualifications affect the existence of a quorum?

The general rule is that elected officials who abstain are counted to determine whether a quorum exists. This includes those who abstain from voting because of a pending question concerning a conflict of interest (for example, an elected official who is waiting to receive an advice letter from the Fair Political Practices Commission may be counted toward the quorum). This is because they have not yet been disqualified; typically their agency attorneys recommend that they abstain pending resolution of the conflict issue.5

Conversely, those who are disqualified from participating in the decision are not counted toward the quorum.6  This includes officials who remain on the dais during the consent agenda but are not participating in a consent item in which they have a conflict.

What to Do if You Abstain or Disqualify Yourself

California law codifies this concept regarding disqualifications.7 Typically a person with a disqualifying financial interest in a decision must take the following series of actions:

For certain officials, the rules require that one leave the room until after the discussion, vote and any other disposition of the matter are concluded unless the matter is on the consent calendar.8

The law does allow a public official to speak on the issue at the same time as the public speaks on the issue if the subject of the decision is the official’s business or property.9

Local elected officials may wish to consider whether, as an ethical matter, they want to also follow these practices when they voluntarily abstain from participating in the decision.

The Duty to Decide

Attending and being prepared for meetings is a major component of an elected official’s responsibilities and ethical behavior — so is voting in general.

It may be tempting to abstain because of concerns about making an unpopular decision or simply not knowing which decision is best. Nevertheless, making decisions is what officials are elected to do. It is manifestly unfair — and unethical — to abstain or otherwise put one’s colleagues in the position of taking the heat for a necessary but unpopular decision.

Concerns About Others’ Participation

What should you do if you have reason to believe that a colleague is disqualified or ought to abstain? Discussing your concerns privately with the colleague is a good approach. If you believe that the colleague may be legally disqualified from participating, a key concern is the penalties for participating in a decision when one is forbidden from doing so.10 Such participation can also harm the agency and those involved by making the decision subject to challenge.11

If your colleague insists on participating, but you are still concerned that the colleague is legally disqualified from participating, the next step is to discuss the issue with the agency attorney and relevant law enforcement authorities.

Being aware of and alert to these issues is critically important. It enables officials to contact their local agency attorney or the Fair Political Practices Commission for help in determining whether they must step aside from the decision-making process.

Making sure that you are legally allowed to participate in a decision-making process is the first step. The second step is to analyze whether you should participate, given relationships and other factors. The question is whether these factors will cause the public to reasonably question if a decision-maker can put the public’s interests and fairness ahead of more personal interests.

Another disqualification and abstention issue arises when a public official has a financial interest in a contract that comes before the agency for approval.

State law prohibits public officials from having a financial interest in any contract made by their agencies.12 This is a prohibition against self-dealing. The prohibition is absolute, and it applies even if the official abstains from voting on the contract and does not participate in any of the preliminary discussions, negotiations, planning or solicitation of bids.

The penalties for violating the contracting conflict-of-interest rules are severe. Violations are a felony, punishable by fines, imprisonment and disqualification from ever holding office again.13 The contract is also “void,” meaning the agency does not have to pay for goods or services received under the contract and may seek repayment of amounts already paid.14

There are limited exceptions to the rule, including when the interest is so small that it amounts to “noninterest” or a “remote interest.”15 There is also a limited rule of necessity.16 A wise approach is to consult agency counsel immediately if you believe you may have an interest in a contract being contemplated by your agency.

Note: Sections in the California Code are accessible at http://leginfo.legislature.ca.gov/. Fair Political Practices Commission regulations are accessible at www.fppc.ca.gov/index.php?id=52. A source for case law information is www.findlaw.com/cacases/ (requires registration).

This article appears in the June 2014 issue of Western City
Did you like what you read here? Subscribe to Western City