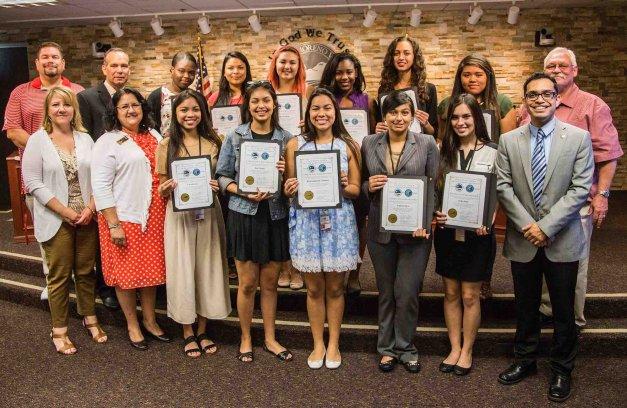 Hang Tran is a program coordinator for the Institute for Local Government and can be reached at htran@ca-ilg.org.

To address these challenges and related issues, cities are collaborating with local school districts to implement civic engagement and work-based learning programs, like the City of Sacramento’s Summer at City Hall. These programs are designed to ensure that local youth are ready for college, careers and civic life. Such programs provide opportunities for youth to:

Many California cities are now customizing such programs to best meet the needs of their residents through available community resources.

After joining the Moreno Valley City Council in 2013, Mayor Yxstian Gutierrez recognized a trend among the community’s young residents. High school students and youths in their early 20s lacked an understanding of basic local government functions and a desire for civic involvement. Gutierrez wanted to address this challenge and the effects of summer learning loss. After hearing about Sacramento’s Summer at City Hall program, he committed to bring a similar program to Moreno Valley.

“An investment in our young people is an investment in the future of our city,” says Gutierrez. “Summer at City Hall provides high school students a unique opportunity to experience the inner workings of their city while learning valuable workplace and life skills.”

Gutierrez understood that to successfully develop a Summer at City Hall program, it was necessary to involve the local school district in the planning and implementation process. After securing the support of the school superintendent of Val Verde Unified School District (VVUSD) and the city manager, the mayor officially began the implementation process.

The city worked with VVUSD to establish clear roles and responsibilities for the program. For example, the school district is responsible for providing and funding lunch and transportation for students as well as hiring a teacher for the program’s classroom instruction. Meanwhile, the city took on the role of facilitating the program, organizing guest speakers and placing interns. The city budgeted $5,000 for the program, which included meeting facilities and youth stipends. To strengthen the partnership, Moreno Valley and VVUSD signed a joint resolution in 2016 establishing the Summer at City Hall program.

“This is a wonderful opportunity for the school district and the city to work together to give our kids the experience and exposure they need to have a competitive edge in the real world,” says Mark LeNoir, assistant superintendent of VVUSD.

Moreno Valley officially launched its first program in June 2016, using Sacramento as a model. The city adapted specific components to best meet the needs of its community. The program included classroom and internship components, but started with a smaller number of students.

“The Summer at City Hall experience helped me understand the different city divisions, their roles and the significant impact they have on the community,” says Ruiz. “I really enjoyed my time with the Economic Development Department. After interning there, I am interested in studying urban development at UC Berkeley next fall.” 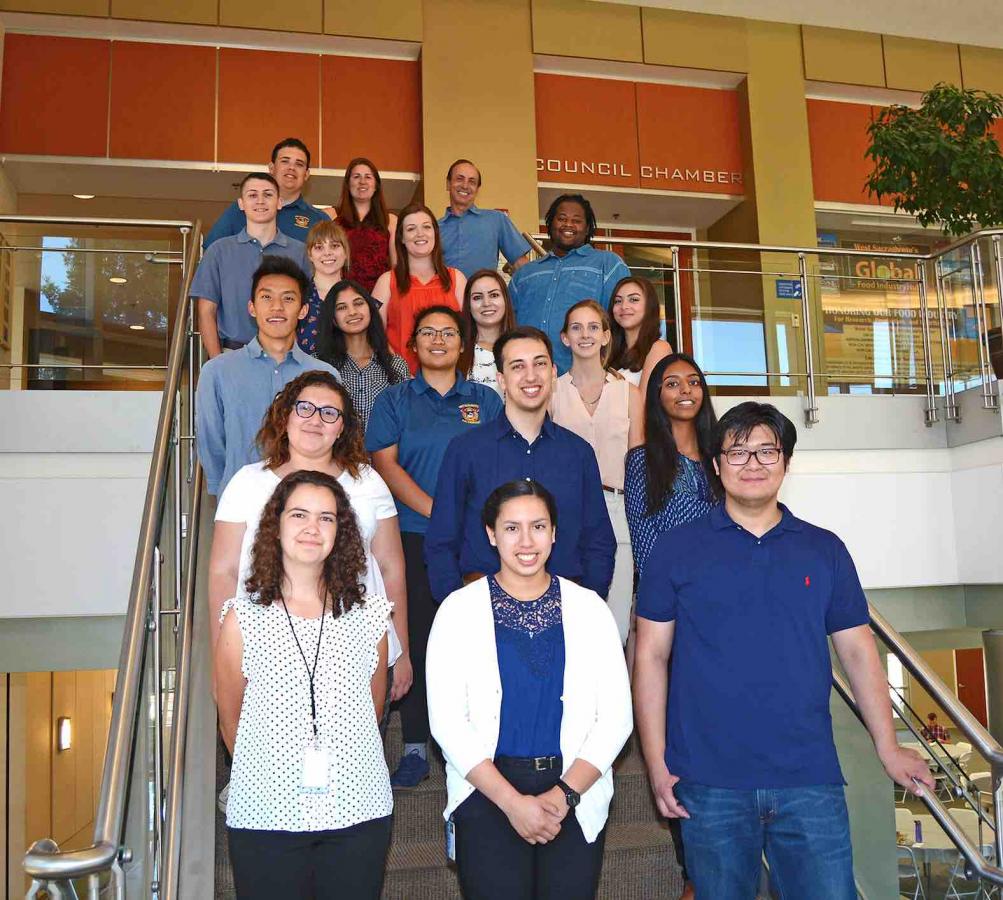 The City of West Sacramento launched the Summer STEPS (Strides Toward Entering Public Service) program in 2015 as part of its efforts to diversify the city’s workforce and create a path to public service careers.

Championed by West Sacramento City Manager Martin Tuttle and the city’s Human Resources division of its Administrative Services Department, the STEPS program offers local youths a work-based learning experience to ensure they are eligible and competitive for an entry-level position within the public sector, ideally with the city.

“The STEPS program is one way in which the city is creating pathways to public service and career opportunities while diversifying our local workforce,” says West Sacramento Mayor Christopher Cabaldon. 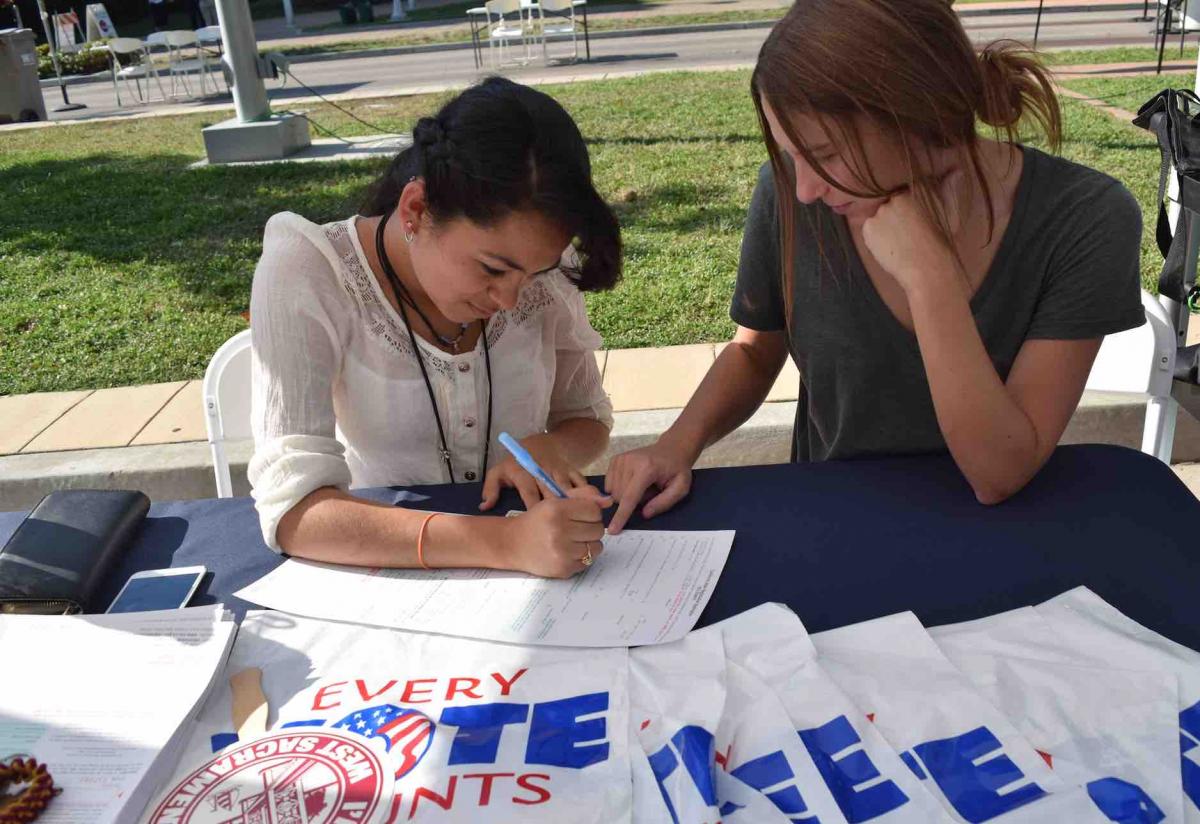 Summer STEPS is open to high school juniors and seniors and undergraduate and graduate students. The eight-week program includes a 40-hour per week paid internship in one of eight city departments. To illustrate the breadth of local government careers and key functions, the program includes weekly “lunch and learn” sessions with a range of guest speakers and field trips to city facilities. Funding for the program comes primarily from the city’s General Fund and costs approximately $70,000 per year.

A significant distinction of the Summer STEPS program is its use of digital badges. To further enhance the work-based learning experience, the city partnered with FutureReady, a project of the West Sacramento Community Foundation, to develop and implement a digital badge component for the program. Students earn digital badges for completing a specific list of tasks or goals during their time in the program. These digital badges serve as virtual credentials, enabling youths to illustrate a skill or experience that they gained during the program. Participants who earn badges also earn hiring preference for Next STEPS, which is a paid fall or spring internship for Summer STEPS graduates.

In its first two years, the Summer STEPS program graduated 43 young people. Four college interns have since become full-time employees with the city, and other graduates have become part-time city employees or have been hired by another city or a private consulting firm. One STEPS intern from West Sacramento even ran for a school board seat in the city’s Washington Unified School District.

“Going into this internship I didn’t know that I was actually going to file for school board, but I got to see more about how the city works and I was inspired about what I can do to help my community,” says Danny Thiraul, 19, Economic and Housing Department 2016 Summer STEPS graduate. 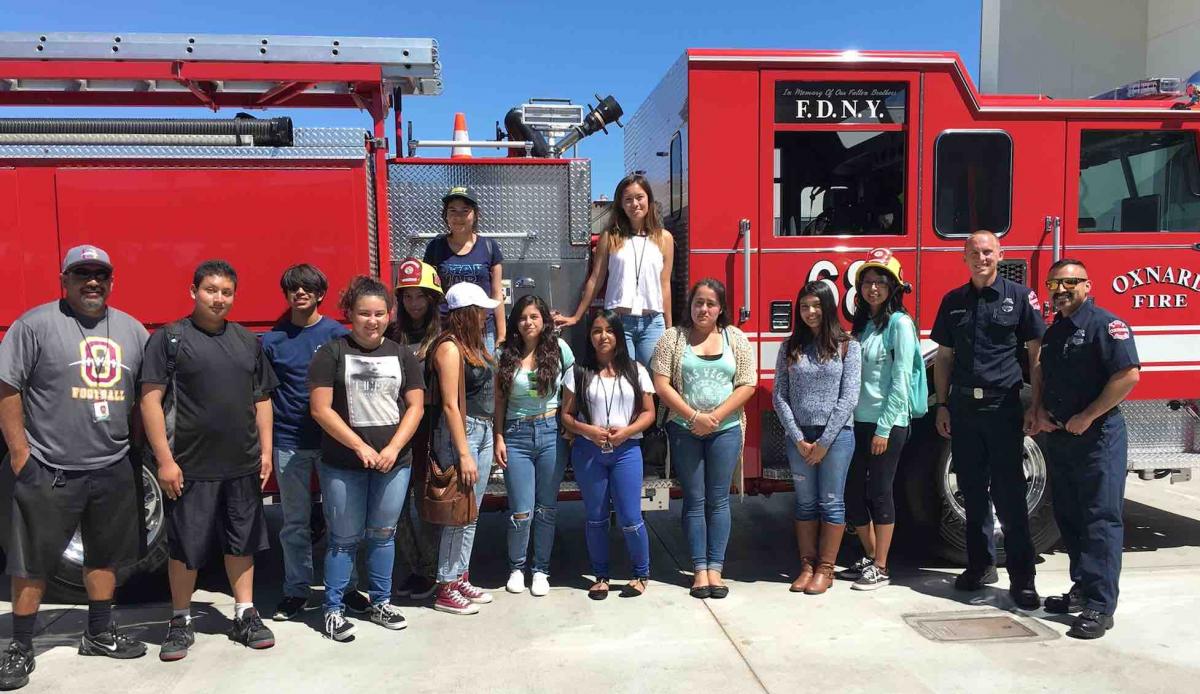 In 2015, the Oxnard City Council passed a resolution declaring itself a “Linked Learning City,” the first of its kind in California. The resolution affirmed the city’s support of the Alliance for Linked Learning, a local innovative collaboration between the Oxnard Union High School District (OUHSD) and local businesses and organizations dedicated to providing students with the skills they need to succeed in college, career and life. Seeking a way to support the resolution, the Alliance for Linked Learning determined that Sacramento’s Summer at City Hall model fit the bill.

Leading the charge was Mary Anne Rooney with the Ventura County Civic Alliance, a coalition of civic leaders, which the school district hired to serve as a business intermediary to guide and implement OUHSD’s work-based learning efforts.

Rooney began by building political will and commitment within Oxnard. She found a champion in Oxnard City Council Member Bryan MacDonald, who spearheaded the Summer at City Hall project. The project was assigned to then-Deputy City Manager Scott Whitney (now police chief), who became an internal champion.

“For cities seeking to implement similar programs, it’s extremely important to have a leader who can champion the project as well as an internal champion who can implement the actual work,” says Rooney.

Another key to the program’s successful implementation was Rooney’s role as an intermediary. Acting as a liaison between the school and city, she was able to bridge the different cultures and language between the two to help assign roles and responsibilities.

“Sometimes these two groups speak different languages, and I facilitated the dialogue between the two to get things done,” Rooney says.

Oxnard’s Summer at City Hall program launched in 2016 with 15 students and featured a five-week program with an internship and classroom components. The Southern California Gas Company provided the stipend for students in the program.

“We had great success with our program. Fifteen high school students were able to broaden their perspectives on potential careers within the city. Many of these students were from low-income families and never would have had this opportunity. This experience helped one student secure a college scholarship from the local chapter of the National Latino Peace Officers Association,” says Police Chief Whitney. “This was our first year and we look forward to building on our successes next year with an expanded program.”

How Your City Can Implement a Program

Moreno Valley, West Sacramento and Oxnard illustrate how cities have customized and adapted civic engagement and work-based learning opportunities for their youth communities. The Institute for Local Government is dedicated to supporting and enhancing these efforts. To learn more about its tools and resources and how you can implement a similar program in your city, read “New Toolkit Helps Governments Engage Youth”.

For more information on the Summer STEPS program 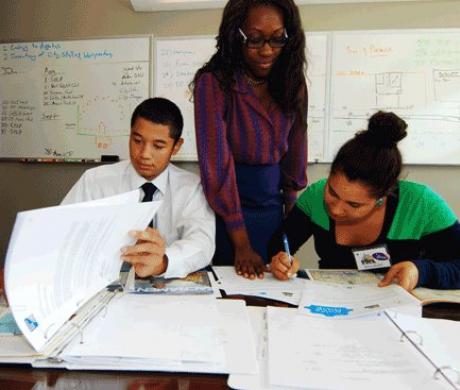 Summer at City Hall focuses on teen learning and leadership and provides a model for other communities seeking to create an engaging and enriching summer program for youth.