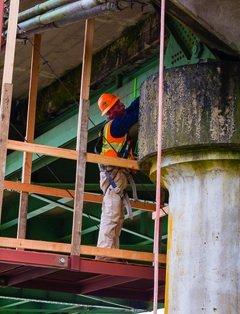 Grappling With the Challenges of Transportation Infrastructure Financing

This month, Western City looks at issues related to public works and infrastructure, with articles on topics that include moving oil by rail, expanding and improving a municipal airport, and more.

In this issue, an article presents the findings of the biennial 2014 California Statewide Local Streets and Roads Needs Assessment. According to the report, the state’s local road network is falling into disrepair at an alarming rate due to aging infrastructure, rising construction costs and budget constraints. With heavier vehicles, increasing traffic and the need to accommodate alternative modes of transportation, the demands on California’s streets and roads are growing. At the same time, a greater percentage of streets and roads are in poor condition and need repair.

How the System is Underfunded

California’s local streets and roads network is currently funded through a variety of sources including the state gas tax, federal transportation funds, local tax and bond measures, and local General Funds. Because funding sources have not kept pace with inflation, we face an ongoing annual deficit of $7.8 billion in the area of streets and roads, and other components of the state transportation system face similar shortfalls.

Some Progress at the State Level

State Budget Included Funds for Streets, Roads and Transportation. The 2014–15 state budget included an additional $242 million for local streets and roads from an early loan repayment and reallocation of State Highway Account funds. Of that, $100 million was an early loan repayment that was taken during the gas tax swap of 2010, while $142 million was a result of accounting errors associated with the gas tax swap and subsequent legislative actions.

In addition, the 2014–15 state budget authorized up to $430 million of the $830 million available to be used for transportation purposes. Specifically, the budget included:

Group Explores Road Usage Charge. Governor Jerry Brown signed SB 1077 (DeSaulnier, Chapter 835, Statutes of 2014), which requires the chair of the California Transportation Commission (CTC), in consultation with the California State Transportation Agency, to establish a Technical Advisory Group to study the feasibility of establishing a road usage charge in California. The CTC took the first steps on the program in December 2014, and the demonstration project should begin by January 2017. While this concept remains controversial, the group will examine the possibility of charging road users by the number of vehicle miles traveled. 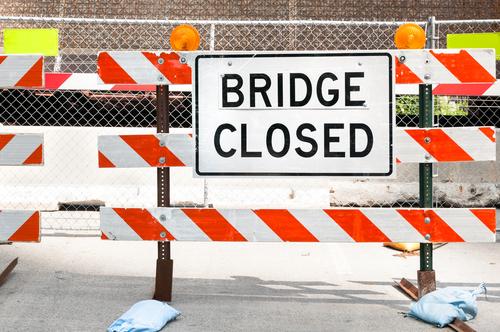 Working Group Looks at Transportation Deficit. To help shape future transportation policy development, the League participates in the governor’s California Transportation Infrastructure Priorities (CTIP) Working Group, which released its “Vision and Interim Recommendations” in early February 2014 (online at www.calsta.ca.gov). The document outlines a vision for California’s transportation system that reflects input from the members of CTIP but does not represent unanimous consensus. The vision focuses on three objectives of mobility, safety and sustainability. It sets forth recommendations to:

Expanding County Transportation Sales Taxes. Voters in 20 “self-help counties” representing 81 percent of California’s population have passed sales tax measures specifically for transportation that are expected to fund over $95 billion of voter-approved transportation investments by 2050. They include $23.9 billion for local streets and roads and $1.3 billion to support bicyclists and pedestrians. Currently 17 “aspiring counties” are either exploring sales tax measures or have failed to pass them — sometimes very narrowly. If a sales tax measure were to pass in all of these counties, an estimated $316.9 million a year would be generated for transportation needs. A number of ongoing legislative efforts have sought to decrease the required voter threshold for local measures from two-thirds to 55 percent for a variety of uses, including transportation.

Implementing Technological Efficiencies. Cities are constantly asked to do more with what they currently have, and many have answered that call. In the 2014 California Statewide Local Streets and Roads Needs Assessment, more than 150 agencies indicated that they have employed one or more recycling techniques, such as using reclaimed asphalt pavement, cold-in-place recycling and full-depth reclamation. These techniques are reported to have cost savings ranging from 11 to 32 percent when compared to conventional mill and fill overlays or reconstruction.

Although not all streets and roads are good candidates for recycling (reasons include shallow utilities, inadequate pavement sections, geometric factors and so forth), a conservative estimate indicates that agencies can potentially save as much as $912 million a year using recycling paving techniques. This essentially stretches the existing paving budget of $1.66 billion to $2.57 billion — an increase of 55 percent.

Local Vehicle Registration Fees. In 2012, Gov. Brown signed SB 1492 (Leno, Chapter 838, Statutes of 2012), authorizing the San Francisco Board of Supervisors to adopt a local surcharge assessment on vehicle registrations within the county for general revenue purposes. This assessment is required to be approved by two-thirds of the members of the board of supervisors and then approved by a majority of the voters. The rate charged on vehicles (the combination of existing rates and the authorized local San Francisco rate) cannot exceed a total of 2 percent.

Though the measure has not been placed on the ballot for voter consideration, the League continues to monitor the effort. It may be an option that other jurisdictions want to pursue in the future.

Index the Gas Tax. Tying the state gas tax rate to the Consumer Price Index (assuming a 2 percent per year rate of growth) would raise approximately $48 million per year. Under current law, revenues would be split between the cities, counties and state using current formulas. This is a modest increase and will not have a significant impact on the current shortfall, but it will at least partly mitigate future increases in construction costs. The present base rate for the state gas tax is 18 cents per gallon.

Restore the Gas Tax to 1994 Levels. Raising the gas tax to 1994 levels (an increase of 9 to 10 cents per gallon) could immediately increase the funding by an additional $1.7 billion a year (considering inflation only). Like indexing, revenues would be split between cities, counties and the state.

Reinstate the State Sales Tax on Gasoline. In November 2002, California voters approved Prop. 42, which dedicated revenues from the sales tax on gasoline to transportation purposes. In 2010, the state enacted a gasoline tax swap that eliminated Prop. 42 sales tax revenues. It replaced them with an additional gas excise tax, which is adjusted annually to remain neutral with what would have been collected under Prop. 42. However, Prop. 42 is still in state law and may be reinstated with a two-thirds vote of the Legislature. The sales tax on gasoline would have generated about $2.8 billion annually if it were still in place. If shared between the state, transit, counties and cities in the same manner as the previous sales tax, it would generate $560 million for cities in the same fiscal year. 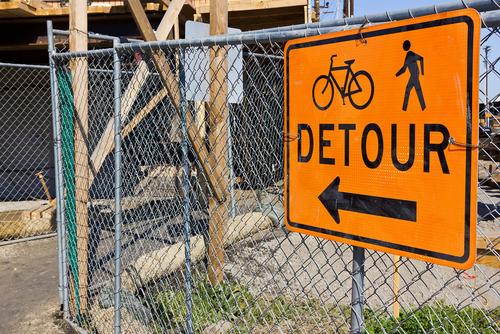 A Glimmer of Hope

The ideas and options presented in this article are simply a snapshot of recent actions and possible ways to address the transportation and infrastructure deficit in the future. They should not be construed as proposals put forth by the League.

Without dependable infrastructure, California’s future is in peril. Although the size of the state’s annual deficit for streets and roads and the state transportation system appears staggering, the issue is receiving considerable attention from numerous groups and agencies, as described here.

California is home to much of the world’s innovative thinking, and this fact may offer a glimmer of hope to local officials grappling with the challenges of crumbling infrastructure. Despite the immensity of the obstacle, it is not insurmountable. As local elected officials, we must continue to educate our communities about the importance of this issue and work with our state leaders to identify and implement practical solutions to this extremely urgent problem.

Following years of “no new taxes” pledges and periodic one-time investments in transportation that led to uncertainty and instability in funding, signs are emerging that the politics related to transportation revenues are changing at both the state and federal levels. In his 2015 inaugural State of the State speech, Gov. Jerry Brown emphasized that it is time for California to address deferred maintenance for roads, highways and bridges, saying, “Each year, we fall further and further behind, and we must do something about it.” At the same time he seemed to rule out using bonds to pay for transportation, favoring instead a pay-as-you-go approach. Citing the successful bipartisan effort in 2014 to address California’s water challenges through Proposition 1, he asked Republican legislators to join him and the Democrats to develop a solution to the problem of deferred infrastructure maintenance.

At the federal level, the chances of a revenue increase may have improved slightly. Although some political observers believe that such a scenario remains unlikely, Republican members of both the House of Representatives and U.S. Senate have recently mentioned shoring up transportation spending — either through a gas tax increase or a tax based on vehicle miles traveled.

One thing is certain: No possibility can be completely ruled out.