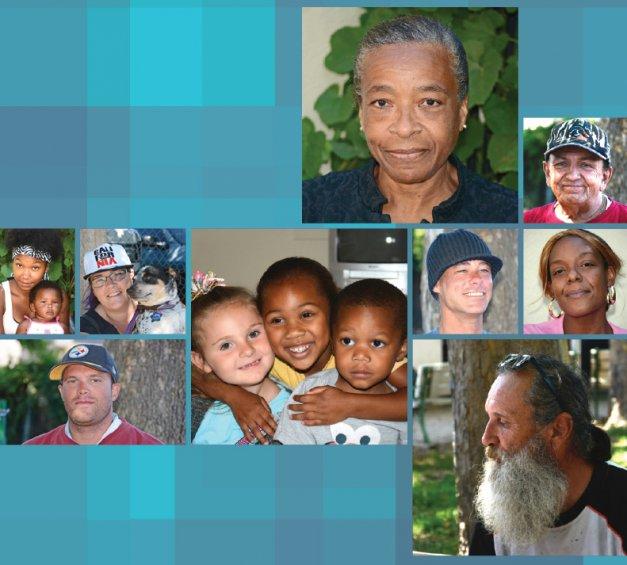 Cory Golden is a former policy analyst for the League.

The League is taking unprecedented steps in response to an alarming increase in the state’s homeless population. Its board of directors approved the formation of a first-ever standing joint task force with the California State Association of Counties. This group of local elected officials and city and county staff is slated to meet for the first time during fall 2016 to discuss policy related to addressing homelessness.

“The League is committed to advocating for state and federal funding and policy tools that cities desperately need to address the crisis of homelessness,” says McKenzie. “It’s our hope that the task force will also serve as a model for the kind of collaboration needed to aid a homeless population — collaboration that’s not fixated on political boundaries.” 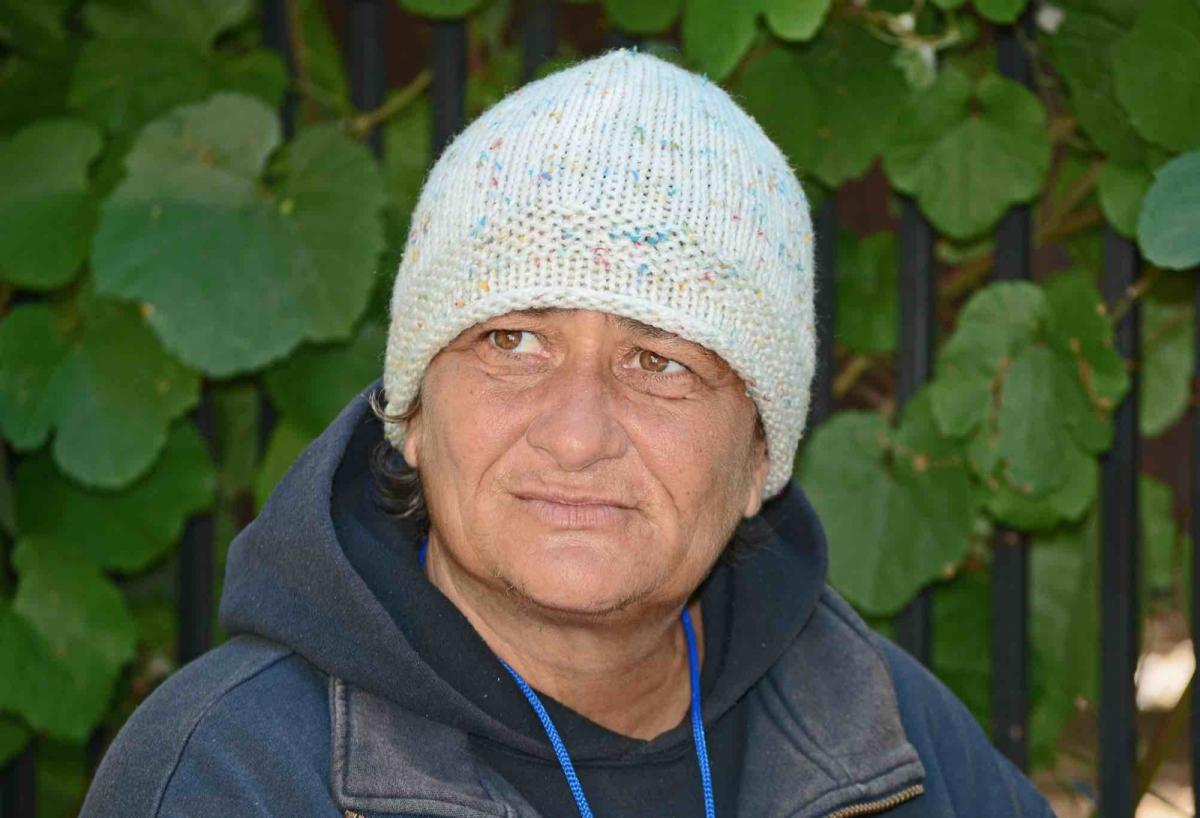 The challenge ahead is daunting. The January 2015 federal Point-in-Time count found that homelessness in California increased 1.6 percent from 2014–2015, making it one of only 17 states to see an increase in the number of men, women and children experiencing homelessness. Statewide 115,738 Californians were counted as homeless. Of those counted, 73,699 people were unsheltered — by far the largest such population in the nation. This marks a disturbing reversal of the 2007–2015 trend, which had seen a 16.7 percent drop in the state’s homeless population.

Los Angeles is not alone, however. Among metropolitan areas with the nation’s largest homeless populations, three others are also in California: San Diego (8,742), San Francisco (6,775) and San Jose (6,556). Many smaller cities in the state are also wrestling with how to address a problem frequently called a humanitarian crisis.

California’s increase in homelessness has run counter to the national trend. From 2010–15, homelessness in families nationwide dropped 11 percent overall, with a 26 percent drop in the unsheltered veteran population, since President Obama launched Opening Doors (www.usich.gov/opening-doors), the federal strategy to prevent and end homelessness. 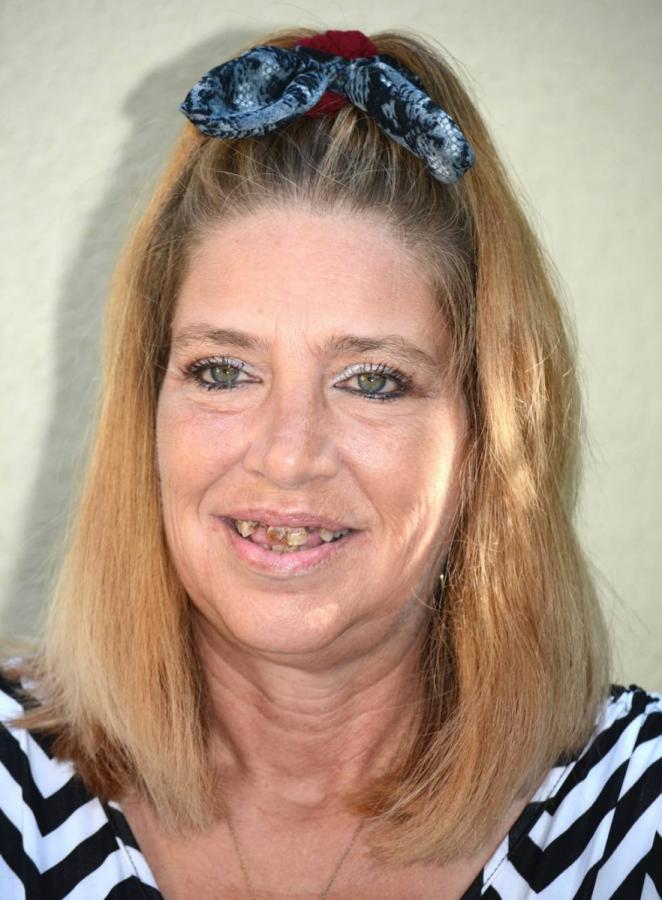 Recent success in reducing the numbers of men, women and children on the nation’s streets has focused on variations of the evidence-based “Housing First” model, which seeks to house homeless people and then provide support as they address their other challenges. It includes tactics like coordinated entry, rapid re-housing (moving a client into housing within 30 days of becoming homeless) and, in the most difficult cases, permanent supportive housing.

Housing First has proved particularly successful in the nationwide effort to house homeless veterans. Cities as varied as Philadelphia, Phoenix and New Orleans and states like Utah and Virginia have reached “functional zero” for their numbers of homeless veterans, using a well-coordinated system that makes homelessness rare, brief and nonrecurring.

The federal government has also emphasized the Housing First model in its funding programs. The change has not been without growing pains, as money for traditional transitional shelters has been cut — in some cases dramatically.

The Link With Housing Affordability

Homelessness is principally an issue of housing affordability, and many regions of California are experiencing historically high housing costs at a time of ever-growing income gaps between the rich and the poor.

Federal and state support for affordable housing has fallen off dramatically. The 2012 dissolution of the state’s 60-year-old redevelopment program resulted in the loss of $1 billion in housing funding for cities.

At the federal level, key affordable housing programs have decreased dramatically from pre-recession levels. From 2005– 2015, federal investments in several critical housing development programs declined significantly. These include a: 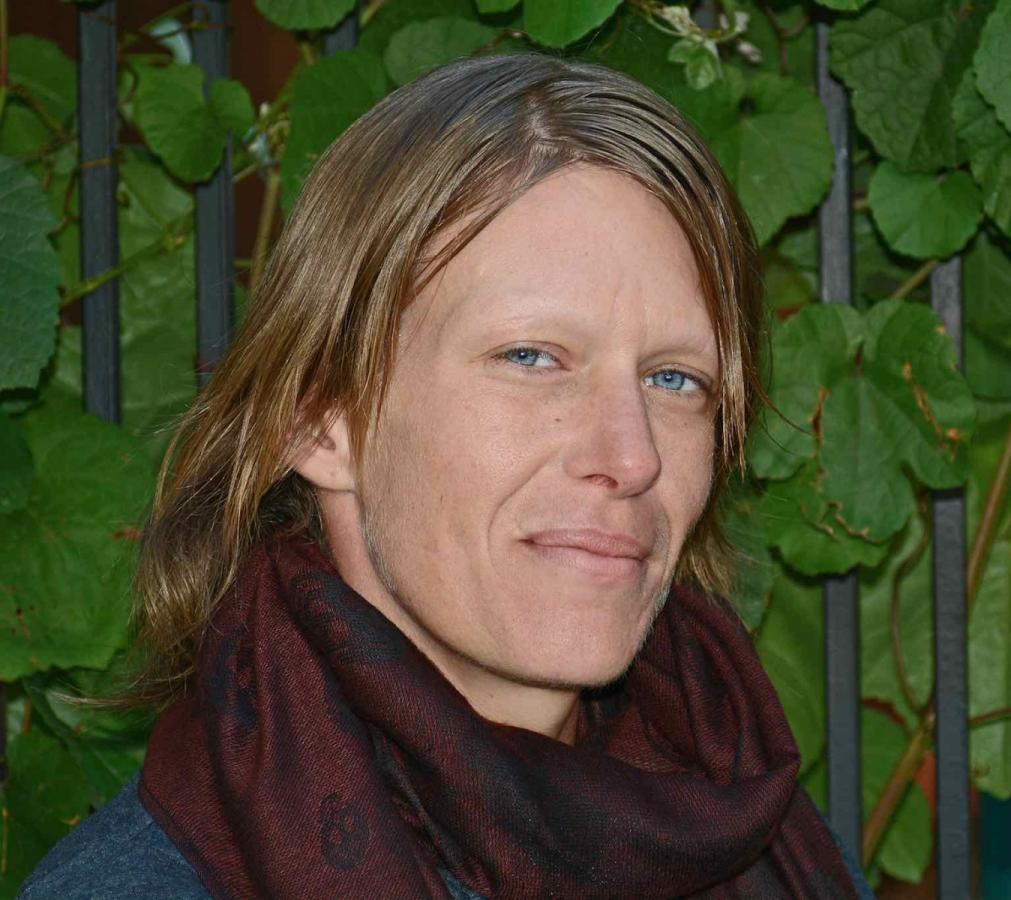 Drug addiction, including methamphetamine and heroin use, and mental illness further exacerbate the struggle of homelessness for many. Statewide, the number of available psychiatric beds fell by one-third from 1995–2010, according to the California Hospital Association. Law enforcement officials also point to the 2014 passage of Proposition 47, which reduced a variety of nonviolent offenses from felonies to misdemeanors, including drug possession and property offenses — crimes often committed by people trying to get money to buy drugs. Statewide data about the ballot measure’s impact, however, was not yet available as Western City went to press. 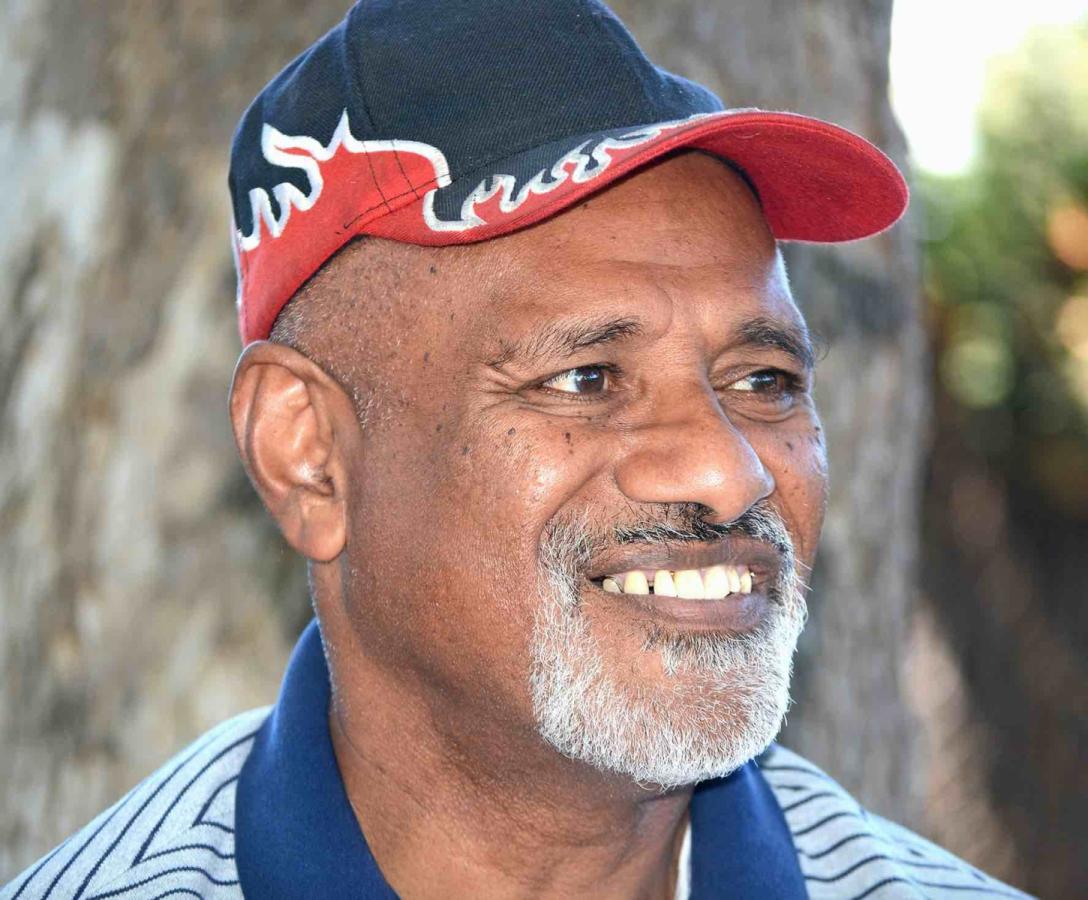 League Focuses on the Issue

The League has doubled down on its policy, legislative and educational activities related to homelessness since its board of directors made addressing chronic homelessness and housing affordability one of the organization’s top three strategic goals for 2016.

The League’s first activity related to the strategic priority featured a series of informal working group teleconferences with officials from approximately 20 cities of varying size and geography. Participants discussed what was working in their communities, the challenges they faced and what they believed would assist their efforts. The calls revealed a wide variety of collaborative efforts that showed promise but often lacked the funding to scale up and assist more people.

In Stanislaus County, the first gathering of an effort to focus on homelessness prevention attracted about 500 people representing Modesto and other local governments, businesses, nonprofits, schools, law enforcement — “anyone and everyone” who has an interest in or a role to play in addressing homelessness.

In Oakland and Alameda County, coordinated intake has helped reduce the number of homeless families. Instead of people being given services based on their first point of contact, every homeless person receives the same treatment. As a result, they are more likely to receive the services they need. For example, if the first point of contact is with a police officer, the homeless person isn’t necessarily taken to the jail and can still receive mental health or other needed services. Oakland, Berkeley, the county and mainstream agencies created a north county pipeline group that uses this coordinated intake approach. The pipeline program is partnering with the Oakland Housing Authority (the largest landlord in Oakland), which has built two permanent supportive housing developments as part of the partnership.

Humboldt County and the City of Eureka held their first joint meeting in recent memory to discuss the details of a joint plan. Cooperative work by the City and County of Fresno, together with community partners, reduced that region’s homeless population by 48 percent between 2009 and 2016. In San Bernardino, the city and county are working on a combined plan they hope can be a template for other cities in that area. They also created a one-stop information center about services related to homelessness. 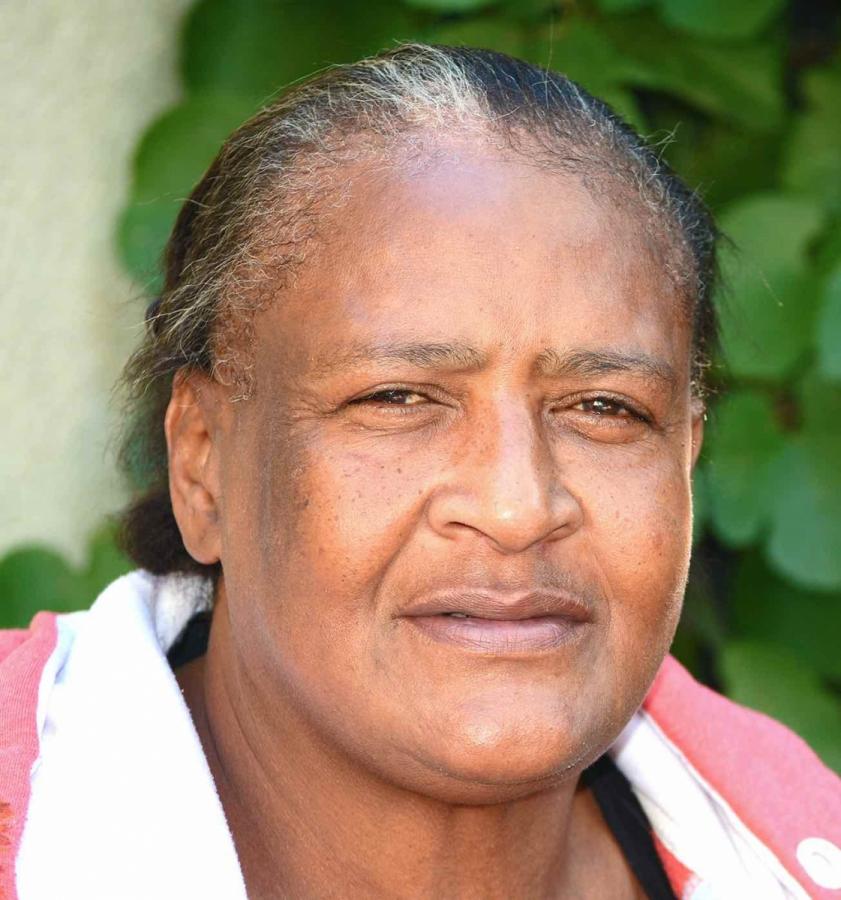 The City of West Sacramento and Yolo County launched a four-month pilot program that moved an entire encampment of 65 people and their pets off private land and into a motel. Of those, 36 people — many of whom had been on the streets for a decade or longer — remained in permanent housing almost a year later.

Los Angeles has taken on the largest challenge, where the city estimates that it will cost $1.9 billion over the next decade to properly address the homelessness problem. The city and county released lengthy reports in tandem, each with dozens of action items. The reports emphasize the need for all-hands-on-deck cooperation.

Los Angeles and San Francisco are among the cities looking at ballot measures to fund efforts to address homelessness.

Following its working group calls, League staff presented a series of guiding principles for advocacy to its Housing, Community and Economic Development and its Community Services policy committees. The principles include advocating for additional, flexible funding for affordable housing, mental health, drug treatment and first responder training. The League board adopted the principles on Feb. 18, 2016. The board also voted to support, in concept, Senate President Pro Tem Kevin de León’s bipartisan “No Place Like Home” Initiative. Gov. Brown signed AB 1618 (Chapter 43, Statutes of 2016) into law July 1. 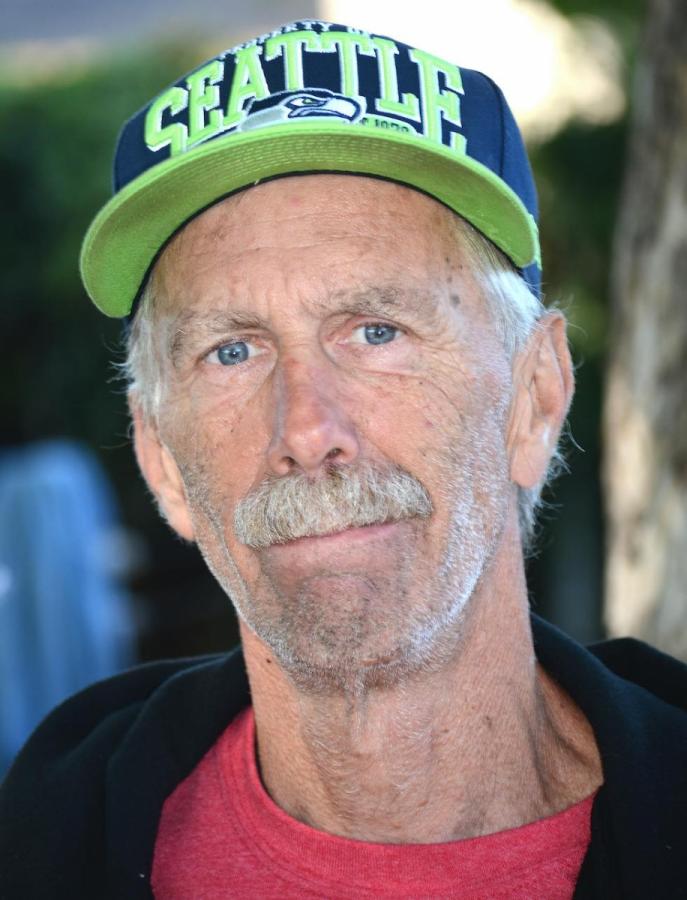 No Place Like Home calls for the state to sell $2 billion in bonds to construct permanent supportive housing for people with mental illness who experience chronic homelessness. These people typically need the most assistance and represent the most difficult and costly cases. The bonds would be paid back with revenues from Prop. 63 (2004), the Mental Health Services Act, which is funded by the so-called “millionaire’s tax.”

The cost of inaction would be still greater. A six-year study of Santa Clara County found that the most expensive 10 percent of the homeless population costs an average of $67,000 each per year — compared to $19,000 per year when housed.

Indeed, most cities already have a homelessness program, in fact if not in name. The City of Sacramento, for example, discovered that it spent $13.6 million in city funds annually on homelessness-related costs ranging from paramedic calls to encampment cleanups. 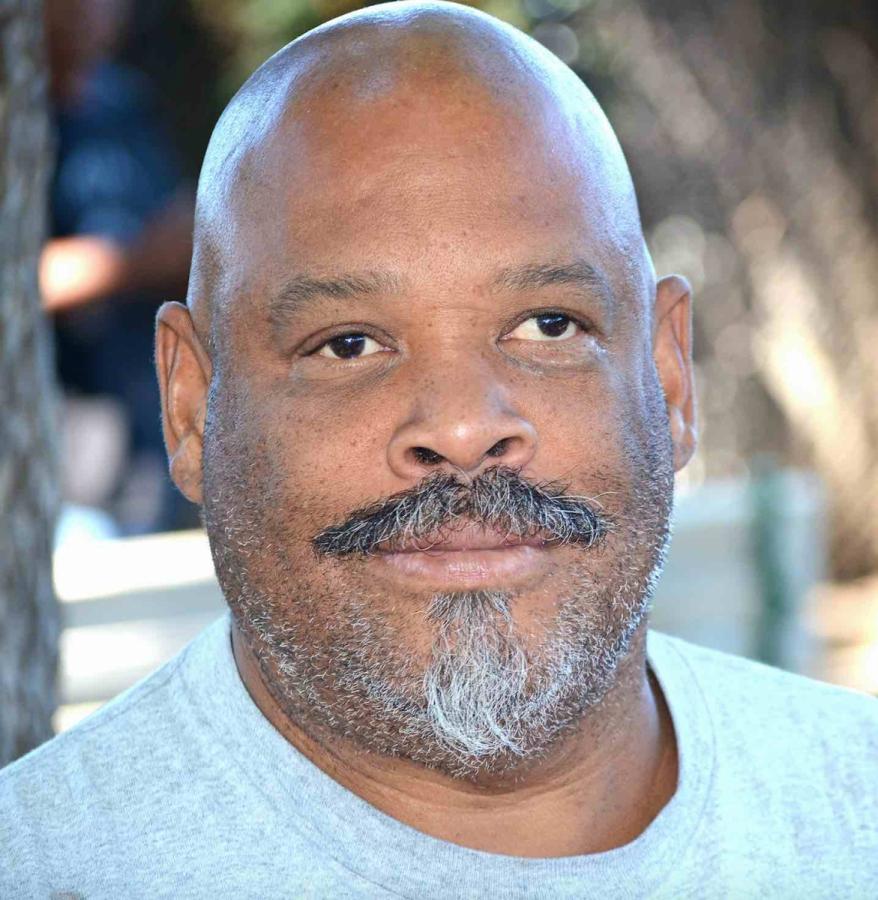 A challenge as complex as homelessness defies easy solutions. The League has developed many resources to help cities in their efforts to address homelessness. A March 2016 League-hosted webinar attracted participants from more than 115 cities. The webinar featured speakers from federal, state and local agencies and covered homelessness trends, state and federal programs and fundamental best practices. 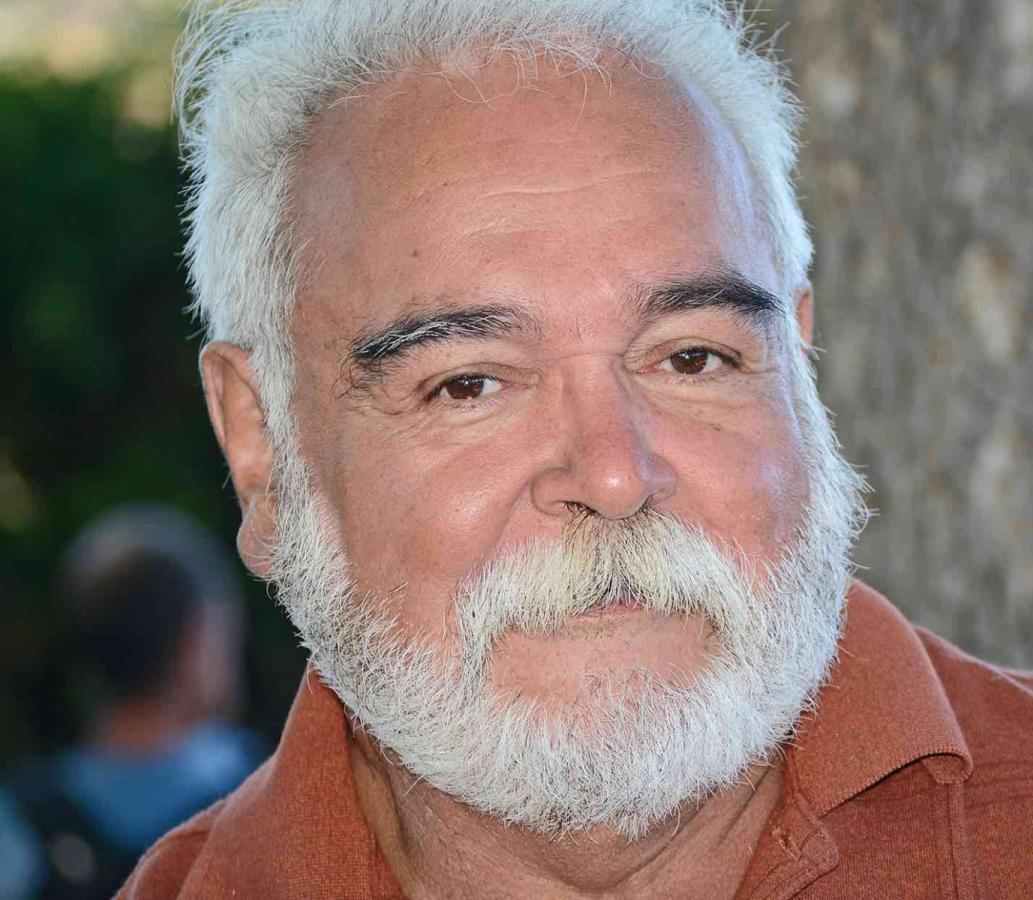 Related Sessions at the 2016 Annual Conference

Engaging and Serving the Homeless Population Through Parks & Recreation, Thursday, Oct. 6, 8:00–9:30 a.m. Learn how the City of Eureka, through a process of trial and error, successfully developed a way to identify and serve homeless youth and families at no additional cost to the General Fund, empowering the city to provide access to programs and services such as youth development, job workshops and family literacy events. Participants will receive guidelines and a successful model for partnering with outside agencies, discovering unidentified needs, overcoming unforeseen challenges and more.

This information was current as Western City went to press. Check the on-site conference program and the League app for updated information or visit www.cacities.org/acsessions.