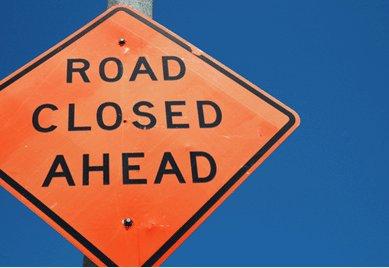 The Impact of Our Crumbling Infrastructure on California’s Economy

This month Western City focuses on infrastructure and public works. One of the League’s strategic priorities for 2013 (www.cacities.org/priorities) is to “Expand community and economic development tools and funding options for city services.” This includes finding new ways to support investment in public infrastructure and expansion of affordable housing.

During the past two years activities in the Legislature have been focused on trying to stabilize the state’s fiscal situation and address the budget deficit. With the passage of Proposition 30 in November 2012, the prospects for achieving this are much improved.

Assessing the Condition of Infrastructure

According to the American Society of Civil Engineers (ASCE), infrastructure investment has not kept up with the demands of California’s growing population and much-needed renewal and maintenance continues to be delayed. The ASCE published its California Infrastructure Report Card in 2012 (online at www.ascecareportcard.org), which gave the state’s infrastructure an overall grade of “C” and indicated that an additional annual investment of $65 billion is needed.

The report card provides an evaluation and letter grade for eight of California’s critical infrastructure areas:

When the ASCE released its previous report card in 2006, it set the amount needed to repair and upgrade infrastructure at $37 billion annually. Six years later, that price tag is $65 billion annually.More than 100 civil engineering professionals with specialized technical expertise analyzed data and evaluated reports on the physical conditions of the infrastructure areas to produce a fact-based assessment. In almost every category, lack of funding was cited as a reason for the low grades.

A new report by the League echoes the findings of the ASCE report card. The 2012 California Statewide Local Streets and Roads Needs Assessment, which will be released next month, surveyed all 58 counties and 482 cities and covers 98 percent of the local streets and roads system. The report shows that delaying repairs carries a high cost, both economically and from a public safety standpoint. Essentially, the longer this work is delayed, the more expensive it becomes, because deterioration occurs every day. (For more about the report, see New Report on Roads: Fix Problems Now or Pay More Later.)

Municipal infrastructure urgently requires upgrades and repairs — and a way to pay for them. California’s cities have lost ground in their ability to address infrastructure and affordable housing issues over the past two years, primarily due to the loss of redevelopment.

In response, in early 2012 the League launched its Task Force on the Next Generation of Economic Development Tools. The task force has been working with legislators to help address legal points that have prevented infrastructure financing districts from functioning as effective economic development tools for cities. Early in the 2013–14 legislative session, Sen. Lois Wolk (D-Davis) introduced SB 33, a measure to update Infrastructure Financing District law and make it a useful tool to help cities maintain, repair and rebuild critical infrastructure and create economic development in their communities.

An effort has also begun in the Legislature to create some type of replacement tool for redevelopment, including the introduction of SB 1 by Sen. Darrell Steinberg (D-Sacramento). As this effort progresses, we need to make sure the end result is workable for the communities that need it most. The League looks forward to working with our state policy-makers to help craft viable solutions.

To meet the challenges related to infrastructure, local governments need more options and flexibility — including broader authority to go to the voters, with a lower vote threshold so that local communities can take care of their own infrastructure needs.

The Role of Infrastructure in Meeting State’s Goals

The state’s goals around reducing greenhouse gas emissions are based on a vision that concentrates growth in urban cores and utilizes transit more fully. For these policies to succeed, cities must also be successful — and that requires, to a great extent, having the necessary infrastructure improvements to support this vision.

About 83 percent of the state’s population lives in cities, where most jobs are located. The state’s population continues to grow at a rate of about 300,000 to 400,000 per year. Most of these people will be living in cities. To avoid sprawl and meet the state’s environmental goals, cities need resources and a larger solution to California’s infrastructure problems.

State and local governments must work together to develop long-term strategies for meeting the goals of reducing greenhouse gas emissions and supporting economic development. One thing is certain — these goals are not going to be met by neglecting infrastructure.

Gov. Jerry Brown has indicated that he wants to focus on completing some long-term infrastructure projects, including the state’s water delivery system. Given California’s population and seismic issues, significant investments are needed in the state’s water system.

But water is only one piece of the infrastructure puzzle. What is Gov. Brown’s vision for how cities are going to upgrade and repair crumbling roads, bridges and more? As the former mayor of Oakland for eight years, he is familiar with the infrastructure needs of cities and understands that addressing them is critical to our state’s future.

We stand ready to work with Gov. Brown to meet the challenges that face California. With the passage of Prop. 30, it’s time to talk about the future. As the condition of roads, bridges and other infrastructure continues to deteriorate, we need a plan that involves state and local governments working together for the long-term benefit of California.