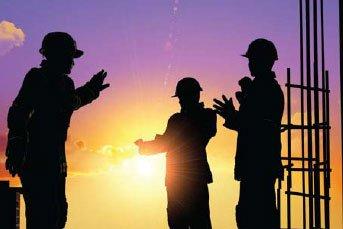 Jobs and the State’s Inability to Connect the Dots

There’s not much cheerful news on the economic front in California, and perhaps the most alarming indicator is unemployment. A recent Los Angeles Times article reported that “the state’s jobless rate of 12.5 percent in January was its worst on record and fifth-highest in the nation.” In eight California counties, unemployment topped 20 percent. These numbers did not change in February.

Jobs and the economy constituted a major focus for local officials when the League set its strategic goals for 2010. Two of the three goals addressed economic development and jobs-related issues:

The League is utilizing several strategies to achieve these goals, including providing regular updates to cities on funding opportunities available through the American Recovery and Reinvestment Act (ARRA) of 2009. On the federal front, the League is working with President Obama’s administration and our elected representatives in the U.S. Senate to increase job production at the local level by expediting the release of ARRA funds and encouraging additional funding for existing programs, such as the Community Development Block Grant, the Sustainable Communities Initiative, the Energy Efficiency and Conservation Block Grant and others. And the League is working to qualify the Local Taxpayer, Public Safety and Transportation Protection Act of 2010 for the November ballot; this measure would protect local revenues, including redevelopment funds, from state raids (visit www.savelocalservices.com for more information).

In the meantime, what is the State of California doing to create jobs and generate economic activity? The state’s job-creation efforts are fragmented at best. According to a recent Sacramento Bee article by two members of the Little Hoover Commission, “The state’s economic development programs are not organized in a way that businesses and cities can use them — or even find them … the state government lacks a vision or a voice for California economic development.”

The Role of Redevelopment

Redevelopment represents the sole effective mechanism the State of California has for economic development. More than 397 local redevelopment agencies are active in communities throughout California; they are the most important tool we have to help breathe new life into areas in need of revitalization.

Redevelopment agencies buy blighted property in run-down areas, clean up contaminated soil and build public improvements and infrastructure so the site can be used for housing and business. This in turn attracts private investment and creates a chain reaction where the ultimate economic output and benefits to the community exceed the original public investment. When redevelopment agencies make improvements to deteriorated areas, property values in those areas rise, and so do property tax revenues.

In North Richmond, the local redevelopment agency used a $500,000 investment to induce a manufacturer to remain in the area. This saved 325 jobs and resulted in private investment of $12 million in rehabilitating a vacant and blighted industrial building.

Redevelopment is all about jobs, but the Legislature and Gov. Schwarzenegger have approved taking $2.05 billion in redevelopment revenues. These are local tax dollars generated locally. If these funds were invested in typical redevelopment projects, they could support 198,000 full- and part-time jobs in construction and related industries. The result of the state’s taking more than $2 billion is that redevelopment agencies statewide have stopped making new investments and commitments to projects that would generate new economic activity.

California’s cities are also aggressively pursuing opportunities to stimulate job growth. The City of Downey has secured $14 million for infrastructure and energy efficiency retrofit improvements through ARRA. Long Beach is using $14.7 million in ARRA funds to launch one of its largest road improvement projects in the past decade. Sunnyvale has streamlined its process to speed construction of much-needed projects and generate jobs (see “Sunnyvale Dramatically Accelerates Capital Improvement Projects”). The City of Lancaster has developed a broad array of programs and customized incentives to assist businesses, from struggling start-ups to Fortune 500 companies.

It’s no secret that cities and local redevelopment agencies are California’s economic development engines. The State of California is reaping tremendous advantages from the investments in infrastructure and incentives created at the local level but appears utterly oblivious. No one in state government seems to understand that taking $2.05 billion in redevelopment revenues cost nearly 200,000 jobs that would have been generated by that money. None of our state leaders appear to comprehend that the state loses that much — or more — in tax revenue when it strangles redevelopment.

It’s incredible that our state officials are unaware that economic development occurs at the local level and creates enormous benefits for the state because of the tax structure. Our leaders should be working to develop state policies that complement what’s happening locally, but they can’t seem to connect the dots. California’s economy is in the worst shape since the Great Depression, and the state is shutting down its only viable source of economic development.

This is why the League is working harder than ever to protect funding for local services, including redevelopment, but we can’t do it without you. Visit www.savelocalservices.com to learn what you can do to help.