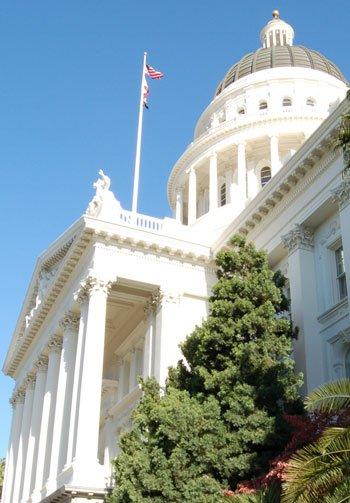 Stepping back every few years to evaluate strategies and tactics is essential for a major organization to remain effective. The League took this approach during the past year through the work of a special task force of city officials from throughout the state. In April 2013 the League board of directors adopted the task force’s recommended Multi-Year Advocacy Strategies to Expand and Protect Local Control. And in November 2013 the leadership of the League board, divisions, departments, policy committees and caucuses gathered to collectively assess the progress made so far on implementing the new strategic advocacy plan and to set policy goals for 2014.

The plan not only laid out a series of strategies and tactics for the League in 2013 but also established a five-year multifaceted organizational roadmap. The plan focuses on:

Major developments on the legislative front provided motivation for setting a new advocacy strategy. November 2012 brought a class of legislators to the Capitol who were elected under significantly different redistricting and primary (top-two) and term-limit rules, allowing them to serve 12 years total in one house or a combination of both. Nine new legislators are alumni of the League’s own prestigious California Civic Leadership Institute®, an educational program for local government elected officials who are interested in running for the Legislature.

The task force and board of directors concluded that these developments were so significant that they collectively may help legislators to cultivate deeper policy expertise, work more closely with the League and produce better legislative outcomes for cities. While time will tell whether this is correct, it appears to be a reasonable hypothesis that the League’s new advocacy strategy is designed to test.

Implementation of the strategy began in early January 2013 with city officials, the League’s officers, board members and League lobbyists investing considerable time in meeting face-to-face with legislators, their staff and key administration personnel. The effort continued throughout the legislative session with hundreds of meetings with legislators and staff, supplemented by phone calls, letters and emails. At key stages in the legislative process, city officials were active contributors to the League’s legislative strategy, meeting with legislators — at times in their districts — to drive home the importance of local control and the League’s policy goals of economic development and continued pension reform. On one critical gut-and-amend effort at the session’s end, a city official was able to secure a meeting with the author of a bill that the League strongly opposed, opening the door to vitally important amendments.

Assessing Progress and Looking Ahead

When the dust of the legislative session settled, the League had clearly made substantial progress on economic development legislation. The pension reforms of the prior year were being effectively implemented and protected from possible erosion. The League also took important steps to improve its relationship with the California Public Employees’ Retirement System (CalPERS) as that agency carries out its continually evolving policies that dramatically affect city budgets.

When the leadership of the League’s divisions, departments, policy committees and diversity groups gathered in November with the League board for the annual goal-setting meeting, League staff was pleased to report that the organization had concluded a largely successful 2013 legislative year. This suggests that the League’s new multi-year advocacy strategy is having a positive impact overall. While dealing with hundreds of bills during the session, the League sponsored bills and also stopped or obtained significant amendments to many others affecting local control and revenues, secured the passage of some important economic development bills and laid the groundwork for progress on economic development in 2014.

The League adopted three strategic policy goals for 2014 at the November meeting. (These goals are intended to encompass and supplement the resolutions adopted by the General Assembly at the League’s 2013 Annual Conference concerning the important needs of cities in the area of water infrastructure and improved implementation of the 2011 AB 109 public safety realignment.) The 2014 goals are:

While implementation of the new advocacy strategy will continue throughout 2014, city officials should take pride in their early successes and consider continuing to invest in this important effort. After all, the best lawsuits and statewide ballot measures are the ones that are unnecessary because the League, state Legislature and governor are collaborating effectively to meet the needs of the many millions of Californians; share a mutual respect for the important role each plays in doing so; and agree to focus on the strategic goals outlined here and on other important issues that will arise.

This article appears in the January 2014 issue of Western City
Did you like what you read here? Subscribe to Western City