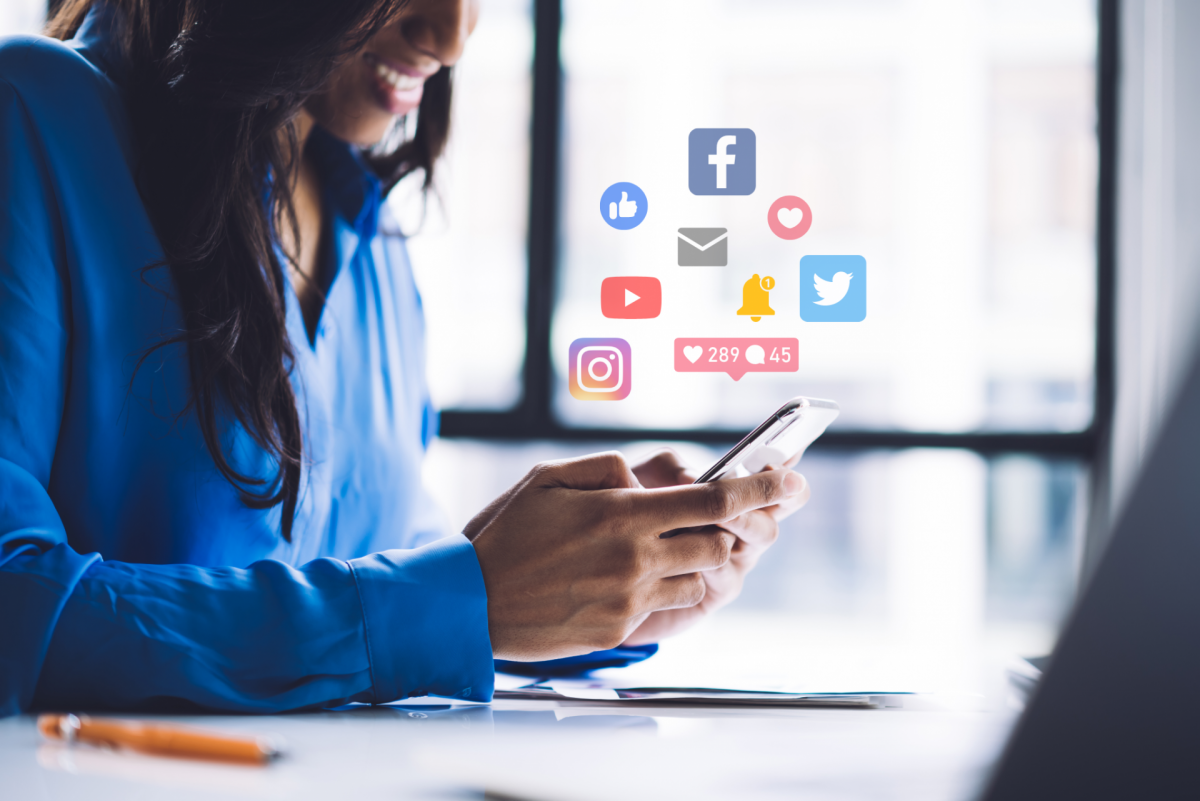 Article October 1, 2022 News from the Institute for the Local Government By Taylor Buck

Making the most of the post: Ways to boost your city’s social media strategy

Taylor Buck is a program manager for the Institute for Local Government and can be reached at tbuck@ca-ilg.org.

Social media is the source for news in many communities. In the U.S., 48% of adults say they often or sometimes get their news via sites like Facebook, YouTube, and Twitter. Local governments have reacted by incorporating social media into their public engagement strategies, particularly in response to recent public health crises. However, the distribution and consumption of news on social media is rarely uniform, guaranteed, or productive.

For instance, users may come across an announcement from a council member about a new city program followed by a comment criticizing the council member’s blazer. Additionally, city officials must navigate the evolving nature of social media platforms and their drastically different audiences. About 73% of adults with a college degree or more use Facebook. Comparatively, about half of TikTok’s much younger user base — mostly 18 to 29-year-olds — does not have a college degree. Agencies are also bound by complex legal parameters. 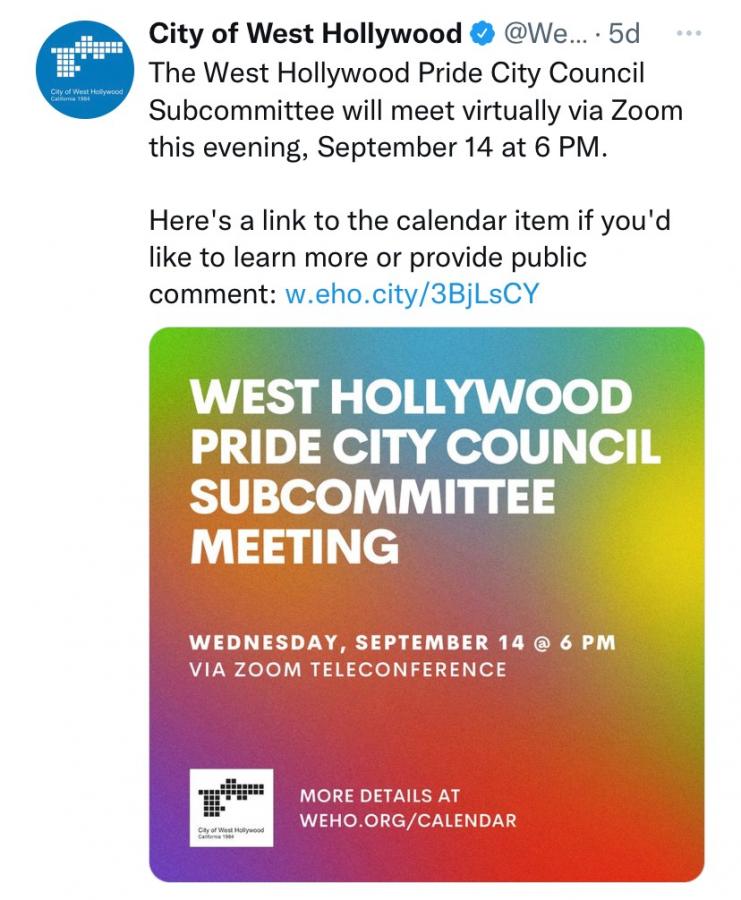 Nonetheless, social media can be an avenue for productive discussions between local governments and their communities. Local governments must carefully weigh what platforms to target, and in what language, to better achieve equitable access to programs and policy discussions. Now that in-person events are returning in full force, these diverse and wide-reaching social media platforms can also provide an avenue for virtual engagement that works alongside public events.

“The key to [social media] is understanding your audience and understanding what will grab their attention,” West Hollywood Digital Media Officer Jayce Simpson said. “As a government agency … it’s taking information, distilling it, processing it, and trying to make it as engaging and interesting as possible. Ensuring that the content you put out will resonate with your audience is the most important thing at the end of the day.”

Social media is not just an opportunity to disseminate information. It is also a chance to think strategically about your agency’s authentic voice. Preferred social media platforms and content can change over time. For example, the city of Paramount’s Instagram account grew rapidly during the early months of the COVID-19 pandemic, which the city used to augment its community outreach strategies.

“We are most successful when we use social media to create synergy and collaboration between not only our city council, but staff and our community,” Paramount Assistant City Manager Andrew Vialpando said.

When refreshing your social media presence, it is important to evaluate existing social media accounts and set goals for the future. Measurable goals like follower count, average post engagement, and sharing are helpful places to start. But agency staff should also discuss what their social media posts should convey to the community. Like all government communications, social media should be an extension of a city’s identity and values.

“Social media adds an increased level of customer service so that we’re able to interact and engage with people who might otherwise just vent on social media. We’re then able to provide them a service that is an answer for whatever their concern is,” said Carrie Lujan, a communications division manager and public information officer for the city of Santa Clarita. 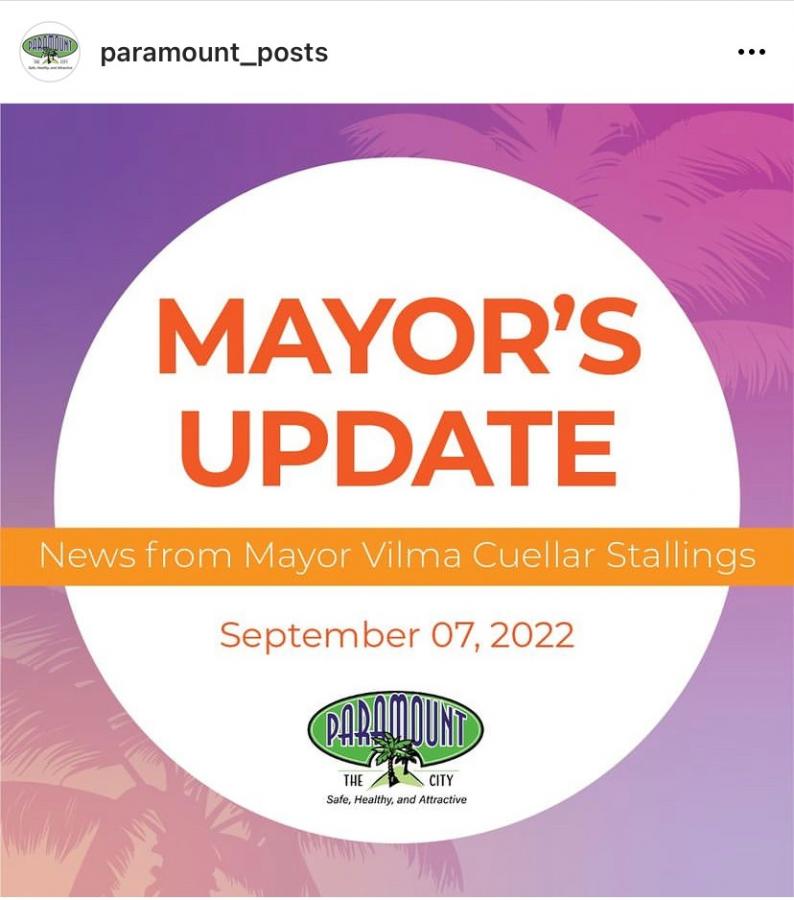 Building on the lessons of COVID-19

The pandemic demonstrated that public engagement can be effective in a virtual environment. Social media use increased significantly during this time and offered new ways for residents to communicate with local officials, particularly for those unfamiliar with local government. Livestreams of public meetings via Facebook and YouTube or shorter livestreamed Q&As on Instagram increased the reach of public meetings.

“During COVID, we did [social media] Q&A sessions with our mayor when people wanted to know when parks were going to open, so we gave them the opportunity to write their questions in the comments section to be answered live,” Lujan said. “They were able to have that interaction with the council and get that information in real time. … Coming out of COVID, we continue to broadcast all of our events via Facebook.”

Another way to increase transparency is to craft social media posts encouraging attendance or summarizing key information before and after public meetings. Posting about public surveys ahead of their deadlines can help ensure that the results truly reflect the community, particularly since responses to phone surveys have been consistently declining for decades. Requesting input via social media also increases the chance that people who are unable to attend public meetings due to work, school, or family responsibilities can provide policy feedback.

Unfortunately, there is no guarantee that your message will reach your intended audience. Social media algorithms are notoriously opaque and capricious. Local governments can use paid or “boosted” posts to mitigate this. Each platform’s cost per boosted post varies, but they all can increase your reach to thousands of users within a targeted geographic area of choice.

Marketing, technology, and public affairs firm Tripepi Smith urges local governments to identify key goals for their boosted content and determine an appropriate budget.  “Your goals affect how well the post will do and help you and what you’re trying to accomplish with your marketing campaign,” said Kaetlyn Hernandez, a business analyst at Tripepi Smith.

Planning for disinformation and incivility

One of the most prevalent challenges facing local governments is the widespread misinformation and negative feedback occurring on social media. With political polarization in the U.S increasing, social media can also be a source of division. Local officials frequently encounter residents posting false or inappropriate content on city accounts. However, agencies can use this as an opportunity to strengthen engagement.

“Always understanding that most comments and most feedback is going to have some sort of opposition or negative component to it helps you plan for the information you’re going to post,” Simpson said. “If we know a news release is going to be controversial, we might tailor our messaging to hit on the questions our community is going to be curious about and inquire about. … We only engage to direct the conversation toward factual information.”

Social media is regulated by a complex set of legal parameters that may not always have a clear legal standard, especially when it comes to emerging trends and new platforms. In some cases, the range of actions an agency can take is more limited than in private sector organizations. However, this should not deter agencies from reexamining their social media practices.

Below are some things to consider when managing your city’s social media presence. Local governments are encouraged to have ongoing conversations with their legal counsel about this ever-changing landscape.

The Brown Act requires governing bodies of local agencies to conduct open and public meetings, subject to limited exceptions, and to post meeting agendas in advance. The Brown Act’s applicability to social media is evolving, most recently with the passage of AB 992 (Mullin, 2020).

AB 992 prohibits public interaction between elected officials regarding official city matters on free and accessible social media platforms. This includes liking, commenting, and sharing posts. However, elected officials may still interact one-on-one, whether via private messages or in person. They can also share posts originating from their agency’s social media accounts about city business.

AB 992 also extended the prohibition of “serial meetings” — a series of communications that results in a majority of decision-makers conferring on an issue. They are now prohibited whether in person or on social media. 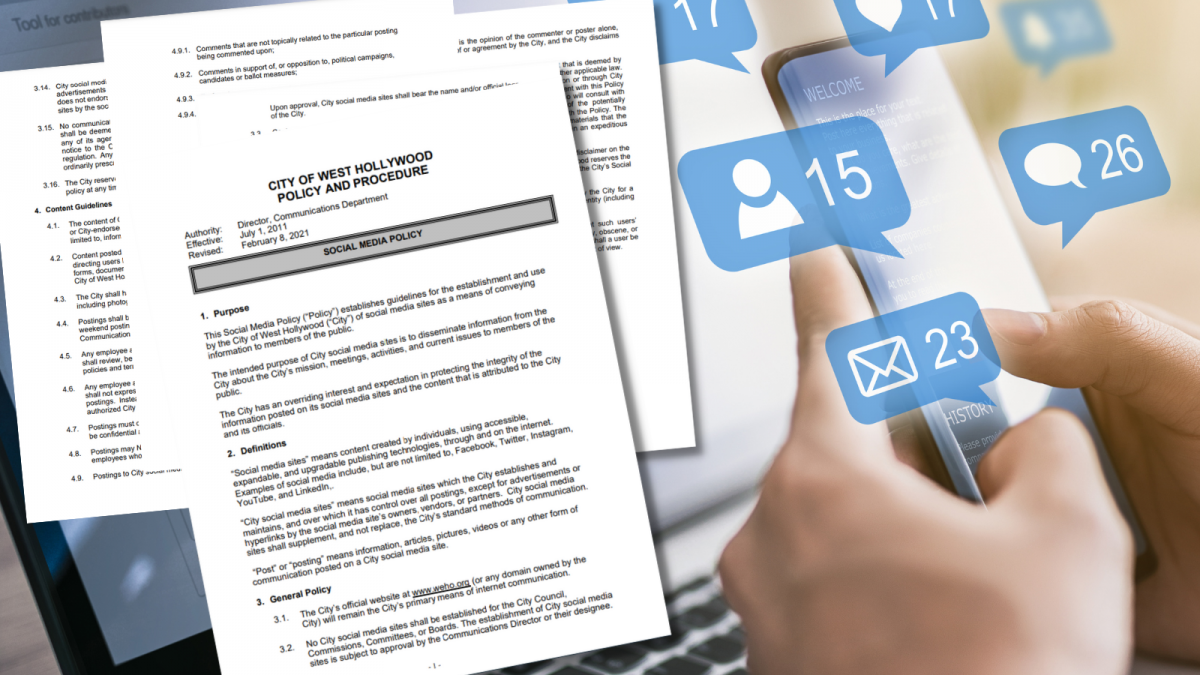 First Amendment protections also apply on social media. Although case law on this subject is complex, Garnier v. O’Connor Ratcliffe (2022) ruled that elected officials may not remove constituents from social media pages or delete their comments when an elected official’s page has transformed into a public forum. In a public forum, viewpoint discrimination is not allowed, meaning that officials cannot simply delete the comments that they do not like.

However, elected officials and city staff may set their own social media policies for their pages, which do allow for irrelevant or inappropriate content to be removed. These policies must be made available to the public.

Due process and public records

Due process is based on two primary principles: the opportunity to be heard and the right to have an issue evaluated by an unbiased decision-maker. Because social media may be used to collect opinions from constituents, elected officials may be advised to reserve their opinions and to not post their positions before public hearings to avoid appearing biased before considering an issue.

Social media posts may also be public records as defined by the City of San Jose v. Smith (2013). There is not yet clarity on how long social media records must be retained or who is responsible for keeping those records.

Virtual and hybrid community engagement is likely here to stay. While social media can be a key, cost-effective piece of an engagement strategy, it is also important to be prepared for the challenges that come along with digital communications. Creating a communications and engagement strategy, developing a social media policy, and consulting with your city attorney can be great places to start and help set your city up for success.

As cities work to expand their social media skills and strategy, here are some additional resources that capture social media best practices:

ILG is also hosting two related webinars, one on best practices for public engagement and another on related legal developments. The webinars are scheduled for Oct. 13 and Oct. 18 respectively.

Now more than ever, social media affects how people shape their day, what their interests are, and how they define their relationship with their community and government. Social media can be both a tool for increased divisiveness and transparency. Navigating this changing landscape requires a constant renewal of strategies and policies.

The content of this article does not constitute legal advice. Please consult your city attorney on legal matters related to social media. Visit ILG’s website for more public engagement resources and trainings.