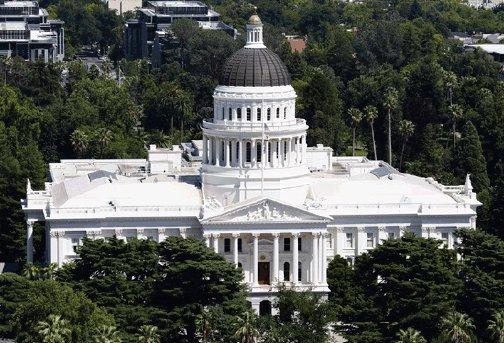 Each year the League board of directors adopts a strategy for focusing League efforts. This year’s strategy emphasizes working with the state Legislature on issues of local control and diversity. It was adopted after careful study by a special task force and extensive consultation with League members who would be engaging with many legislators.

The new strategy was based on the assumption that the legislators who took office shortly after the passage of the voter-approved changes in term limits, the “top two vote-getters” primary election process and redistricting would be deeply committed to rebuilding the state-local partnership. Like city leaders, these state officials know how strained that partnership has become; indeed, in recent years some in both state and city government would not describe it as a partnership at all but something more akin to a dysfunctional relationship.

We also know that California as a state can be strong only if its cities and other local agencies are healthy and strong. From my perspective, writing this column midyear, transforming the dysfunction of the past into a productive and mutually beneficial partnership is not only vital — it is essential if California is to thrive and regain its rightful position as a place of economic opportunity and innovation.

Collaboration must be pursued at all times in light of the League’s mission “to expand and protect local control for cities,” which we will always aggressively advocate. And as important as collaboration is, we know that the League — when faced with a fundamental threat to local democracy — must always be prepared to go to the voters if necessary to prevent unreasonable state intrusion into local affairs and to advance city home rule and local control.

With these preliminary thoughts in mind, I am pleased to give you a brief report on our efforts to date, organized around the major elements of the advocacy strategy. The upcoming League of California Cities 2013 Annual Conference in September will provide opportunities to discuss those efforts in greater depth. (For more about the conference, see the Annual Conference Preview.)

League Outreach to Legislature and Governor

Outreach and Legislative Actions. League officers met with the governor’s representatives and most of the legislative leaders in early January to explore common ground for joint agendas. The entire League board met with Gov. Brown in April to discuss the importance of local diversity and control, economic development and careful implementation of criminal justice realignment to avoid dangerous community impacts.

New Revenue Options for Cities. The League has worked with other stakeholders and key legislators to develop and support legislation that will expand fiscal options for cities, including new sources of transportation infrastructure funding (some of which are still in development for 2014) and various constitutional amendment proposals that would reduce the vote required for new revenues. While the League has registered formal support for the following measures, none are expected to move out of the Senate this year.

Member Outreach to Legislators. League regional divisions hosted receptions for newly elected legislators and held meetings with all legislators to discuss common interests and support strategies on key League priorities. League members followed up with legislators during April’s Legislative Action Days and in their districts.

Telling the City Story. Efforts are under way on two fronts.

Litigation. The League has continued to vigorously defend the local authority and constitutional revenue protections in Propositions 1A and 22, when necessary, in the courts. It currently has an active lawsuit in the Sacramento Superior Court challenging the property and sales tax claw-backs in AB 1484, the 2012 redevelopment budget trailer bill.

Legislative Scorecard. The League will once again publish a comprehensive legislative voting report for distribution to legislators, city officials and the media.

Building Relationships With Future Legislators. The key element of this effort involves encouraging talented local officials to participate in the League-sponsored California Civic Leadership Institute® (CCLI) and run for legislative office in 2014. The many private and/or nonprofit League Partners provide support for the important CCLI program.

Research and Draft Home Rule Legislation or Ballot Measure. The City Attorneys’ Department is currently evaluating the need and opportunity for potential statutory or constitutional amendments for securing greater home rule authority for all cities and limiting state pre-emption of local authority as appropriate. After being reported to the board, any proposal will be distributed to city officials for feedback while potential voter support is assessed.

Fundraising. The League’s fundraising continues as part of the effort to better position the League to take one or more of the following actions:

Thank you for your contributions to advancing our strategic advocacy efforts by building a closer relationship with our state partners. I have been honored to serve as the League president this year, and I look forward to continuing our efforts to build stronger cities and a stronger state.

As the end of my term as League president draws near, I want to thank the League board of directors, Executive Director Chris McKenzie, League staff and all of the city officials who have worked so diligently this year. The League staff are the backbone of our organization, and their dedication makes it possible for us to attain our goals and, ultimately, serve our constituents and our communities more effectively.

In my work, the League’s Executive Committee has been enormously helpful as we worked together and with Chris to help craft solutions. And my sincere thanks to all the League leaders — the department, division, policy committee and constituent group leaders and members — who have contributed to our successes. I also want to thank my City of Pasadena colleagues and staff for their valuable support.

Join us at the League of California Cities 2013 Annual Conference & Expo next month in Sacramento to learn about the latest developments that affect our cities and how we can work together to overcome the challenges that face us. I hope to see you there.

This article appears in the August 2013 issue of Western City
Did you like what you read here? Subscribe to Western City