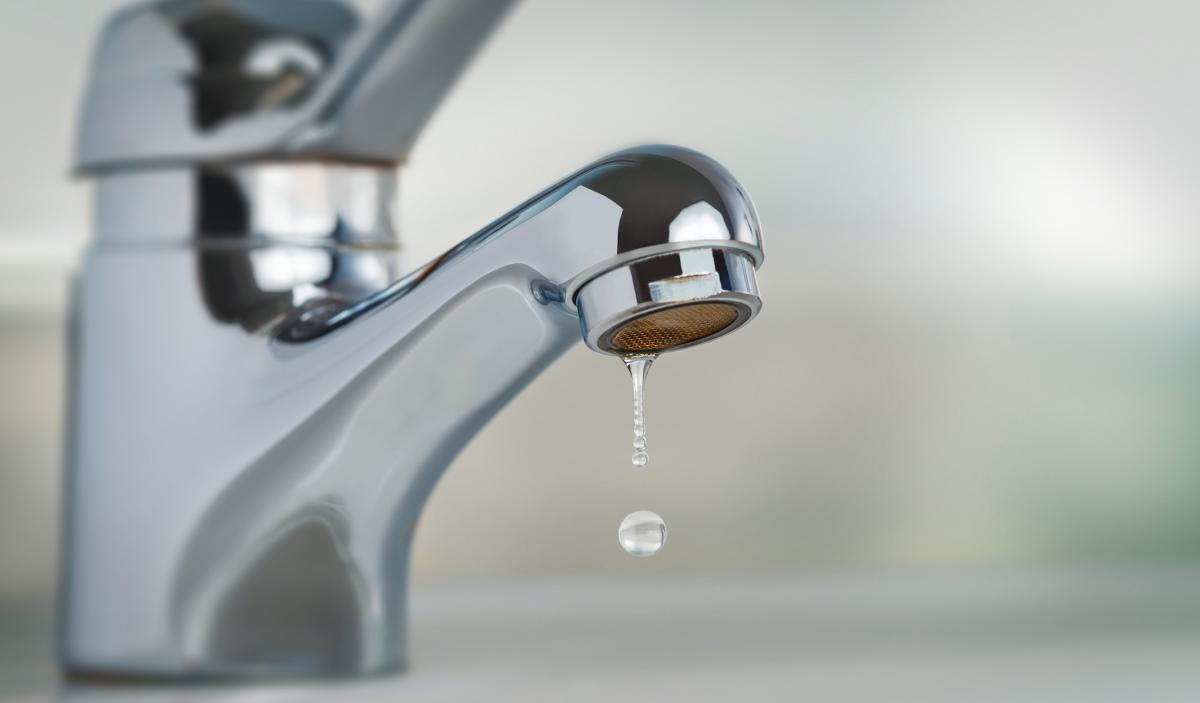 The historic California drought that spanned most of the past decade severely affected the Central Valley, where the unincorporated community of East Porterville in Tulare County served as the poster child for the drought’s catastrophic conditions and impact.

Located adjacent to the City of Porterville (pop. 60,798), East Porterville comprises an area of roughly three square miles with approximately 7,500 residents. The area’s population is 67 percent Hispanic, 30 percent Caucasian and 3 percent other ethnicities. The community consists almost exclusively of about 1,200 residential properties and more than 1,600 households. East Porterville is one of the state’s most disadvantaged communities. Porterville, which has similar demographics, provides key services and amenities for its unincorporated neighbor. 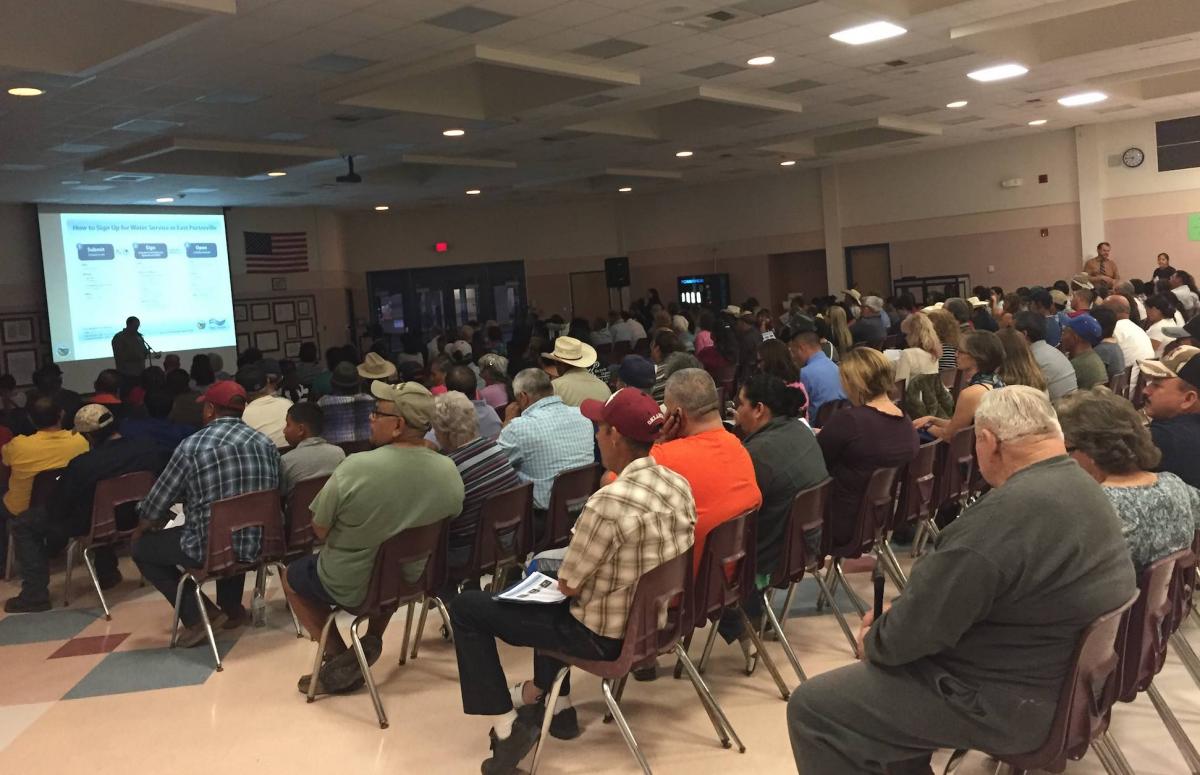 The source of water for homes in East Porterville was supplied almost entirely by private, shallow wells that relied on the Tule River. In late spring 2014, East Porterville residents’ wells began to run dry. These residents started attending Porterville City Council meetings to ask the city about the possibility of extending its water distribution system to their area. They had previously contacted Tulare County for assistance and were advised to have a well-driller deepen their wells. Those who could afford it did so, but in this extremely disadvantaged community, the estimated expense of $15,000 per well was not an option for most residents.

The Porterville Area Coordinating Council (PACC), a local nonprofit organization, also began receiving inquiries from East Porterville residents for assistance. The City of Porterville and PACC have a long-established collaborative relationship focused on addressing the needs of local residents. The nonprofit coordinated with the city to provide temporary assistance to the affected households until a permanent solution could be developed.

With the assistance of many generous donations, PACC provided bottled water for cooking and drinking needs. PACC also secured donations from local dairies of 300-gallon plastic containers that formerly contained food-grade soap. After being thoroughly cleaned, the containers could be used to store water on-site at the affected households for bathing, flushing toilets and washing clothes. During summer 2014, the city provided the source water for the temporary tanks, and its employees and water-tank trucks delivered water directly to affected homes twice each month to help residents meet their hygienic needs. However, this approach served only as a temporary stopgap measure.

As drought conditions continued and more private wells failed, an increasing number of East Porterville residents sought assistance from the city and PACC. Some residents vacated their longtime family homes. By fall 2014, the city and PACC were serving more than 50 residences. At that point, the county established a filling station at its area fire station by connecting to a city fire hydrant to help residents keep their temporary water tanks filled.

Seeking Assistance From the State

In February 2015, representatives and residents testified before the state Assembly’s Committee on Environmental Safety and Toxic Materials about East Porterville’s worsening conditions, which they described as a slow-moving disaster. The city’s representatives advocated for the state to help extend the city’s water distribution system and provide additional source water capacity and increased storage to sustainably serve the residents after the service was connected.

As summer 2015 approached, the state and media outlets took note of the conditions in East Porterville. The state began working with the city and county to develop an emergency plan for the area, and its Office of Emergency Services installed mobile shower trailers connected to the city’s water system to give residents access to personal hygiene facilities. Building on the existing residential tank program and working through the county, the state started installing larger 2,500-gallon tanks that would be connected to residences and filled weekly by contracted water haulers, in addition to providing regular bottled drinking water service.

The cost of the temporary household tank program and bottled water delivery grew to over $650,000 per month. Seeking a sustainable solution to the lack of residential water in East Porterville, the state launched discussions with the city to develop the East Porterville Water Supply Project, which would implement a project similar to the one requested by the city. The project would extend the city’s water distribution system, develop new water sources and provide pumping equipment and storage facilities.

Working Out the Details

Representatives from the state, county and city initiated meetings in fall 2015 to focus on formulating the project and developing a feasibility study. While state officials and consultants prepared the feasibility study, city staff worked on a detailed land-use survey of the unincorporated area. This survey identified the number and type of structures present in the area because many homes predated the county’s building permit records and numerous parcels contained multiple houses. The land-use survey provided critical data about the volume of water necessary to serve the area.

By spring 2016, two distinct phases were underway. Phase I would be expedited to permanently connect the estimated 500 residential properties and over 3,000 affected residents without water to the city’s water system as soon as possible. Phase II would involve planning and implementing the infrastructure to support the future connection of the remaining 700 residential properties and 4,500 residents who would very likely experience either well failure or degraded water quality due to elevated nitrates and other contaminants. 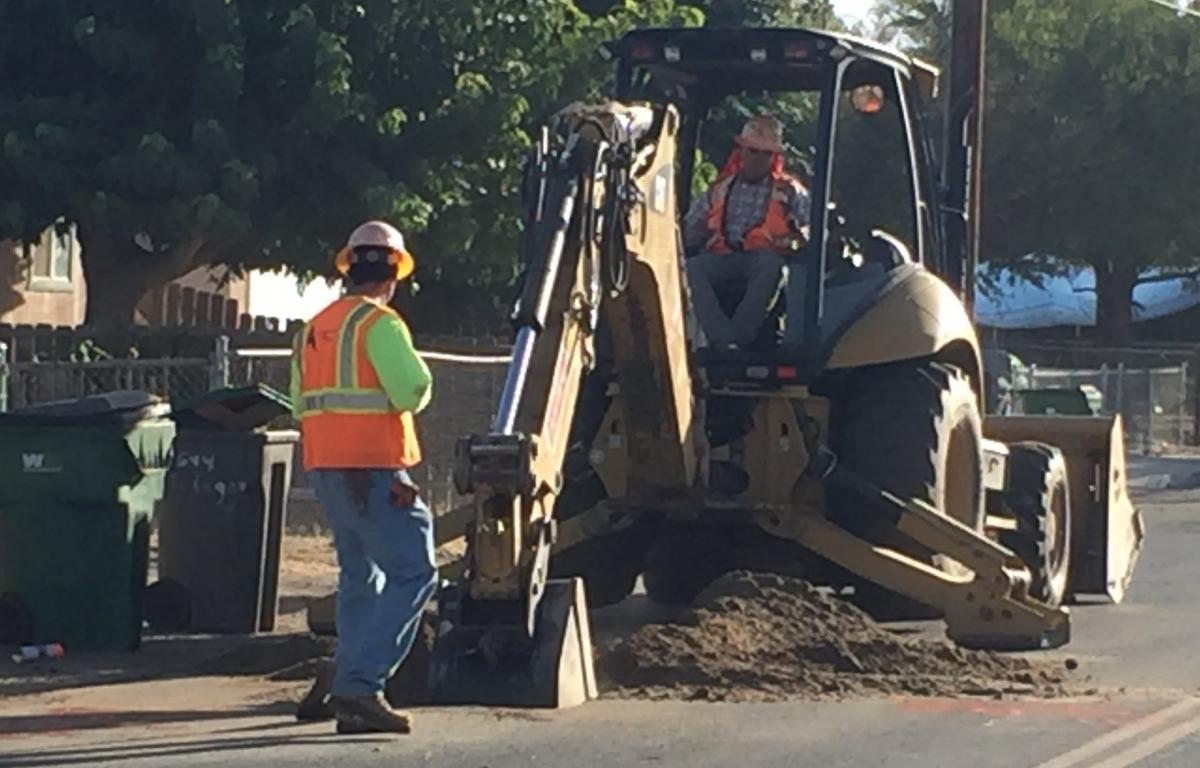 Educating and Preparing the Community

Connecting to the water system required residents to sign legal documents, and each property owner interested in participating was required to execute an Extraterritorial Service Agreement with the city. The Local Agency Formation Commission (LAFCO) policies required this documentation, which also provides a mechanism for the city to set conditions for future annexation when it becomes appropriate. Property owners were advised that activities such as subdividing land would prompt annexation, but that the city was not at that time in a position to annex East Porterville because its large existing population would need police and fire services.

Porterville Community Development Manager Julie Phillips says, “It was surprising that people were willing to risk keeping a contaminated well or take on the cost of drilling a deeper well to avoid the possibility of future annexation.” When staff asked residents why they were so opposed to annexation, a recurring theme emerged. A few individuals were spreading a misperception that residents’ property taxes would increase — or even double — for parcels within the city limits.

In addition to the Extraterritorial Service Agreements, each property established a city utility account. To accommodate the scheduling needs of residents, document-signing meetings were scheduled during the days and evenings both on weekdays and weekends. 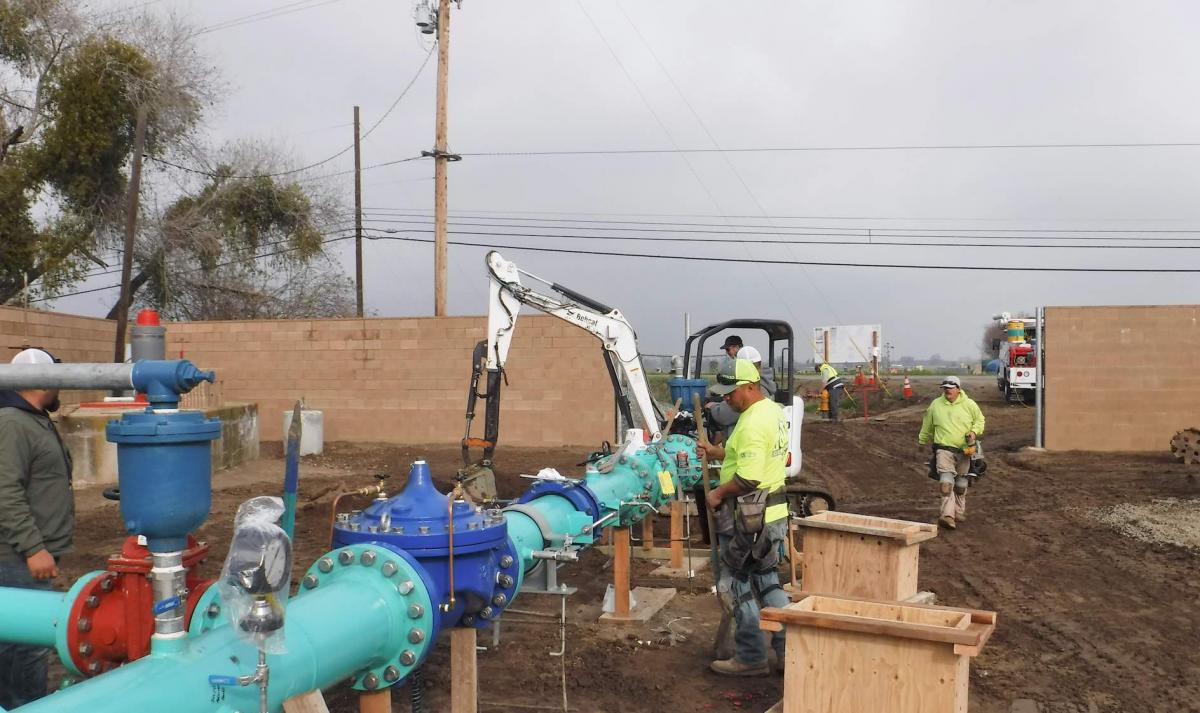 In summer 2016, the city agreed to help immediately connect 70 residences that were located near existing water mains. With the state’s support, the city enlisted the nonprofit job training and placement organizations CSET and Proteus to help with the connections. CSET constructed the lateral connection from the water main, Proteus provided the plumbing from the residence to the meter box and the city completed the connection by installing the meter service. In addition, construction began on a new well and its associated infrastructure. In fall 2016, under the state’s authority and the city’s review for system consistency, construction started on approximately 15 miles of water mains. 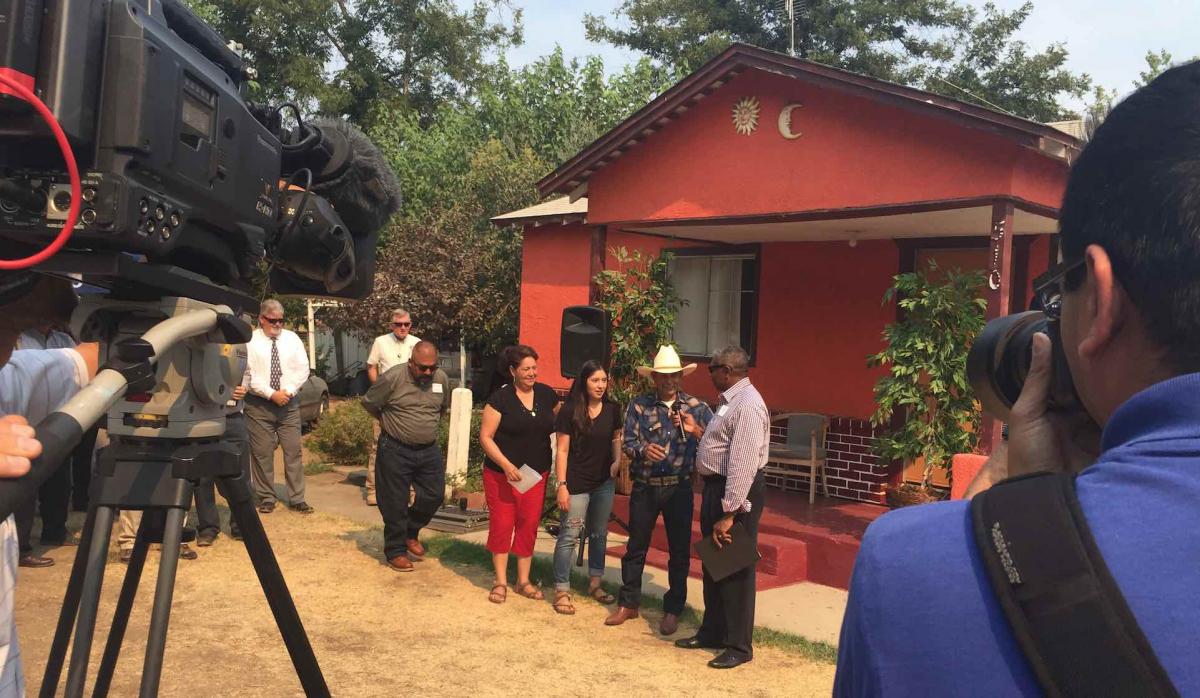 The East Porterville Water Supply Project has been a tremendous success and warmly received by the affected residents. It offers a model for helping to meet the clean and sustainable drinking water needs of disadvantaged communities throughout the state. Funded through both Drought Emergency and Proposition 1 funds based on the community’s severely disadvantaged designation, the project required 10 governmental agencies and nonprofit organizations to collaborate.

The Porterville City Council was compelled to assist in the effort because its sense of community extends beyond the city limits. “The East Porterville Water Supply Project ultimately benefits the City of Porterville, because the residents of this unincorporated, predominantly residential area will be annexed into the city in time,” says Porterville City Manager John Lollis. “So we’re helping our future as one of the most disadvantaged areas in the state, advancing the area’s infrastructure indirectly benefits the city by improving property values and the overall quality of life.”

Photo Credit: Courtesy of the City of Porterville. 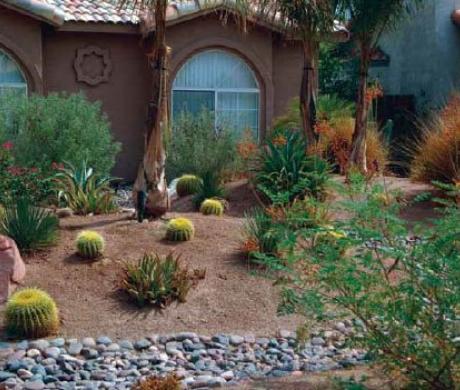 A grant program helps homeowners eliminate their thirsty landscaping and use a drought-tolerant xeriscape approach instead. 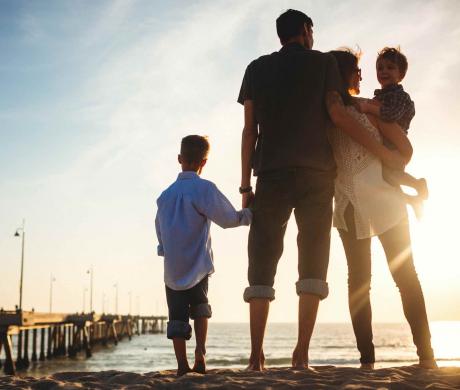 Energy, Water and the Responsibilities of Stewardship

Energy production is a key factor both in the state’s economy and its environmental quality. Water quality and supply reliability also play a central role in our state’s economy. 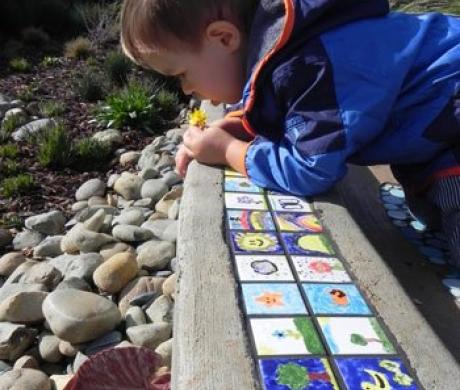 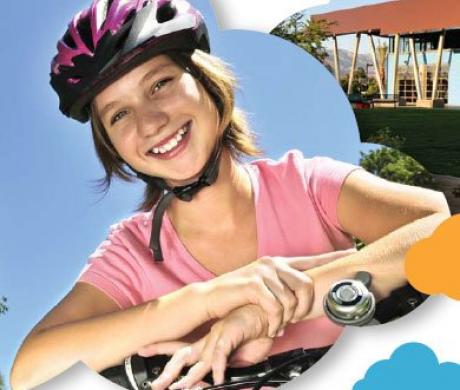