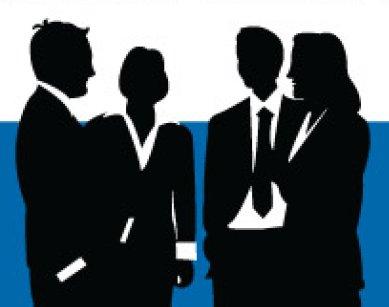 Author Daniel D. Purnell is both a former local elected official and former executive director of the Oakland Public Ethics Commission. Purnell practices campaign and election law in California and serves as a volunteer for ILG. He can be reached at dandp626@gmail.com.

After a series of unfortunate experiences, our agency is considering whether to adopt regulations related to lobbying the agency. What should we understand about regulating lobbyists?

Let’s start with a common scenario. A local property owner wants to develop a vacant parcel of land. A group of neighbors hears about the project and arranges a meeting with local officials to express their concerns. The property owner, concerned about project approvals, hires a former elected official to advocate on behalf of the project. The local officials, after meeting with both sides, begin to form their opinions about the project.

While this scenario may seem familiar, it also raises a series of complex issues about the role of influence in the public decision-making process. All U.S. citizens are guaranteed the right of free speech, the right to freely associate with like-minded persons and the right to petition elected officials. But competing public interests are involved, such as transparency, the fair exchange of ideas and the integrity of the decision-making process.

Local lobbying laws attempt to reconcile these important rights and interests and address the appropriate role of lobbying in local governmental decision-making as well as whether — and to what extent — local agencies should regulate lobbying.

Over the years, courts and commentators have articulated the potential harm that unregulated lobbying can have on governmental institutions. Corruption and the appearance of corruption (often in the form of bribery, “sweetheart” contracts and poor decisions such as pork-barreling and earmarking) are identified hazards that government has an interest in avoiding. Other potential hazards include having the public voice drowned out by the voice of special interests and having public decisions based on flawed or incorrect information.

Commentators have also recognized the potential benefits of professional lobbying, such as providing necessary information to decision-makers and organizing various and numerous voices into an efficient, collective and comprehensive message.1 Today, even local agencies retain lobbyists to represent their interests before other legislative and administrative bodies.

In California, the state2 and a growing number of local jurisdictions3 have adopted lobbying laws. The California Supreme Court upheld the lobbyist registration and reporting requirements contained in the Political Reform Act of 1974. The court noted that those provisions and the act’s $10-per-month limit on gifts from lobbyists to state candidates and elected officials “do not constitute substantial limitations on petition and speech rights.”4

These laws share many common and essential elements and, at the same time, grapple in their own way with difficult-to-define terms and concepts. This article examines and discusses common elements of lobbying laws and how these laws typically regulate lobbyist behavior.

Part II, which will appear in the October issue of Western City, will discuss administering and enforcing lobbying laws, possible alternative and complementary laws, and how to evaluate and implement such laws once they have been adopted.

Every lobbying law must attempt to clearly define either who qualifies as a lobbyist or what activities constitute “lobbying.” This is often the most difficult and contentious part of a lobbying law because these terms often determine how broadly (in terms of people affected and/or activities regulated) the law applies.

Lobbyists are frequently characterized as either “contract” or “in-house” lobbyists.5 A contract lobbyist is someone who is hired for a specific project or on a contract basis.

Most laws establish a “time and money” test to define contract lobbyists, such as this language from Oakland’s ordinance:

“Lobbyist” means any individual who … receives or is entitled to receive $1,000 or more in economic consideration in a calendar month, other than reimbursement for reasonable travel expenses …6

In-house lobbyists are people who lobby exclusively for their employer — for example, a governmental affairs representative for a company.

Definitions of in-house lobbyists attempt to establish a minimum threshold of activity that distinguishes in-house lobbyists from any other employee whose communications with public officials may be occasional or minimal. These definitions vary, but are often based on such factors as:

The ultimate question is what constitutes the act of lobbying. Basically, it is the act of communicating with public officials for the purpose of influencing certain types of decisions on behalf of another. The decisions sought to be influenced are usually characterized as either legislative or administrative in nature.

How a local agency defines lobbying can sometimes be complex and/or subject to certain exceptions. San Francisco’s lobbying ordinance, for example, contains 17 exceptions from its definition of what constitutes lobbying “contacts.”8 These include commonly found exceptions for:

In addition to the basic definitions of lobbyist, lobbying and the types of decisions to which lobbying can apply, local lobbying laws typically require lobbyists to:

Lobbying laws typically require an individual to register with the local agency within a certain time period after qualifying as a lobbyist. Registration involves providing the lobbyist’s name, address and contact information, client information and, in some jurisdictions, the nature of the client’s business and the matters that the client has hired the lobbyist to influence.

One of the key components of local lobbying laws is the requirement that lobbyists periodically report on their activities. At the most basic level, almost all such laws require an identification of the decision the lobbyist seeks to influence for each client during the reporting period.

The key is to determine what information is relevant or useful in providing insight into lobbying activities.

In addition to requiring periodic reporting of lobbyist activities, most ordinances contain a number of prohibitions on lobbying activities. Examples include:

In addition, many ordinances restrict the amount of gifts or activity expenses a lobbyist may give a public official.

Another provision — intended more for local public officials than lobbyists — prohibits leaving public employment and returning to lobby one’s former agency or co-workers. Known as “revolving door” laws, these prohibitions exist primarily because of the perceived advantage that a former local official may have in representing clients before his or her former agencies. Revolving door laws typically try to limit this advantage by imposing a “cooling-off” period of up to one or two years before a public official may lobby his or her former agency or co-workers.12

The doors can swing in the other direction, too; some jurisdictions prohibit registered lobbyists from serving on local boards and commissions.13

Finally, almost every lobbying ordinance contains some type of civil or criminal sanction for violating its provisions. Monetary penalties are common, and many ordinances include a prohibition from working as a lobbyist, typically for up to a year, if the lobbyist is found to have intentionally violated one or more of the law’s provisions.

The History of Lobbying Regulation

Influencing government decisions is hardly a modern phenomenon. Shakespeare’s play Julius Caesar begins with the maneuverings of Cassius to convince Roman senators to replace the popular Julius Caesar with the reluctant, but ultimately murderous, Brutus.

The origins of the term “lobbyist” reportedly derived from people who gathered in the lobbies of legislative chambers and, in the United States, the lobby of the Willard Hotel in Washington, D.C., where occasional guest President Ulysses S. Grant and other U.S. officials were the targets of their many petitions and requests.14

The first major effort to regulate lobbying at the federal level came in the 1940s when Congress enacted the Federal Regulation of Lobbying Act.15  The act imposed a registration requirement for people seeking to influence the passage or defeat of federal legislation. It also required lobbyists to submit quarterly reports of the money received and expended for that purpose.

The U.S. Supreme Court, in a narrowly framed opinion, rejected a constitutional challenge to the act, ruling in part that its registration and reporting requirements did not violate First Amendment rights “to speak, publish and petition the Government.”16

As explained in the April “Everyday Ethics” column, the Fair Political Practices Commission has revised California’s gift regulations to make them more practical. A number of these regulations involve creating new or expanded exceptions for what constitutes a gift subject to the gift reporting and disqualification requirements as well as the gift limits.

However, in a number of places, the expanded exceptions don’t apply to “gifts from lobbyists.” For example, the catchall exception for gifts from social or business ties does not apply if the gift is from an individual “registered to lobby the official’s agency.”17 Similarly, the exceptions for gift exchanges don’t apply if the gift-giver is a “lobbyist who is registered to lobby the official’s agency.”18

For more information about the gift rules, visit www.ca-ilg.org/GiftCenter.

Although the Institute for Local Government endeavors to help local officials understand laws that apply to public service, its informational materials are not legal advice. In addition, attorneys can and do disagree on the best interpretation of the complex rules relating to public service ethics. Officials are encouraged to consult an attorney or the Fair Political Practices Commission for advice on specific situations.

[5] There are other categories of lobbyists too, such as “expenditure” or “grassroots” lobbyists. These lobbyists are typically defined as persons who spend a specified sum of money to present their clients’ views to the public or to a specific segment of the public (community groups, industries or professions) and encourage them to contact officials and advocate for or against a particular project or proposal.

[7] Some jurisdictions also impose filing and reporting obligations on “lobbyist employers” (that is, the entities that employ individual lobbyists).

[11] Note that rules pending before the California Supreme Court regarding attorney conduct do not require attorneys who serve as lobbyists to accord the same standards of veracity to nonjudicial tribunals. Compare California Proposed Rules of Professional Conduct Rule 3.3 (prohibiting false statements, failures to disclose authority, and false evidence to courts) with Rule 3.9 (requiring only that the attorney disclose that he or she is appearing in a representative capacity in communicating with administrative of legislative bodies). Contrast Proposed California Rule 3.9 with the American Bar Association Model Rule 3.9 (applying rule 3.3 to non-adjudicative proceedings and noting in comment 2 to Rule 3.9 (“. . . legislatures and administrative agencies have a right to expect lawyers to deal with them as they deal with courts.”).