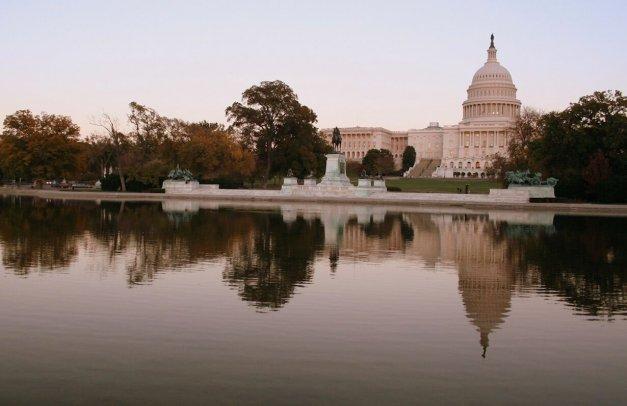 Our nation’s Constitution envisioned a national government with both limited and broad powers. The Bill of Rights expanded further on this inconsistency, granting in the first nine amendments broad constitutional “rights” to Americans that protect them from their government and recognizing in the 10th Amendment a fundamental principle governing the power-sharing agreement in the Constitution: “The powers not delegated to the United States by the Constitution, nor prohibited by it to the States, are reserved to the States respectively, or to the people.”

Recently I had the pleasure of joining distinguished leaders from the nonprofit sector, foundations and public agencies at the national, state and local levels at the Brookings Institution in Washington, D.C. We participated in a one-day discussion about whether the federal system of government is undergoing a profound shift of responsibility and leadership — after decades of the national government’s dominance of that system. 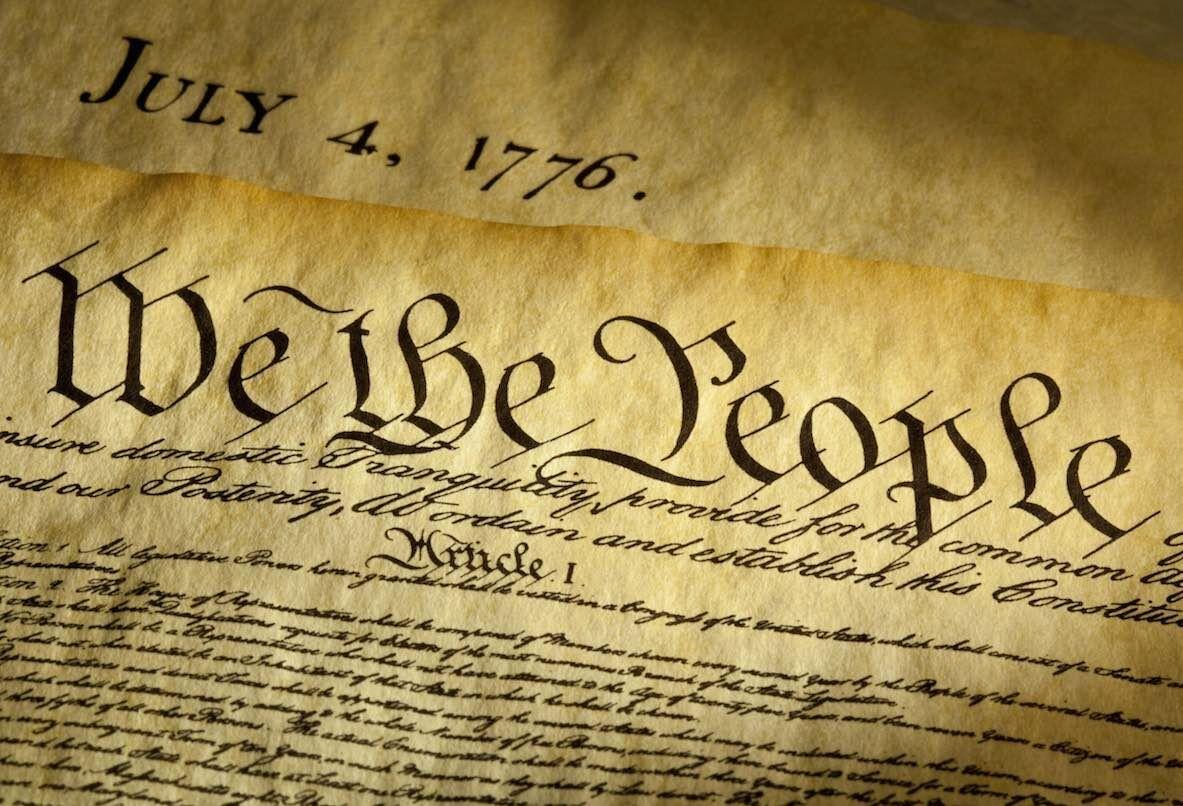 In a memo laying out the framework for the discussion, the Brookings staff referred to the work of Alice Rivlin, the highly respected former director of the Office of Management and Budget, who described three essential roles of the national government in her 1992 book Reviving the American Dream. Rivlin wrote:

First, there are inherently central responsibilities, like national defense and foreign affairs, for which the federal government must represent and defend the interests of the country as a whole. Second, there are activities whose benefits clearly spill over state lines — such as air traffic control, basic scientific research, and prevention of river pollution or acid rain. Individual states have little incentive to undertake these programs because so much of the benefit would go to people in other states. Third, there are programs whose workability depends on having a uniform national system, such as Social Security.

At the federal level, that means several things: Defend the nation. Invest at scale in research and development that catalyzes innovative growth. Provide a robust safety net for the elderly and the disadvantaged. Address climate change. In other words, do your core job well.

The challenge, of course, is that current investment levels are insufficient to meet national priorities. The Information Technology and Innovation Foundation, for example, has concluded that the United States needs to invest an additional $511 billion over the next decade to grow at the same rate as China relative to its economy. McKinsey has found that an increase in infrastructure investment by one percentage point of GDP, or $150 billion to $180 billion a year, on a sustained basis over the next 15 to 20 years, would compensate for past underinvestment. Tim Bartik, a senior economist at the Upjohn Institute, estimates that providing universal pre-Kindergarten and child care for young children would cost about $79 billion a year.

Relief will most definitely not come from Washington. The federal government, the largest single investor in cities and metropolitan areas by far, is mired in a seemingly intractable state of partisan gridlock and ideological polarization. It has ceased to be a reliable, predictable investor, as witnessed by the 2013 sequestration debacle and the 2014–15 tussles over the reauthorization of
the Highway Trust Fund and the Export-Import Bank.

On a more structural basis, the allocation of federal resources is shifting radically due to the aging of our society. The Congressional Budget Office forecasts that by 2023 the federal government will spend $1.6 trillion more a year on mandatory programs like Medicare, Medicaid and Social Security, squeezing investments in non-defense discretionary spending activities like housing, infrastructure, education and research and development. As a result, non-defense spending is expected to fall to its lowest level as a share of GDP since the 1960s [emphasis added].

In his 2014 book Dead Men Ruling, the Urban Institute’s C. Eugene Steuerle shows how growth in the non-child portions of Social Security, Medicare and Medicaid and payment on the debt will leave “crumbs for children.”

As Steuerle writes, “Even before recent deficit reduction agreements began to significantly constrain discretionary spending for years to come, we projected that children would get just 2 percent of the $1 trillion or so more of the additional spending that the federal government would undertake in 2023 over and above 2012.”

The experts at Brookings suggested that cities and metropolitan regions will increasingly be required to fill the gap left by the retreat of the national government in the areas of infrastructure investment, investments in services for children, and funding for basic research and development. For example, as I write this we are about to get another short-term extension of the national Highway Trust Fund without any real new funding. At the same time that they showed no optimism that the trend of federal disinvestment in these areas could be stemmed, they also documented the tremendous inefficiency of funding these programs at the federal level, leading to extensive program duplication and overlaps:

The General Accounting Office has identified billions of dollars of potential savings in overlapping federal programs. In FY 2011, for example, the federal government had 20 programs aiding the homeless and 80 programs for supporting economic development [emphasis added]. At the city and metro scale, programs and policies often play out side by side incoherently and inconsistently.

If cities and metropolitan areas are going to be responsible for doing more with less financial support from the national government, everyone at the meeting agreed the number one obstacle is to loosen the fiscal noose that state governments often have around the necks of their cities so local governments can have a hope of filling some of the gap.

In California the most recent example of this problem is the way Proposition 218 prevents cities from using “conservation” water rates to discourage consumption during this time of drought. It similarly makes it difficult to collect stormwater fees because they must first be approved by a vote (see “Stormwater: The Orphaned Utility”). As city and state officials know, however, many other restrictions on municipal revenues have probably outlived any usefulness — given that city officials are already required to seek voter approval for new revenue sources. Moreover, the sales and use tax base urgently needs to be updated and streamlined to better reflect the shift from retail sales of goods to services, which began about 30 years ago and now is in full bloom. 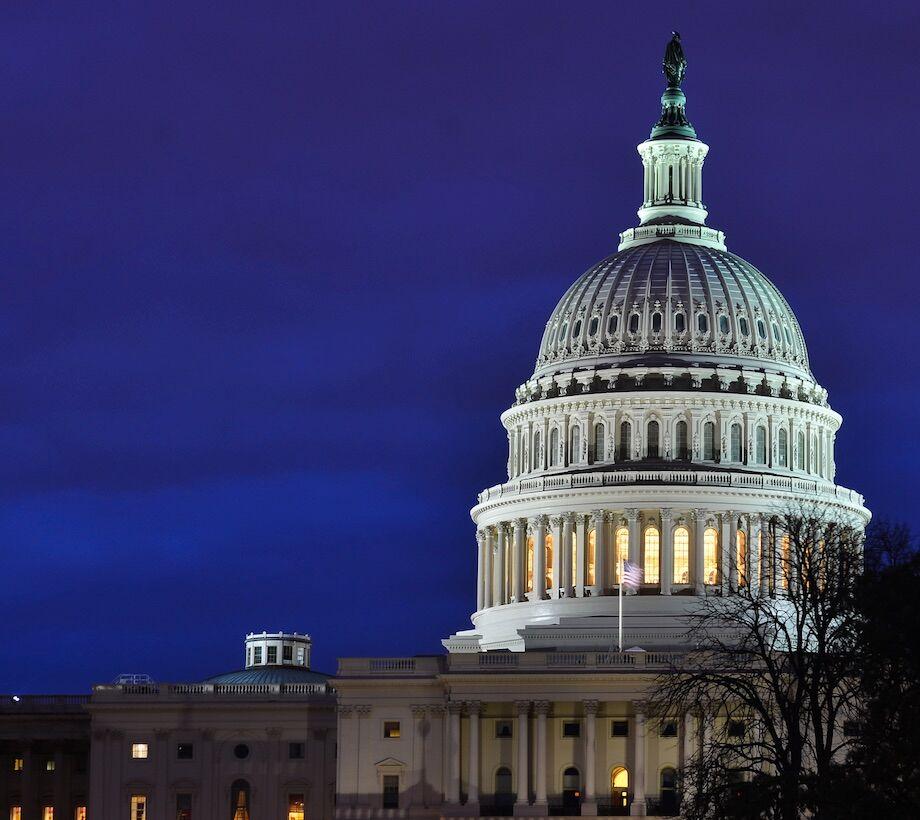 One of the leaders of the conference discussion observed that congressional leaders no longer seem to have the institutional knowledge or capacity to “cut a political deal” around a major policy challenge. In contrast to the rapid congressional response to the Rodney King beating and subsequent riots in L.A. in 1991, he noted, there was no discernible response in any part of the national government to the police shootings in Ferguson or Baltimore — aside from possible Department of Justice civil rights investigations and the appointment of a task force by the President.

I later asked privately if he thought the absence of congressional response was really due to a lack of capacity or actually based on a belief held by those same members of Congress that the national government had neither the financial capacity nor the right from a federalism point of view to get too deeply involved in what has been viewed for centuries as an essentially local government function. He acknowledged that this new practiced “inaction” may be intentional.

Many people are familiar with the term “paradigm shift,” which was coined years ago to describe whole new ways of thinking about science, mathematics or policy. The thing about such a shift, however, is that it can create bold results or subtle changes that occur before most people are aware of it. This may be the case with the current rebalancing of the federal system, and it means cities and regions may have profoundly greater leadership roles than before.

If the Brookings discussion leaders are correct, city governments and their public and private partners in metropolitan regions are identifying — and will continue to find — innovative ways to finance what it takes to meet the infrastructure, research and development, and pre-kindergarten investment demands facing us as a nation and in our local communities. The days of federal response and leadership on every issue under the sun are probably over for cold, hard financial and political reasons. Our perceptions may just be catching up with this reality.

This new federal landscape will require sustained, innovative and dedicated leadership from city officials and other civic leaders. It will also likely lead to completely new service delivery and financing models because our “federal uncle” simply won’t have the money to be a significant partner with us, and no one has figured out how to help us better manage our long-term pension and other post-employment benefit (OPEB) liabilities.

In fact, the confluence of the pension-OPEB funding crisis at the local and state levels and the Social Security/Medicare/Medicaid funding crisis at the national level are mirror images of each other, but local leaders may still be able to develop the political will to do what is necessary to meet the growing needs of their cities and regions while congressional leaders simply avoid the difficult task of reducing benefits for the growing numbers of retired Americans. Some federal officials are even talking about expanding such benefits.

We have heard a lot in recent years about a number of “new normal” scenarios. This may just be the newest one facing us. Stay tuned — it’s going to be a very interesting ride for all of us at the local level over the next 10 years. 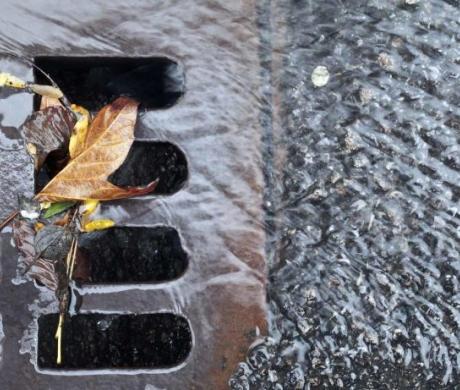 How quickly can stormwater utilities be rescued from their financial straitjacket so they can start helping resolve the state’s chronic water supply problems?