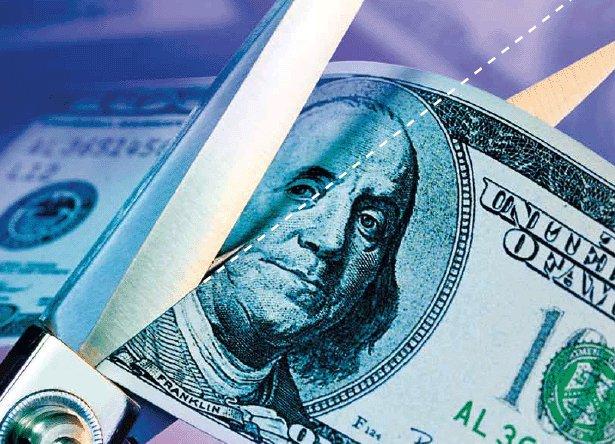 The City of San Carlos (pop. 28,406) is located on the San Francisco peninsula in the heart of Silicon Valley. Like many California cities, San Carlos has faced some serious budgetary challenges in recent years. The economic downturn meant that key revenues, including sales tax and investment income, declined and the formerly dependable year-to-year growth in property tax revenue ceased — but costs continued to grow.

The city resolved a $3.5 million structural budget deficit and simultaneously increased services over an 18-month period. This was achieved through a mix of shared services, contract services and becoming a recreation services provider.

To start the discussion, the city manager and department head team developed an overview of the city’s budget problem. This included the history of the city’s budget, service cuts over the past decade, significant salary and benefit concessions made by city employees and the options going forward.

The city conducted a series of public meetings to engage residents and the business community, culminating in two all-day budget workshops held on Saturdays to maximize citizen participation. At the workshops, representatives from city departments discussed service levels, budget, staffing and challenges.

Several residents said that the city should bring the budget into balance with existing revenues. They also believed that the current service levels should be maintained, and they indicated that the method by which the city was able to maintain services was of secondary interest to them.

The city manager laid out two options for the city council and the community. One involved more severe service cuts, which could include closing a community center and several parks as well as eliminating the entire Parks and Recreation Department. With this option, the budget would be balanced for another year but further cuts were likely after that.

The other option called for taking a hard look at how the city was delivering services in the three direct service areas that had grown the most: fire, police and parks and recreation. Public testimony indicated strong interest in this option.

The city council authorized the city manager and department head team to explore the second option.

The city initiated discussions with neighboring agencies and private service providers, based on goals set by the city council after the public workshops:

The challenge was to explore alternative service delivery models and discover whether the $3.5 million savings target could be reached while maintaining current service levels.

Due to the unique nature of police services, the city focused on discussions with neighboring cities and the county. Two neighboring agencies, the San Mateo County Sheriff’s Office and Redwood City, expressed interest in providing police services and submitted proposals. The city council selected the county sheriff to provide police services in San Carlos, starting Nov. 1, 2010.

“The transition from the city Police Department to the County Sheriff’s Office was flawless,” says City Manager Jeff Maltbie. “The sheriff’s deputies are in town all the time. The city saved so much money that it allowed the city council to add more police services.”

Fire protection services in San Carlos had been provided through a Fire Department shared with another city. San Carlos retained a consulting firm to define future fire services, draft the Request for Proposals (RFP) and provide advice on selecting the future provider.

During the RFP process, the city evaluated more than 20 different service options. The city council decided that re-establishing the San Carlos Fire Department, managed by neighboring Redwood City, was the best option. This produced annual savings of approximately $1 million initially and more than $2.1 million projected for the 2012–13 fiscal year.

The new San Carlos Fire Department (SCFD) has matched the services of the former shared department. SCFD also provides additional services in the areas of incident reporting, community events and involvement and fire personnel training. In the coming year, a portion ($100,000) of the savings from this approach is being used to purchase additional staff services from Redwood City and explore sharing staff at all levels between the two city fire departments.

The city prepared an RFP that described the current service levels and work hours of city maintenance crews. Several private firms responded. The council ultimately awarded the work to two contractors who were able to reduce the city’s annual expenses by more than $500,000. San Carlos generated additional savings by selling off the city equipment and supplies formerly used for this work unit.

“A key ingredient in the success of contracting for parks maintenance services with an outside landscape firm was retaining our senior maintenance workers,” says Parks and Recreation Director Doug Long. “They monitor the quality and performance of the contract services and have ensured our success.”

In summary, San Carlos has saved more than $4.8 million per year in police, fire and parks and recreation services. The city also increased its level of services to the public while simultaneously reducing costs by using a creative mix of shared services, contract services and providing services to other agencies.

City staff offers these lessons learned to other communities interested in launching a similar effort.

Strive to maintain or even increase your service levels. Residents are most concerned about the level of services provided by the city. If you can demonstrate that services can be maintained or enhanced through shared services, residents are more willing to consider such a change.

Look at all options without making assumptions. In some cases, options that seem “outside the box” — a small city serving as a service provider, reinstating a city Fire Department versus a shared Fire Department, contracting with a private firm for landscaping or partnering with a city that is not contiguous to your city — can be the best approaches to shared services.

Provide multiple alternatives for the city council to consider. The council and the community should be presented with multiple options and choices for shared service delivery. This is especially important when the city service is a highly visible program and provides direct service to residents. It enables the council to explore benefits and impacts of each shared service option.

Consider using subject matter experts outside the community. Using a consulting firm with subject matter expertise enables the city council and community to hear from experts who do not have a stake in the options under consideration. This approach also allows a city to consider service proposals from neighboring agencies in a neutral and objective manner.

Compare historical revenue and expense patterns. Reviewing revenue and expense patterns over time can be helpful. In San Carlos, expenses for police and fire had grown from 48 percent to more than 62 percent of the budget before the shared and contract services project started. That fact and a chart showing that the cost of public safety services was no longer covered by property tax and sales tax revenues provided strong indicators to the city council and the community that major changes were needed.