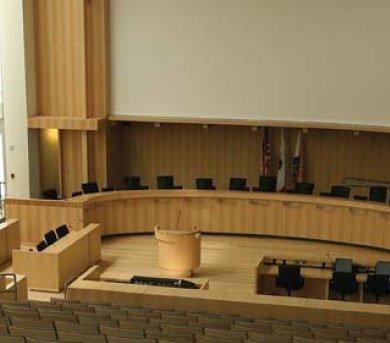 This article is a service of the Institute for Local Government (ILG), whose mission is to promote good government at the local level. Learn more about ILG’s Public Engagement and Collaborative Governance Program at www.ca-ilg.org/engagement.

Running local government successfully is hard work. City officials know that it requires serious commitment, time and knowledge on the part of local officials and staff as well as community members. Local policy-making is also a collaborative activity. The current economic and political challenges facing California exert tremendous pressure on mayors and council members to work together collaboratively and effectively. Issues that affect the future well-being of their cities also spur local officials to have conversations and collaborate with members of the public about the kind of community they envision for themselves and their children.

The need for collaboration — between individual council members, among councils as a whole and between local officials and the community — prompted the League to ask the Institute for Local Government (ILG) to conduct an Advanced Leadership Workshop on this topic during the League’s Legislative Action Days in May 2011.

This article presents some of the workshop’s highlights.

On any given day, we all may do a better or worse job in effectively communicating information with others in our work, civic and family lives. The quality of communication with others can present a challenge for local elected officials, who work largely in the public sphere and must deal with multiple audiences, limited time and a broad range of content. The issue of communicating with council colleagues is no exception.

Proponents of effective communication suggest a few simple rules to help us keep our speaking and listening skills well honed, thus supporting our goals and relationships.

Be attentive. Whether with an individual colleague or in council chambers before a packed house, paying attention to the speaker, the subject at hand and (as appropriate) the interpersonal dynamics involved will make you a more effective communicator and help you to be perceived as a respectful, effective colleague and public servant.

Ask clarifying questions. This shows a desire to better understand the speaker and demonstrates both attentiveness and an interest in learning more. Typically this is a better communication choice than a quick emotional retort or an immediate explanation of your own views. Asking clarifying questions helps increase the likelihood of a more productive conversation or exchange.

Let people know you are listening. Two very simple ways to do this include paraphrasing and using a perception check. Paraphrasing is repeating the essence of the speaker’s remark, thus conveying that you’ve heard the substantive content of what he or she has said; for example, “So you’re saying that you believe this would kill all the fish in the stream — is that right?” A perception check involves acknowledging the emotional content of a speaker’s comment; for example, “I can hear that you’re very worried about the safety of neighborhood residents if we remove that stoplight,” or “I want you to know that I hear how angry you are about this and how important the issue is to you.” Both paraphrasing and a perception check can be important communication tools for council members. Neither suggests you are necessarily agreeing with the speaker or expressing your own opinion on the issue at hand.

Distinctions Between Values, Interests and Positions

Your conversations with other individual council members or residents often concern topics that they (and perhaps you) feel very strongly about. It may seem there is no way to even begin to have a useful discussion about such topics. However, understanding the distinction between a value, an interest and a position can be helpful when tackling this type of situation. Consider these examples:

The following basic principles of collaborative problem-solving (or “principled negotiation”), developed by Roger Fisher and William Ury and presented in their book Getting to Yes, also offer helpful guidelines for working through a knotty issue with a colleague or guiding group discussions.

Separate the people from the problem. It’s not unusual for emotions to cloud problem-solving when people feel strongly about an issue. However, it is far more effective to attack the problem together, not each other. It’s also a much better way to preserve an important working relationship.

Focus on interests, not positions. Taking a hard negotiating position can obscure what is really wanted. A conversation about interests, which tend to be broader than positions, creates more opportunities for coming up with an idea that appeals to all participants. Discussing interests rather than focusing on positions means that there’s a lot more to talk about and improves the chances of success.

Invent options for mutual gain. In the typical back and forth of “making your case” there is often little opportunity to jointly think about and creatively invent new ideas that may be in the interests of both (or all) negotiators. However, this type of creative thinking probably won’t occur unless it’s given a time and a place to happen, and making time for this step is especially important when addressing polarized local issues.

Insist on using objective criteria. This is perhaps the hardest problem-solving guideline to follow — but perhaps the most important — in what is often a challenging political environment. Working to creatively solve a problem or reach an accord can be advanced if the participants can agree on some sort of common standard or a result that they think makes sense.

Much media attention has focused lately on the question of civility in public discourse, and many city councils are grappling with the challenge of how to ensure civility among council members in their own deliberations.

Highlighting the current interest in this topic, the New Jersey State League of Municipalities recently published an article titled “The Need for Civility in Local Government Dialogue” (www.njslom.org/need_for_civility.html). The article presents author John C. Gillespie’s 10 commandments of public civility, which include these admonishments:

Gillespie’s 10 commandments serve as useful guidelines for councils striving to improve the tone of discussions. Another helpful resource, the Institute for Local Government’s Promoting Civility at Public Meetings: Concepts and Practices (www.ca-ilg.org/civility), examines civility in conceptual and ethical terms and offers practical strategies for achieving greater civility in public discourse.

The City of Hayward’s Council Member Handbook includes the following:

Council members shall accord the utmost courtesy to each other, to city employees and to the public appearing before the council and shall refrain at all times from rude and derogatory remarks, reflections as to integrity, abusive comments and statements as to motives and personalities.

Other sections of Hayward’s handbook address sanctions for violating the various rules of procedure.

Beyond Robert’s Rules of Order

Whether you serve on a board, council, commission or other governing body, it is helpful to understand how to conduct public meetings. To simplify the rules of parliamentary procedure for those who participate in public meetings, Judge David Rosenberg created a video titled “Rosenberg’s Rules of Order: Simple Parliamentary Procedures for the 21st Century.” Prior to becoming a Yolo County Superior Court judge, Rosenberg served as mayor and council member for the City of Davis and as a Yolo County supervisor. (The video is based on a two-part article written by Rosenberg and originally published in Western City magazine in 2003. A newly revised pocket guide of Rosenberg’s Rules will be available later this year.)

As part of the Institute for Local Government’s service to local officials, the video and accompanying downloadable documents are available at www.ca-ilg.org/rosenbergrules. Test your knowledge of parliamentary procedure rules of order by taking the quiz (below).

The ability to effectively involve the public in decision-making is an essential skill for local officials. Many local agencies are facing serious challenges on issues ranging from budgeting and fiscal policy to climate change and public safety. Public engagement comprises a broad range of methods to inform members of the public about decisions that affect them and to invite their participation in the process. Such methods include but are not limited to public information and outreach efforts, public consultation and public deliberation (for more information, visit www.ca-ilg.org/PEbasics).

Circle the correct response for each item. Answers appear at the end of this page.

1.   You are a city council member. At a council meeting, you can’t hear the discussion due to noise made by the heating system. You should raise your hand and, when recognized, say, “Point of order — I can’t hear what’s being discussed.”

2.   A vote on hotly contested Agenda Item 5 has passed by a vote of 3 to 2. You were one of the two council members who voted against the item. Later in the meeting you ask for reconsideration of Agenda Item 5, because you have thought of something you believe will convince one of the majority votes to change his or her mind. The mayor rules you “Out of order” and refuses to allow a vote on reconsideration. The mayor’s ruling is:

3.   It’s 11:00 p.m. by the time the city council reaches Agenda Item 25. The mayor asks for a show of hands to indicate how many members of the public wish to speak on the item, and 32 people raise their hands. The mayor announces that she will limit each speaker to two minutes each. Can the mayor properly do so?

5.   On a highly controversial agenda item in a meeting attended by many members of the public, the audience becomes engaged in the discussion and members of the audience applaud in support or hiss in opposition following the remarks of the first speaker who addresses the city council. The mayor states that no vocal expressions of support or opposition will be tolerated at the meeting and asks the public not to applaud or hiss after speakers conclude their remarks. May the mayor do so?

7.   After a very long discussion and debate on a motion you made to approve a street repair schedule, which was duly seconded, you want to move ahead with voting on the item, so you say, “I call for the question.” The mayor responds, “OK, let’s proceed with the vote on the pending motion to approve the proposed street repair schedule.” Did the mayor handle your call for the question properly?

8.   If the maker of a pending motion accepts a proposed change and incorporates the change into her motion, and the person who seconded the motion also accepts the change, this is called a “friendly amendment.”

10.  In the middle of a meeting the mayor recognizes Maria, a council member, who moves to adjourn the meeting. Frank seconds her motion. The mayor calls for discussion prior to the vote. Maria raises a point of order and says that the motion should be voted on immediately. Who is correct?

This article appears in the September 2011 issue of Western City
Did you like what you read here? Subscribe to Western City 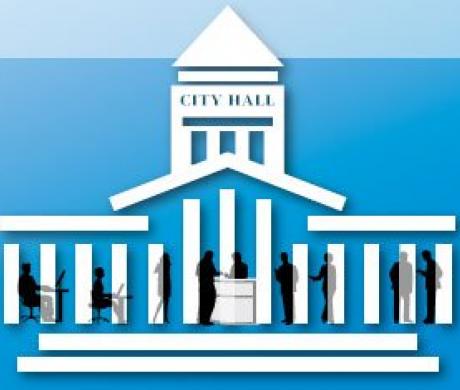 Transparency In Local Government: Protecting Your Community Against Corruption 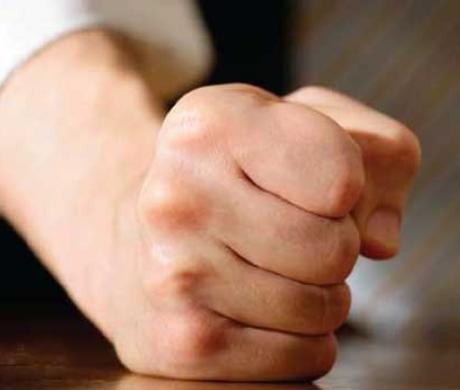