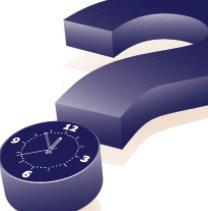 Creating new, good-paying jobs in California is a goal shared by cities and state government. In fact, with the economy stuck in the slowest recovery in memory, everyone seems to be interested in job creation. We have presidential candidates talking about protecting the “job creators” (a term new to many of us), the governor courting Chinese businesses and government officials to invest in California, and the Legislature beginning to wonder how it can help.

In the wake of redevelopment agencies’ elimination by the state Legislature and governor, however, city officials and legislators are asking, “What comes next?” What can be done to replace the roughly 300,000 private-sector jobs and $2 billion in state and local tax revenues that economists told us redevelopment helped create each year? In a state without a discernable economic development strategy, quite frankly it’s hard to know what state government policy-makers believe is good for economic development in California.

As state leaders ponder this essential question, city leaders know they don’t have the luxury of waiting. They are refocusing, identifying strategic opportunities and proposing ways to help the private sector make future investments through public-private partnerships that translate into good-paying jobs. Business leaders are quick to identify some of California’s competitive disadvantages when compared to some of our neighboring states: high energy costs, high land costs, high labor costs, stricter environmental laws and high workers’ compensation costs.

Before the loss of redevelopment funding, cities could help offset many of these business investment disincentives by providing direct and indirect financial assistance through redevelopment. In effect, they could essentially buy down the cost of doing business in California through grants, loans and discounted real-estate transactions that made the private investment pencil out.

It’s Time for a New Model

A task this complex and important will take both short- and longer-term strategies to succeed in California. One of the most important short-term strategies cities can employ is described in an excellent article in this issue by the city manager and city attorney of Alhambra (see “Creating Economic Development at the Local Level”). The city’s “self-help” approach is an extremely worthwhile initiative that doesn’t require waiting for state action. Every city can and should inventory its available resources and authority and determine what makes sense for it in the months and years ahead regardless of any possible state action.

Recently the League created a special Task Force on the Next Generation of Economic Development Tools, chaired by League First Vice President and Pasadena Mayor Bill Bogaard. The task force is developing recommendations that, if adopted, will guide the League’s work with the governor and Legislature in fashioning a new state-local economic development partnership. The task force believes this partnership should focus on two goals:

The task force has recommended the following League strategies, which will have been reviewed by the League’s policy committees and board of directors as this issue of Western City goes to press. The strategies comprise the following short- and longer-term components.

Short-Term Action: In the Next Few Months

Longer-Term Action: Before The Year Ends

The governor’s revised budget will be released shortly, and many expect it will reveal the extent to which he will be willing to go in implementing some of these recommendations. The next few weeks and months will be interesting, to say the least. To check on the latest developments, visit www.cacities.org.