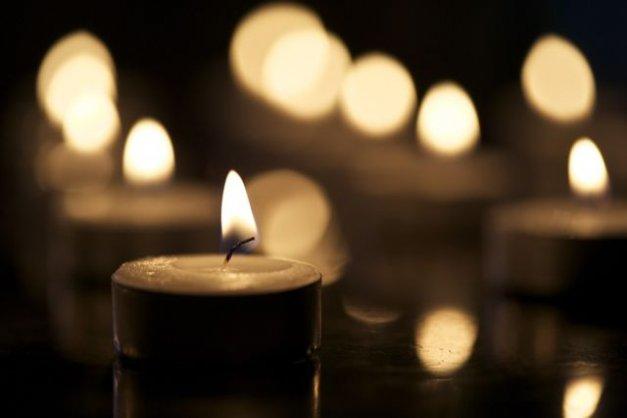 This column is a service of the Institute for Local Government (ILG), whose mission is to promote good government at the local level with practical, impartial and easy-to-use resources for California communities. For more information and to access ILG’s resources on public service ethics, visit www.ca-ilg.org/trust.

The article “A Leader’s Role When Tragedy Strikes” (April 2010, Western City) underscored the importance of prompt communication when something terrible occurs in a community.

Recently something terrible happened in our community. The public is demanding answers and information, expressing a strong desire that those responsible be held accountable. Our local agency staff is investigating what happened and whether any wrongdoing has occurred.

Although transparency and communication are key elements of promoting public trust and confidence, sometimes discretion — as it relates to divulging incomplete or misleading information — is the right approach. A values-based approach provides a useful framework for analyzing the situation.

Leaders can look to a number of universal ethical values in analyzing what the right thing to do is in any given situation. These values include compassion, loyalty, responsibility, trustworthiness, fairness and respect. As in many ethical dilemmas, positive values may compete, complicating the analysis.

As discussed in “A Leader’s Role When Tragedy Strikes,” it is helpful and extremely important to promptly acknowledge and express compassion and empathy for families who have suffered a tragedy. Acknowledging the community’s loss and people’s sense of fear or anger is also consistent with this value.

Compassion and empathy are not the only values at stake in a situation. Often circumstances call for an investigation when something bad happens. The goals of an investigation are typically to evaluate whether any wrongdoing has occurred, hold wrongdoers accountable and analyze how to prevent a recurrence of the situation.

“What about transparency?” some may ask. Transparency is connected to truth-telling and accountability, which in turn relate to the core values of trustworthiness and responsibility. Releasing information that may be incomplete or misleading can be inconsistent with those values. As curious as the media and the public may be about what the agency is learning, waiting until all the information is in and the investigation is complete is the values-based approach.

Individuals in the community or the media may believe that they know which conclusions should flow from the facts that they have. While they may ultimately be correct, the purpose of an investigation is to look at all the available facts — without prejudging — to determine what happened and how to prevent it recurring. A fair process does not begin with a conclusion and work backward from there.

If a person’s job or key rights are on the line due to an investigation’s findings, they may challenge the integrity of the investigation if it appears that those performing it were influenced by people who may have reached a conclusion without the benefit of all the facts. If such a due process claim is successful and the investigation’s conclusions are thrown into question, the agency and its leaders will not have achieved the community’s goals of getting to the truth of the matter.

Applying the “front page” test to such a situation, local agency officials might foresee the headline “Agency Bungles Investigation,” suggesting the agency did not live up to its responsibilities. In fact, the New York Times analysis of the FBI’s handling of the investigation of the Atlanta Olympics bombing (see “Investigative Twists and Turns: From Hero to Suspect, But Not Quite Back Again” on page 10) used the word “bungled” years after that case was resolved.1

As a practical matter, an incomplete or biased investigation may work against the community’s need for trustworthy answers that stand the test of time. Even if one ultimately gets to the right answers, people will remember the wrong ones as well.

Communicating in a Crisis

Having discussed what one cannot or should not say, what should one say? Crisis communications expert Joan Gladstone advises local officials and staff to think in terms of responding with both one’s head and one’s heart.

She notes, “What people crave is hearing that public officials care. Otherwise the community will perceive officials as being out of touch.” Expressing empathy (for example, saying “Our hearts go out to those affected” or “We are so sorry to learn of this tragedy”) can address this human need.

To address the “head” part of the response, most agencies appoint a spokesperson to offer prompt information to proactively address the community’s concerns. In Gladstone’s experience, supplementing the spokesperson’s comments with a written statement can provide a source of information for both the media and all local officials to guide their response and reduce the chance of off-the-cuff remarks. Agency counsel and others should review the statement to ensure that it does not include information that could undermine the investigative process.

Finally, preparation and training are also important strategies for communicating effectively in difficult situations. These steps enable local officials to learn, in a less stressful and non-emotionally charged setting, about the processes that the agency follows in responding to a crisis situation (whether that crisis impacts people, property, the environment or some combination of these). Such an approach also enables everyone on the team to understand the logic underlying what information can be responsibly made available and what information needs more time to develop.

Investigative Twists and Turns: From Hero to Suspect, But Not Quite Back Again

The Richard Jewell story illustrates the hazards of rushing to judgment and the injustice and damage it can cause. Jewell was the security guard who found the bomb that detonated during the Olympics in Atlanta, Georgia, on July 27, 1996.

In the first few days after the bombing, Jewell was hailed as a hero. He had recognized the pack containing the bomb as suspicious, quickly alerted the police and helped evacuate the area around the bomb.

Public sentiment toward Jewell shifted dramatically when a law enforcement source reportedly leaked information to a local newspaper that Jewell was a suspect in the FBI’s investigation. Jewell was subjected to intense, unflattering and hurtful media attention, including speculation that he was an attention-seeker who planted the bomb to become a hero.2 Although the FBI was investigating Jewell, it had no actual evidence that he was indeed the bomber.3

After three months of media attention and investigation by the FBI, the federal government announced that Jewell was no longer a suspect in the bombing.4 It was two more years before the FBI identified the actual culprit in the bombing, who was later convicted and sentenced.

One print journalist, reflecting on the damage a mistaken accusation can do, observed:

I interviewed Mr. Jewell about his treatment by the news media, which he said had jumped on him “like piranha on a bleeding cow.” He said then, as he did in subsequent interviews, that he knew he could never get his name back.5

What happened in Jewell’s situation has now entered the communication lexicon as “the Jewell syndrome.”6

The Jewell syndrome holds potential lessons for well-intentioned public officials. The source who leaked the information likely believed that the disclosure responded to the media’s and the public’s need to have information about the possible culprit of such a heinous act. But the unfairness of what happened to Richard Jewell as a result of attempting to meet that need underscores the potential cost of releasing incomplete or inaccurate information.

California’s open records and open meetings laws also reflect a balancing of the value of transparency with those of fairness and privacy.

The California Public Records Act promotes transparency by giving the public and the media the right to inspect public records. However, the act contains a number of exemptions.7

For example, certain law enforcement investigation records are not subject to disclosure under open records laws.8 This includes information that would interfere with the successful completion of an investigation if disclosed.9 Peace officer personnel records are also subject to certain confidentiality provisions.10

The Brown Act promotes trust and transparency by generally requiring that discussions among members of local agency decision-making bodies occur at noticed and open meetings.11 Exceptions exist for such matters as discussions related to evaluation of performance, discipline or dismissal of a public employee; hearing complaints or charges brought against the employee by another person;12 and conferences with legal counsel related to anticipated or existing litigation.13

Note: Sections in the California Code are accessible at http://leginfo.legislature.ca.gov/.
Fair Political Practices Commission regulations are accessible at www.fppc.ca.gov/index.php?id=52. A source for case law information is www.findlaw.com/cacases/ (requires registration).

6254. Except as provided in Sections 6254.7 and 6254.13, nothing in this chapter shall be construed to require disclosure of records that are any of the following:

Customer lists provided to a state or local police agency by an alarm or security company at the request of the agency shall be construed to be records subject to this subdivision.

(a) Peace officer or custodial officer personnel records and records maintained by any state or local agency pursuant to Section 832.5, or information obtained from these records, are confidential and shall not be disclosed in any criminal or civil proceeding except by discovery pursuant to Sections 1043 and 1046 of the Evidence Code. This section shall not apply to investigations or proceedings concerning the conduct of peace officers or custodial officers, or an agency or department that employs those officers, conducted by a grand jury, a district attorney’s office, or the Attorney General’s office.

(b) Notwithstanding subdivision (a), a department or agency shall release to the complaining party a copy of his or her own statements at the time the complaint is filed.

© Notwithstanding subdivision (a), a department or agency that employs peace or custodial officers may disseminate data regarding the number, type, or disposition of complaints (sustained, not sustained, exonerated, or unfounded) made against its officers if that information is in a form which does not identify the individuals involved.

(d) Notwithstanding subdivision (a), a department or agency that employs peace or custodial officers may release factual information concerning a disciplinary investigation if the officer who is the subject of the disciplinary investigation, or the officer’s agent or representative, publicly makes a statement he or she knows to be false concerning the investigation or the imposition of disciplinary action. Information may not be disclosed by the peace or custodial officer’s employer unless the false statement was published by an established medium of communication, such as television, radio, or a newspaper. Disclosure of factual information by the employing agency pursuant to this subdivision is limited to facts contained in the officer’s personnel file concerning the disciplinary investigation or imposition of disciplinary action that specifically refute the false statements made public by the peace or custodial officer or his or her agent or representative.

(2) The notification described in this subdivision shall not be conclusive or binding or admissible as evidence in any separate or subsequent action or proceeding brought before an arbitrator, court, or judge of this state or the United States.

(f) Nothing in this section shall affect the discovery or disclosure of information contained in a peace or custodial officer’s personnel file pursuant to Section 1043 of the Evidence Code. 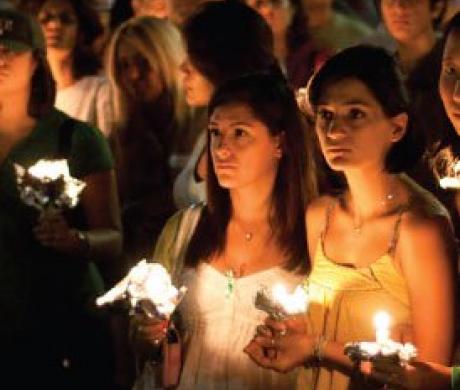 A Leader’s Role When Tragedy Strikes