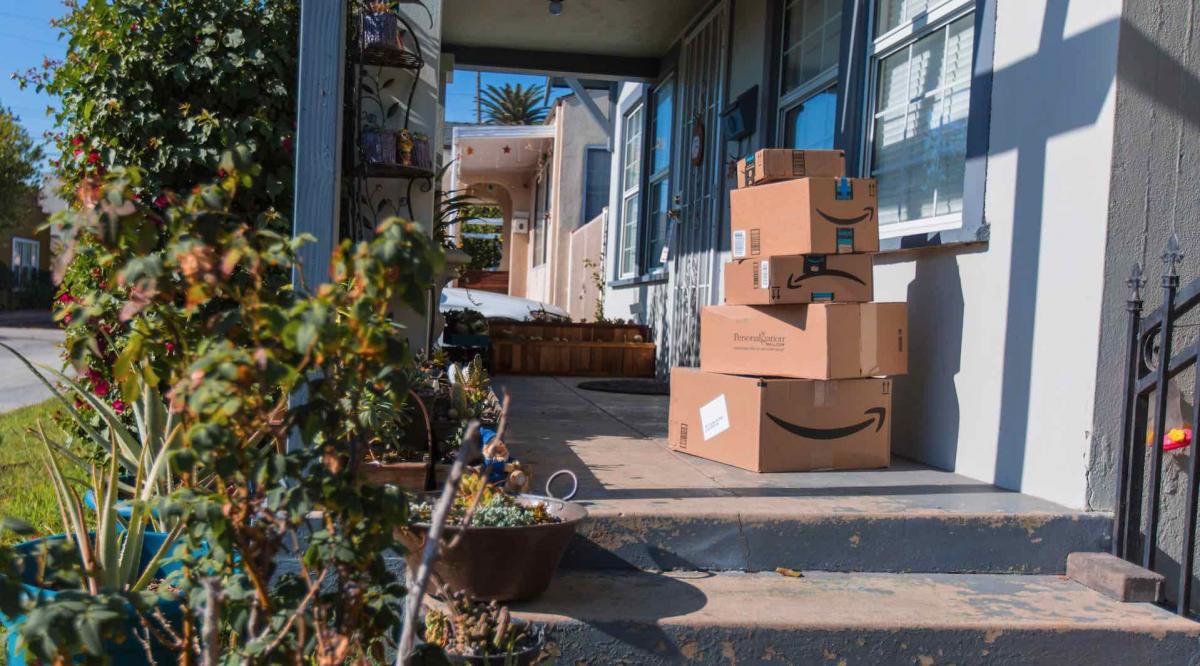 Karalee Browne is a program manager for the Institute for Local Government and can be reached at kbrowne@ca-ilg.org.

With the click of a button, Californians can have a book or a designer handbag delivered to their doorstep. Although such easy access to items is convenient, it often comes at the expense of the environment and local public health. As online sales increase, so do the size and number of distribution warehouses that must stock vast selections of goods to be delivered directly to shoppers. As a result, more trucks are clogging local streets and freeways and causing traffic, pollution and adverse health impacts, particularly in disadvantaged communities. Now a group of researchers is examining the location of these warehouses, truck routes and types of trucks used to help them understand how California communities can better facilitate healthy goods movement that does not hinder local governments’ efforts to meet climate action goals.

In the past, companies sought to locate warehouses on the outskirts of cities, isolated from high population centers so that suppliers could move goods without disruption to communities. Warehouses served as storage facilities where products were held for weeks or even months, until distributors needed to bring stock to storefronts. Today, with the growth of e-commerce sales, locating these warehouses closer to homes is becoming more attractive because it facilitates next-day or even same-day shipments. When such operations are closer to population centers, deliveries cost less and companies can be more competitive in courting shoppers who desire bargains and free shipping.

This new way of doing business is creating a dilemma for local government leaders who must balance economic opportunities with consumer needs and the environmental impacts of this booming e-commerce industry. 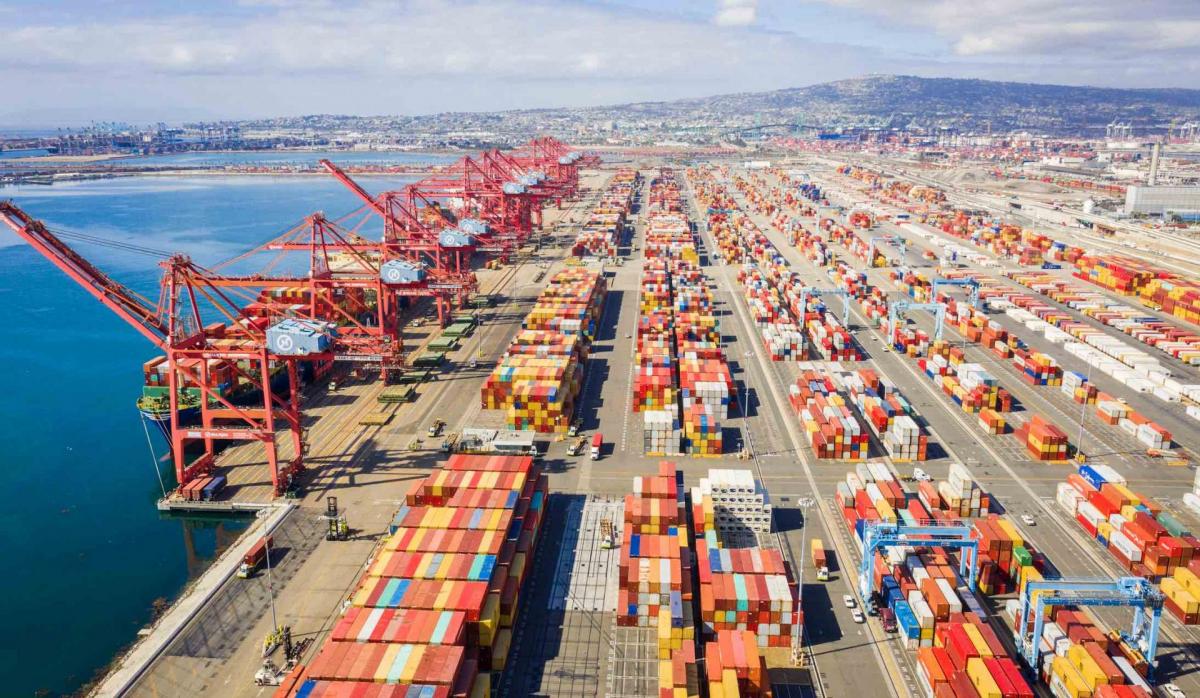 The Economics of Freight, Warehouses and Land Use

As the sixth largest economy in the world and the biggest gateway for the movement of both domestic and international goods in the United States, California continues to provide an ideal location for goods distribution. In Southern California alone, nearly 600 million tons of freight valued at approximately $1.7 trillion moves through the region annually. More than half of the goods movement comes through the Port of Los Angeles and neighboring Port of Long Beach. The easy access to these seaports, local airports, roads and rail makes the Southern California region desirable for warehousing.

Because land is less expensive and more abundant in the Inland Empire compared with Los Angeles, the Inland Empire has become one of the nation’s most desirable regions for building mammoth warehouses. Between 2001 and 2016, developers proposed and built 13 mega warehouses (1 million square feet or more) in the Inland Empire. To date, these warehouses have brought more than 55,000 jobs to the area, which accounts for about 22 percent of the region’s employment. But the expansion of these facilities also brings increased pollution at freight hubs and in communities located near ports and warehouses.

In 2015, the Moreno Valley City Council approved a 40 million-square-foot warehouse project  — the size of about 700 foot- ball fields — on the eastern edge of town. The council was divided on the project, which passed with a 3-2 vote. The proposed distribution center, slated to be the largest such facility in the country, would cover 2,610 acres. With the promise of 20,000 jobs, the mega warehouse offered city leaders a solution to high unemployment rates and a growing population; however, the distribution center vote sparked a massive debate. Some people defended the need to bring jobs to the struggling community, and others argued it would generate serious traffic, negative public health impacts and environmental consequences.

Environmental groups and neighboring local governments immediately filed lawsuits. Nearly four years later, the project’s future is still unclear as the courts weigh in on the numerous lawsuits, including claims that the environmental analysis was incomplete. According to the project’s environmental impact report, the warehouse would likely draw about 14,000 trucks a day into the city in a region plagued with some of the worst air pollution in the nation. While air quality agencies and health advocates continue to raise concerns, local elected officials point out the project’s sustainable features, including Leadership in Energy and Environmental Design (LEED) certification, solar generation and 2010 truck standards that reduce emissions.

Moreno Valley City Manager Tom DeSantis believes that economic development and environmental stewardship go hand in hand in Moreno Valley. He says, “This city was developed as a bedroom community, so we have always struggled with a job-to-housing balance. The project offers 20,000 new jobs, which equates to 20,000 opportunities for our residents to get off the freeway and work closer to home.”

Genevieve Giuliano, Ph.D., of the University of Southern California, heads the Pacific Southwest Region University Transportation Center, a consortium of leading universities. One of its goals is to advance an environmentally sustainable transportation system. The group recently published research illustrating that California’s investment in building and maintaining freight infrastructure is “far outpaced by the rapid growth in both passenger and freight demand.” The report also acknowledges that arterial freight impact is not limited to the urban core, and that the impact of freight affects suburban locations as well.

Giuliano says although local elected officials have limited influence on the freeway impacts caused by freight transport, they can design their communities to better accommodate freight in the last mile. “We have to get over thinking that trucks are the enemy and learn how to manage them better,” she says. “As online shopping increases, so will the demand for trucks. If we can design complete streets and building codes to better accommodate freight, we can increase safety and decrease the amount of pollution caused by these trucks.” Giuliano’s report recommends15 strategies to reduce the impacts of freight, including making improvements to truck parking facilities, integrated freight information systems, portwide terminal appointment systems and on-site parking and loading facilities.

The group is continuing its efforts to inform policymakers through an expanded collaboration recently funded by the Climate Change Research Program of the Strategic Growth Council. Giuliano’s group is now part of the Climate Smart Communities Consortium (CSCC), funded by the Strategic Growth Council to advance more sustainable transportation and climate-smart communities through direct collaboration with government agencies, community members, non-governmental organizations and the private sector. The Institute for Local Government is working with CSCC to increase local engagement in the projects and ensure that the research reaches local leaders in a relevant way. The group is in the early stages of designing its research projects and hopes to have findings in summer 2020. 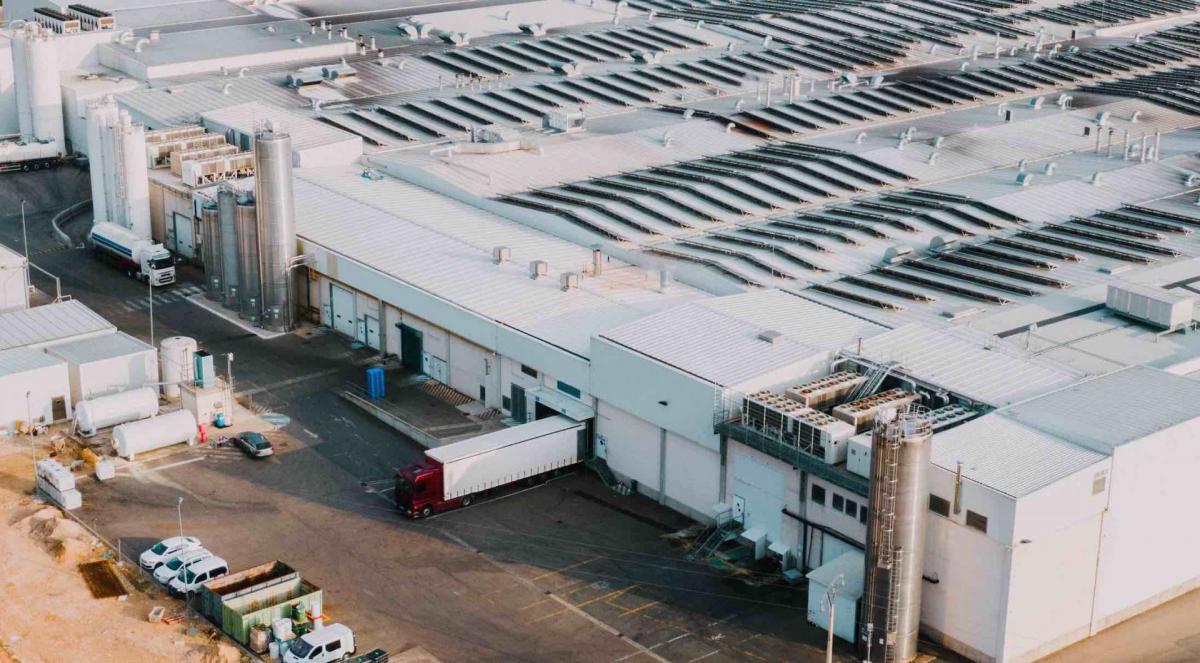 The state will use the CSCC research to continue informing its policies and programs designed to minimize community health impacts from freight and other types of transportation. The California Air Resources Board (CARB) is creating a freight handbook to help provide pollution-control best practices to local communities as freight projects are developed. This handbook will be another product of CARB’s Sustainable Freight Transport Program, which was created in 2016 to implement a broad program that includes regulations, incentives and policies to support a transformation to a more sustainable freight system. From 2018–19, CARB awarded $205 million in grants for projects designed to accelerate the adoption of clean freight technologies and reduce air pollution caused by the movement of goods throughout the state. The projects range from electric locomotives, trucks and refrigeration trailers at railyards in Stockton and San Bernardino to a hybrid tugboat and electric cranes and forklifts at the Port of Long Beach. All 11 projects are located within disadvantaged communities heavily impacted by air pollution from freight facilities.

The program granted the City of San Francisco $4.6 million to purchase 30 electric medium-sized and heavy-duty vehicles and fast-charging infrastructure aimed at reducing pollution emissions caused by the movement of produce along trade corridors between the Bay Area and the Sacramento Valley. Clean-air advocates say stronger state rules and guidance and more investment are needed to ensure that increasing freight infrastructure doesn’t create more pollution in California’s most disadvantaged communities.

“There is a clear need to protect the health of local residents as local communities consider expanding or building freight facilities,” says Will Barrett, clean air advocacy director with the American Lung Association in California. “Without incorporating zero-emission infrastructure and equipment, informed land-use decisions and other strategies to protect local residents — coupled with consistent funding support to ensure clean technologies — these facilities can add significant new health burdens.”

The amount of funding allocated for transportation equity projects and fleet modernization programs is an ongoing source of debate in the Legislature, given competing priorities for cap-and-trade revenues. Although the actual allocations are still in flux, most legislators favor a significant investment to support clean transportation projects and programs.

Given the increasing need to move goods through California, many say the only way to reduce the pollution and greenhouse gas emissions from freight transport is to electrify the trucks carrying products to their destination, but even that is not a silver bullet to the problems stemming from the massive increase in e-commerce sales. Local agencies need to diligently analyze environmental and public health impacts before seeking to attract or plan for freight facilities. Only by understanding these costs and benefits can public officials properly evaluate how freight facilities align with the community goals — and prepare accordingly. 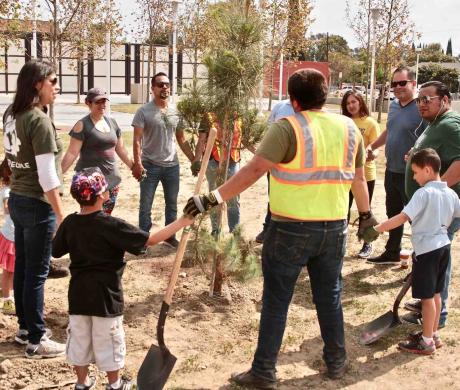 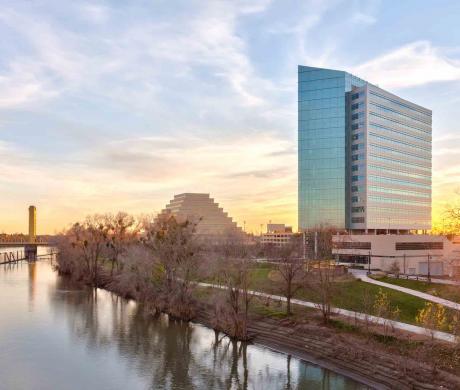 Article April 30, 2018 News from the Institute for the Local Government by Steve Sanders

State programs aimed at solving climate change can also help cities tackle many of their other community priorities. The cap-and-trade program generates substantial revenue that the state invests to further reduce greenhouse gas emissions and achieve other community co-benefits.