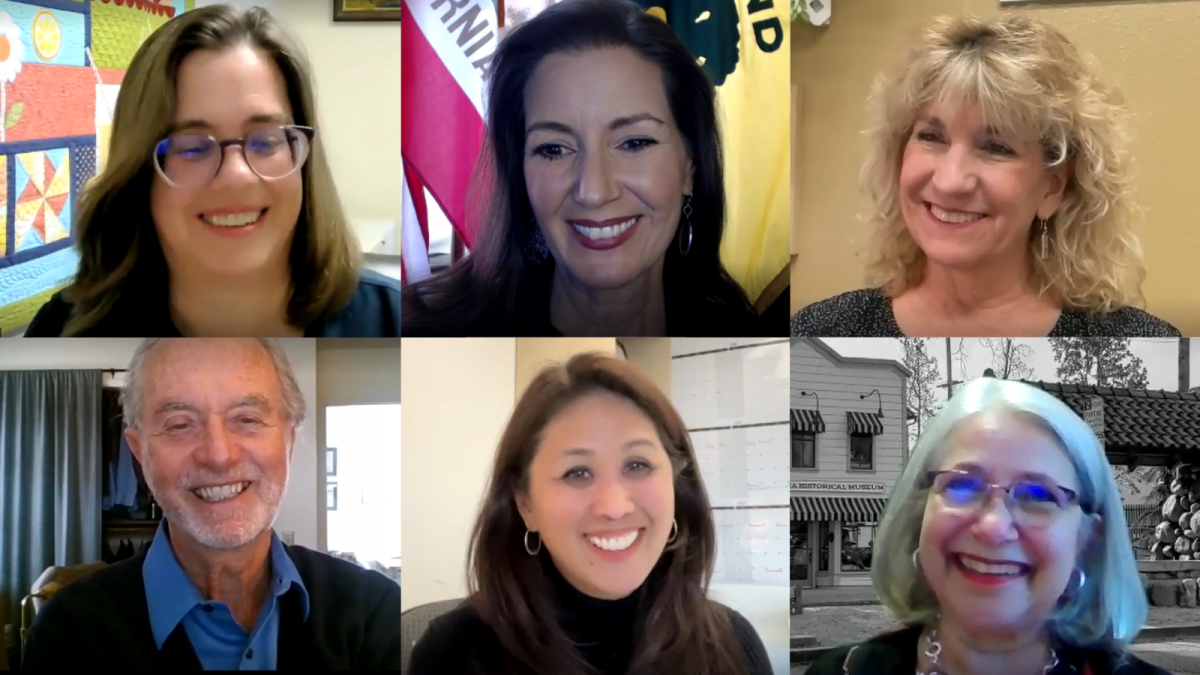 However, many leaders have also risen to the occasion and reaffirmed the fundamental tenants of good governance: Empathy, listening, and integrity help build effective city halls and thriving communities. City leaders cannot choose their disaster, but they can choose how to prepare and respond.

As in previous years, Western City interviewed former mayors — from Cheryl Viegas-Walker in the border city of El Centro to Libby Schaaf in Oakland — about the leadership lessons they have learned and their favorite local projects. With nearly 90 years of experience between them, these six city leaders have developed a wealth of knowledge about leadership. Their insight will be invaluable for new council members or those seeking to take their leadership to the next level.

Cheryl Viegas-Walker served as an El Centro council member for 25 years and is a former League of California Cities president. She emphasized the importance of knowing why you are seeking elected office.

“Unless you feel it in your bones — unless you feel that in your heart — don’t [run for office]. Be able to articulate why you’re running, what kind of difference you are going to make, [and] why people should vote for you,” Viegas-Walker said.

She also stressed the need to collaborate, especially in an era of divisive politics. “Please go out and build coalitions. Build partnerships,” she stated. “Approach those people that maybe you wouldn’t necessarily invite over to Thanksgiving dinner and see if you can make those connections because the strongest leaders are those that can pull people together for the common good.”

When asked about her favorite local project, Viegas-Walker pointed to two things: a tiny homes project for students and two massive infrastructure and landscaping projects.

Clyde Roberson’s involvement in local politics stretches back 40 years. He served on the Monterey City Council for 28 of those years. Although the political landscape has changed significantly since those pre-internet days — and not always for the better — the fundamentals are still the same.

Good leaders know when to lead and when to listen. “One, you have to have confidence in yourself,” Roberson stated. “Two, you need to listen and find out if what people are telling you is true and [if you] need to change. And then other times you just have to thank people for their comments, and you have to compartmentalize.”

Roberson has a lot of things to be proud of, including a long stretch of open coastline and a $4 million community improvement program. He also looked fondly back on the Monterey Bay Aquarium ribbing cutting ceremony. He had nothing to do with it, but it was nice to get the credit.

“It all evens out because I get blamed for a lot of things that I didn’t do,” he joked.

Diana Mahmud spent nine years on the South Pasadena City Council. Before that, she worked as a city staffer, giving her an invaluable perspective into what makes a successful local agency. For Mahmud, preparedness, consistency, and collaboration are the hallmarks of a good leader. But good leadership is also about remembering a simple childhood lesson.

“You help yourself by helping others. And that brings me to my next rule — which is the golden rule — which is to simply treat others as you would like to be treated yourself,” Mahmud stated. “In order for the community to have respect for you and your council, be very mindful of how you treat each other … and members of the public.”

Mahmud pointed to a successful, 50-year fight that prevented the construction of a second freeway through the 3.5 square mile community as an example of how local works. Like her second pick — a clean energy joint powers authority — it would have been impossible without the support of other cities.

Marico Sayoc served on the Los Gatos Town Council for eight years and is the former president of the Cal Cities Peninsula Division. Like others, she spoke about the rise in incivility and sometimes outright anti-democratic threats from those who want to “stall democracy” and “stop progress.” In those instances, she noted, it is important to remain calm and trust in your staff.

Like Mahmud, Sayoc selected a clean energy joint powers authority as one of her favorite local projects. “We would not have been able to do it if we weren’t collectively doing it together as one entity,” Sayoc said.

Susan Seaman is finishing her first and only term as mayor of Eureka. The city has a weak-mayor system, meaning that the position is mostly ceremonial. According to Seaman, this does not mean she was powerless. After all, people tend to pick up the phone when the mayor calls.

“Influence is power. You don’t have to be the one who is making the vote to able to make a difference in your community,” Seaman said. “The world is run by those who show up. Be in the right places and say things in a way that shows that you are listening and care and anybody can be influential.”

Seaman also highlighted the need to recognize people’s capacity for change and talk to them in a way that is comforting but also gets them to understand what is needed for progress.

The outgoing mayor is most proud of Uplift Eureka, which won a Helen Putnam Award for Excellence. The program helps provide supportive services to people experiencing homelessness.

Libby Schaaf was elected to the Oakland city council in 2010 and mayor in 2014. According to Schaaf, good leaders look to the long-term interests of their community. However, leadership is earned, not won. This is doubly true in communities with historic inequality and an earned resentment towards power.

“You have to come in with tremendous humility and a respect for how those who have held power before you have abused it,” she stated. “And that we come to public service to heal those wounds, to create a better, more equitable, more fair society.”

Schaaf pointed to the city’s successful infrastructure program as an example of how local works. As the “pothole mayor”, she helped make it easier to repair potholes, infused equity into the city’s road paving plan, and broke the city’s record for most roads paved twice.

She also helped usher in two popular bond measures. One funds libraries, road repairs, recreational centers, and affordable housing. The other will provide universal preschool for 30 years to Oakland residents, as well as college scholarships and baby bonds.

What does the future hold for these local leaders?

Although their time on city council is ending, these six leaders have many fruitful years of service ahead of them — and some well-deserved vacations.

Viegas-Walker will remain engaged in her community, specifically in the areas of food insecurity, juvenile justice, and aging. She looks forward to her work on a statewide transportation equity commission and hopes to finally get her photograph collection organized.

Although Roberson is stepping back from the city council, he welcomes any future opportunity to serve Monterey. He hopes to get a book of “humorous children’s poetry” published and spend more time with his grandchildren.

Mahmud will continue her clean energy work and will focus much of her time on educating city leaders on water issues. She hopes to spend lots of time with her family, resume gardening, and reduce her possessions.

Sayoc does not know what her plans are yet but is excited about Gov. Gavin Newsom’s plan for youth mental health care. She is interested in how community-based organizations like hers can participate and hopes to stay connected to Cal Cities.

Seaman stepped back from her public office to focus on her day job at the Arcata Economic Development Corporation. She will be doing much the same work she did as mayor but on a larger scale.

Schaaf has not formally announced her “retirement” plans. Like many other former mayors, she will undoubtedly find a way to continue serving her community.