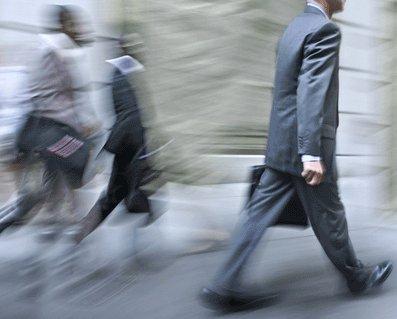 This month Western City examines issues related to municipal finance. One of the key elements of municipal finance involves the challenge of funding current and future public pension obligations. Because this issue is central to both the fiscal health of cities and their ongoing efforts to promote transparency in government, the League made pension reform its top legislative priority in 2012. We articulated the goal for pension reform as follows:

Support Sustainable and Secure Public Employee Pensions and Benefits. Work in partnership with state leaders and other stakeholders to promote sustainable and secure public pensions and other post-employment benefits to help ensure responsive and affordable public services for the people of our state and cities.

As the 2011–12 legislative session concluded, we succeeded in accomplishing this goal. To underscore how quickly the dynamic can change inside the state Capitol, it’s worth mentioning that unlike the discussions around eliminating redevelopment, where we were very much on the outside, with pension reform we were active participants in the policy-making dialogue. We were repeatedly asked to meet with staff from the Governor’s Office and the state Department of Finance in shaping the final bill.

We were pleased to play a part in these discussions and, at the same time, we maintained contact with the appropriate legislators and staff. We also had the great help of the Pension Reform Task Force of the League’s City Managers Department and public pension law experts throughout the state, who advise your cities on a regular basis.

We ultimately supported the pension reform package because it:

In the end, the pension reform package significantly improved a system that urgently needed reform.

The California Public Employees’ Retirement System (CalPERS) estimates that the reforms will save between $42 and $55 billion over the next 30 years. The reforms apply to all public employers and pension plans with the exception of the University of California as well as charter cities and charter counties that do not participate in CalPERS or the County Employees Retirement Law of 1937 System (often referred to as the ’37 Act system).

Moody’s Investors Service issued a report on Sept. 10, 2012, stating that the reforms would be positive for both the state and local governments that participate in CalPERS.

What the Bill Does

AB 340 takes effect on Jan. 1, 2013, and makes changes to public employee pensions that include:

It’s worth noting that these reforms are being implemented as pension-related issues increasingly gain attention and continue to pose ongoing challenges. For example, the Governmental Accounting Standards Board (GASB) recently released new defined benefit pension standards that will have a significant impact on local governments. For the first time, the net pension liability will be shown on every government’s financial statements. (For more about this topic, see “GASB’s New Defined Benefit Pension Standards: Sunshine or Rain for Cities?”)

In a year that held some bitter disappointments and major fiscal setbacks for cities — most notably the elimination of redevelopment agencies — the passage of AB 340 represents an important step forward in reforming public pensions. Gov. Jerry Brown’s leadership on this matter was critical, and Assembly Speaker John A. Pérez and Senate President Pro Tem Darrell Steinberg deserve recognition and our appreciation for their significant contributions on this policy initiative. While we certainly have had strong disagreements on redevelopment, we worked effectively together to achieve this major milestone that will help make our budgets more fiscally sustainable.