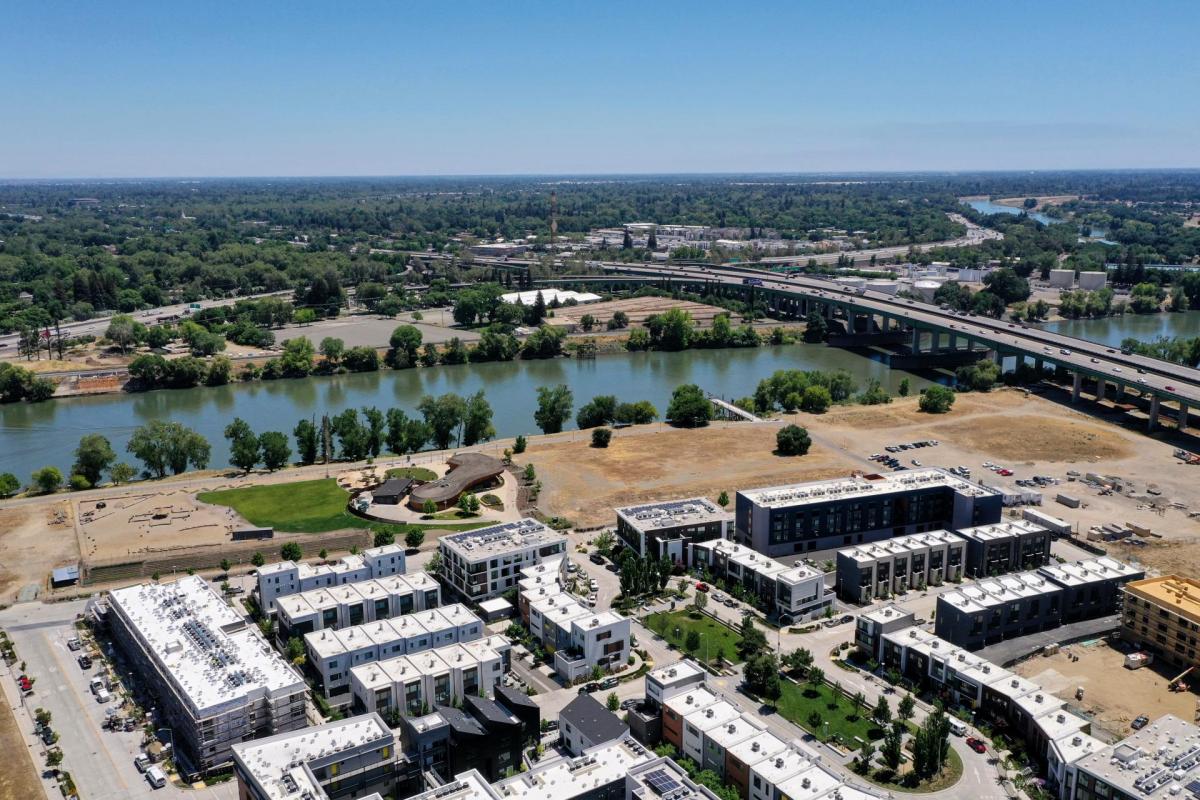 From rice mills to infill, West Sacramento transforms city’s waterfront into a model of mixed-use

A project decades in the making, West Sacramento has turned what was once an industrial area into a growing and thriving mixed-use community where people can live, work, and play. Watch the video feature below.

What was once a booming industrial area in West Sacramento is now a growing and thriving community known as the Bridge District. The 188-acre and rapidly developing, urban district on the city’s riverfront is located just across the Sacramento River from the Golden State’s capital.

Prior to development, the Bridge District was occupied by rice mills and other industrial operations for nearly a century. As those industries began their decline in the latter part of the 20th century, the city saw an opportunity to transform the area. 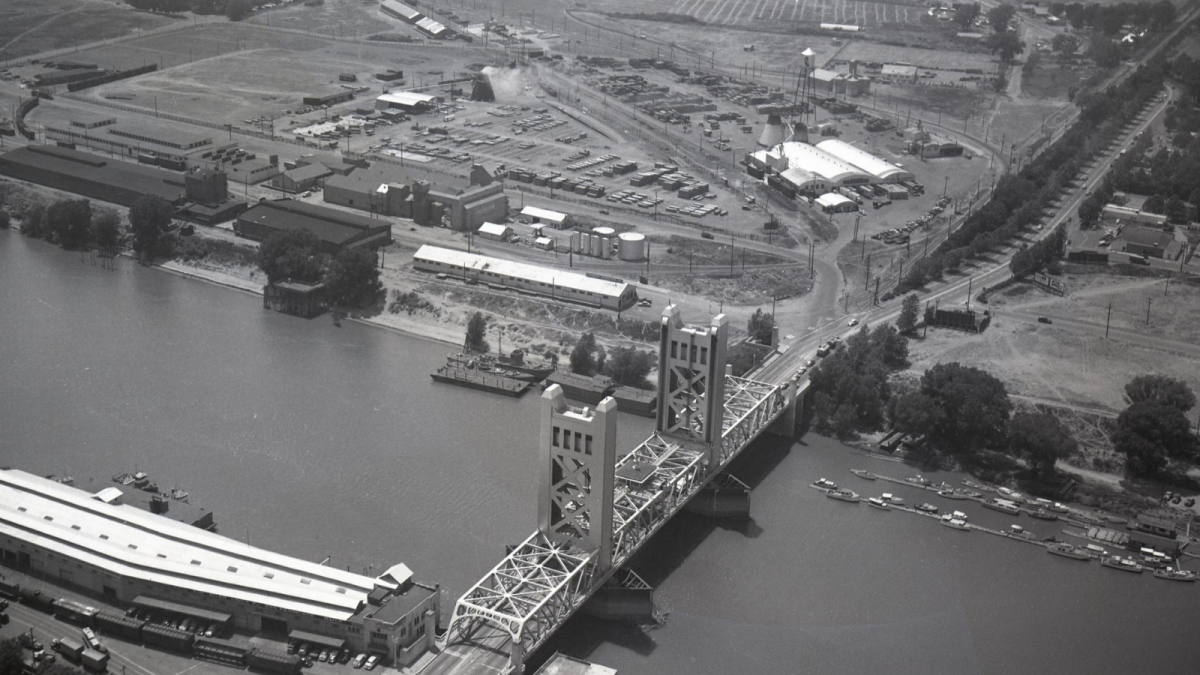 Incorporated in 1987, West Sacramento (population 53,915) developed an extensive plan to transform the riverfront community. The vision was to create a vibrant, mixed-use urban waterfront where people could live, work, recreate, and come for entertainment.

“That really was something that made sense to people,” said West Sacramento City Manager Aaron Laurel. “The vision for the Bridge District and really the riverfront, it speaks to the promise of what made West Sacramento a city in the first place.”

The Bridge District Specific Plan was adopted in 1993. But the city had to overcome decades of industrial infrastructure and the ingrained idea of West Sacramento as an industrial town. It would take years for the vision to take shape. 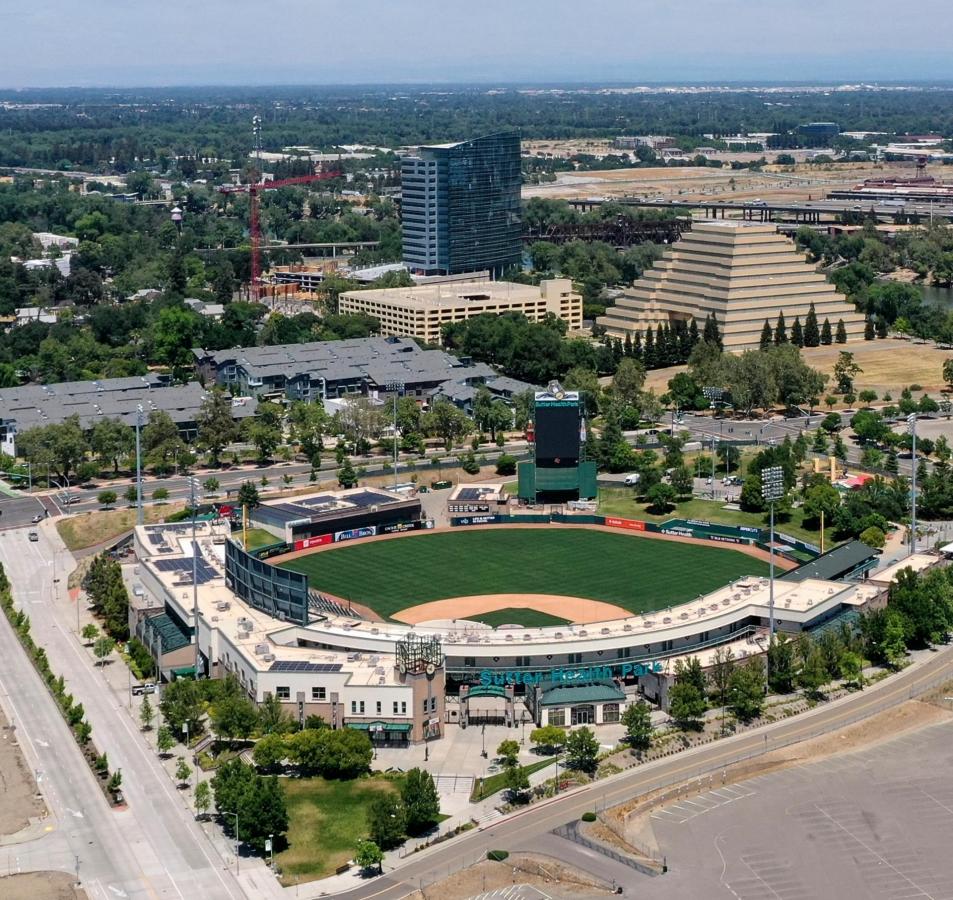 Sutter Health Park, originally called Raley Field, was established in 2000 and set the tone for future growth. Home of the River Cats, the AAA affiliate of the San Francisco Giants, the ballpark was an anchor for what became the Bridge District.

From there, the city focused on creating an inviting environment for people to live, dine, and enjoy a variety of amenities. A critical component to that environment involved planning for housing.

“To get to that point where it becomes that vibrant entertainment center in place that has all those amenities that people want to see, you have to build that critical mass, and the most important component of that is housing,” said Laurel.

The city has been actively planning the expansion of housing for the past 20 years.

Approximately $23 million was awarded to the city as part of the Proposition 1C funding program to help build the infrastructure to support infill housing developments in the Bridge District. To receive the funding, there needed to be a strong housing component, which also included affordable housing.

From luxury condos to affordable units, the city is planning for homes of all income levels in the Bridge District. The Rivermark, offering 70 affordable housing units for families, opened in 2015 and was the first housing development approved in the area. 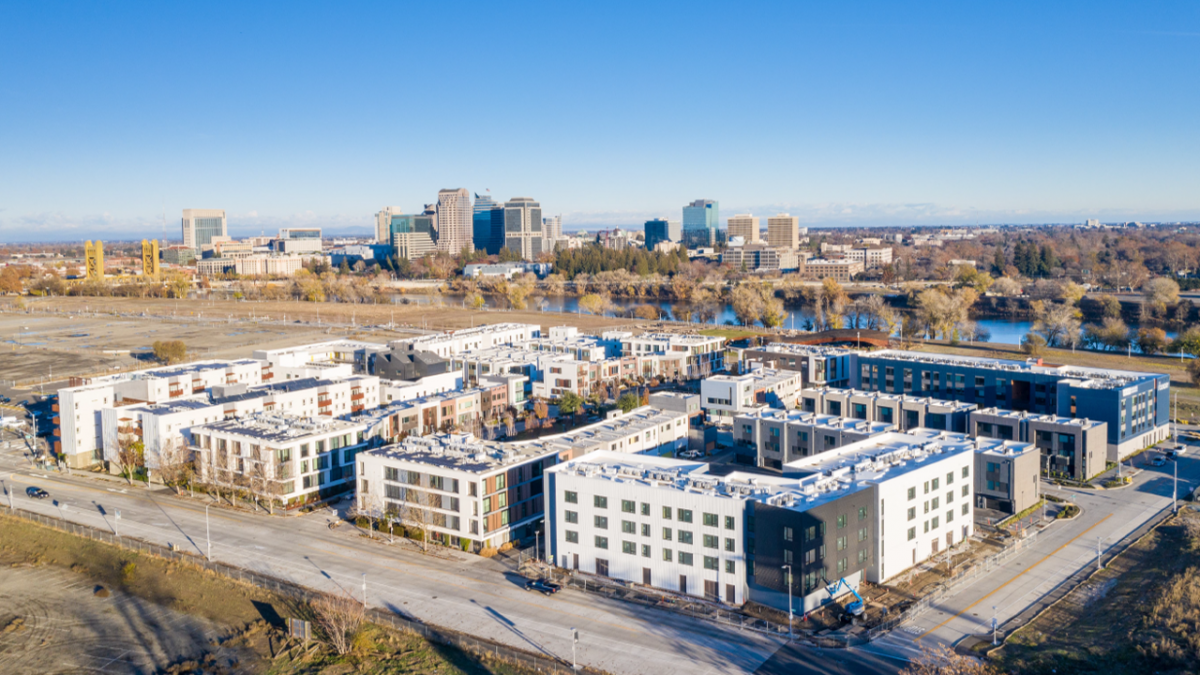 With West Sacramento situated just across the river from the state’s Capitol and downtown Sacramento, the city’s location plays a big role in attracting new businesses to the area.

Drake’s The Barn joined the Bridge District in 2018. The popular restaurant, bar, and beer garden serves as a community gathering spot, attracting large events and entertainment to the area.

The developing neighborhood caught the attention of other new businesses looking to join the community.

Clay Nutting, the owner of Michelin-star restaurant Canon, saw the Bridge District as an ideal location and opened Franquette in February 2022. The new French-inspired, all-day cafe and wine bar is located just across the street from The Barn.

“You have this great mix of work and play that makes a city really enjoyable,” said Nutting.

“We saw an opportunity,” said Tu. “We saw huge growth and development in West Sacramento, and we decided about a year ago to make this our home, and now with the business, it has become our home.”

But funding the roughly $70-million Bridge District project required leveraging financing tools, such as those offered in the past by redevelopment agencies.

When the state dissolved redevelopment agencies in 2012, the city needed a new financing tool.

“We honed in on what was a little-known tool called Infrastructure Financing Districts, but it had many imperfections,” said Laurel. “There were lots of things that redevelopment could do that IFD’s couldn’t, so we spent a lot of time working with Cal Cities, the California Association for Local Economic Development, and other cities that are stakeholders to reshape that tool to what’s now called Enhanced Infrastructure Financing Districts.”

West Sacramento was the first city to implement an Enhanced Infrastructure Financing District (EIFD) in 2017.

“Today that funding source is reliable and has allowed us to keep pace with the need out there to put in the new infrastructure to support the new housing development,” said Laurel.

Creating the right mix between housing and retail is all part of West Sacramento’s Bridge District development plan.

“What we’re trying to do is create opportunities for mixed-use development, so you have smaller retailers able to move in,” said Laurel. “And those are going to be supported by the whole city in a larger area, larger market area than just West Sacramento.”

New businesses such as Franquette are part of the city’s mixed-use development strategy of combining where people live, work, and play. 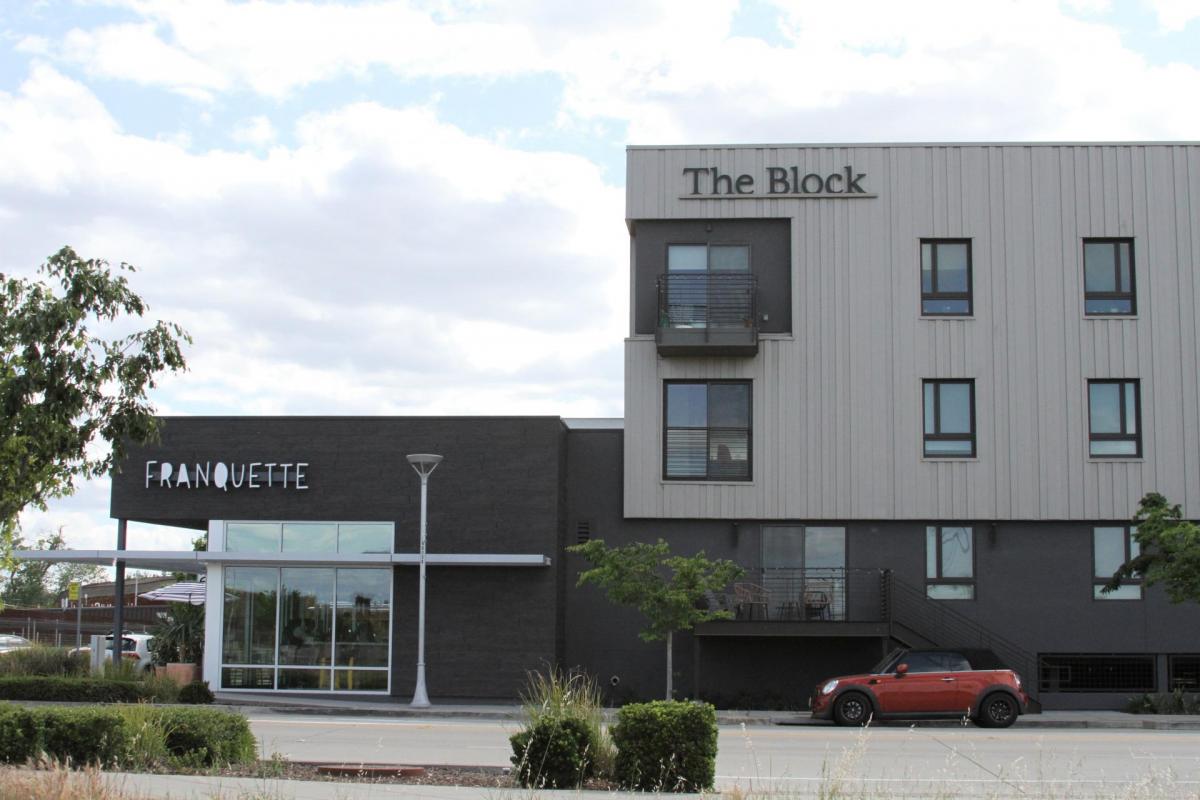 “Some of our residents are the people that are opening those businesses and creating opportunities for themselves but also jobs for others in the community,” said Laurel. “And so that’s absolutely part of the strategy is creating not just one type of employment sector in West Sacramento but a diverse employment sector.”

Vana Tu not only established her business in West Sacramento — she made it her home.

“The city has been amazing,” said Tu. “Not only the city, the neighborhood, the community, everybody’s been very supportive. And to be honest, this is another reason why I decided to do business in West Sac.”

The city’s efforts to transform the community into a thriving place to live, work, and play have not gone unnoticed by residents. 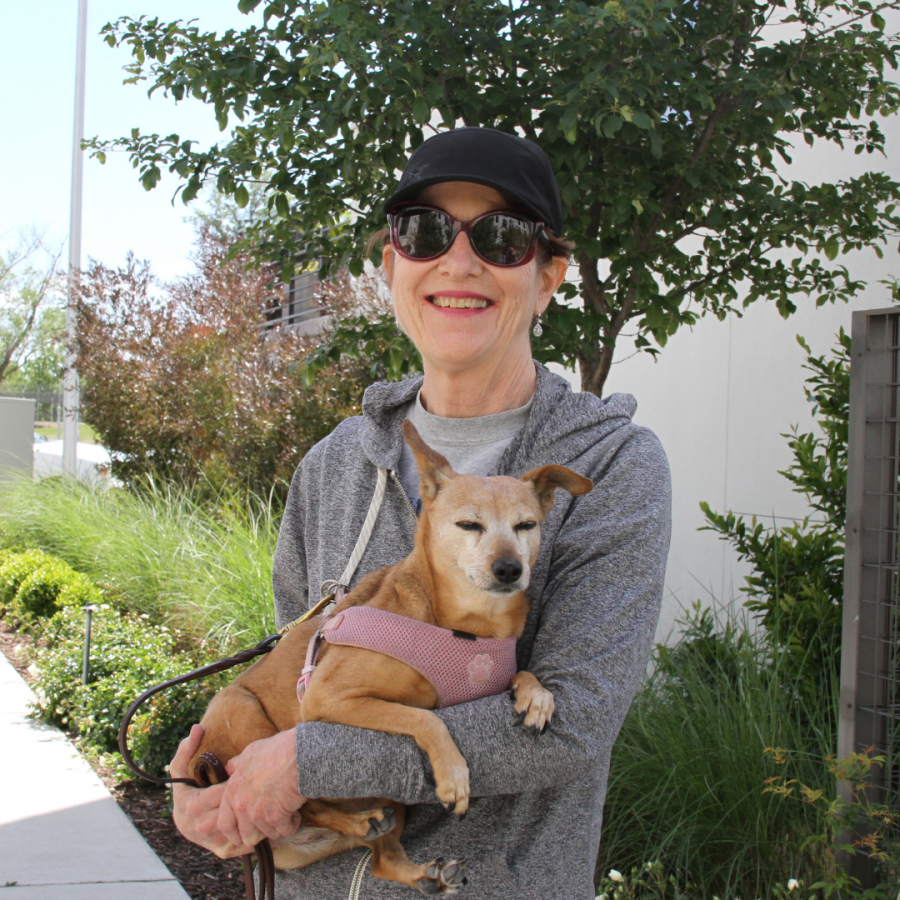 Lee Ann Lambirth, a resident in the Bridge District since January 2018, enjoys how easy it is to get from place to place.

“The people are very friendly and it’s also a very accessible neighborhood where you can walk to places.” Said Lambirth.

Long-term West Sacramento residents like Michael Reimer also appreciate the quality of life improvements brought about by the city’s development of the district.

“I could actually take my family to the river. Take my dogs and let them run around,” said Reimer.

The city is confident this already thriving community will only get better for residents.

“We know that in the future as we look at expanding along the riverfront that the area is going to be a great market for our future retailers and any other operation that would like to establish themselves,” said West Sacramento Mayor Martha Guerrero.

For cities looking to take on a large-scale infill development project like this, Laurel recommends cities have a clear vision, strong partnerships, and an understanding of infrastructure challenges and economics.

Laurel also encourages cities to take stock of all the tools at their disposal, including Enhanced Infrastructure Financing Districts.

“We need to work on these new tools and make them better and utilize them all over the state, so that will build the momentum and get the attention of the Legislature and others to want to help and make it even better for our local communities,” said Laurel. 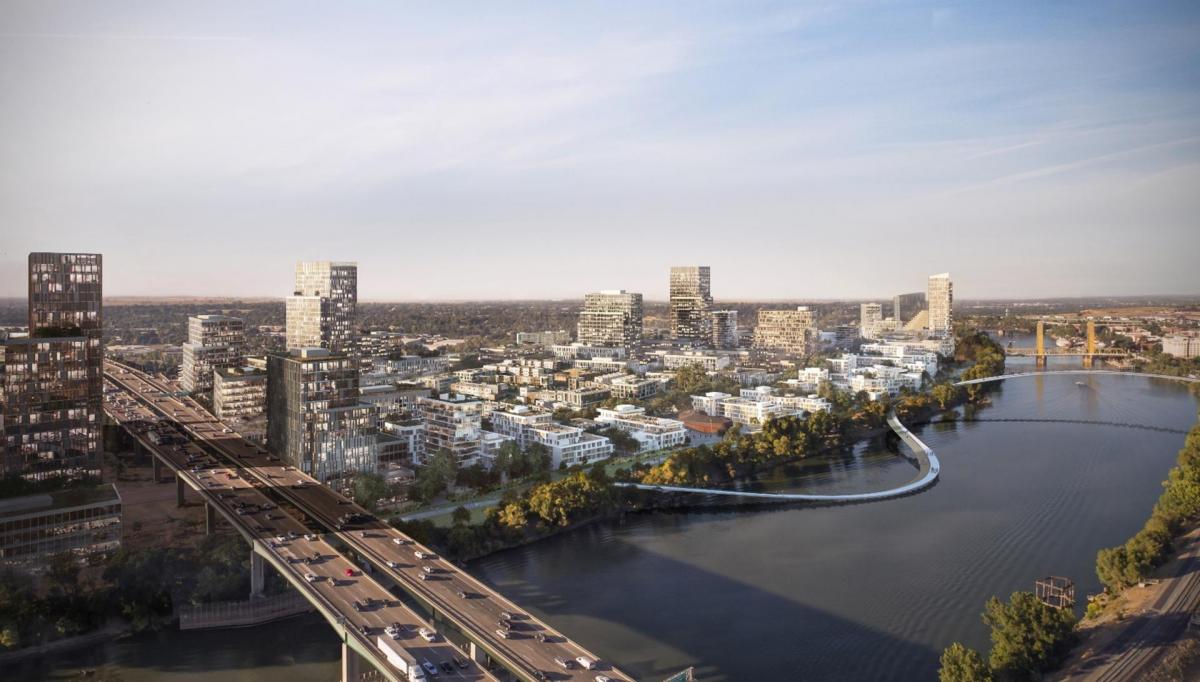 Beginning of a bigger vision

While it’s been a decades-long journey for West Sacramento to get to where it is today, the city is only at the beginning stages of its greater vision.

Passing by, you’ll see active construction projects underway, including a five-story, mixed-use apartment building with more than 250 units at the foot of Tower Bridge. The WEST apartments will be the first housing structure to be located on the Sacramento River. 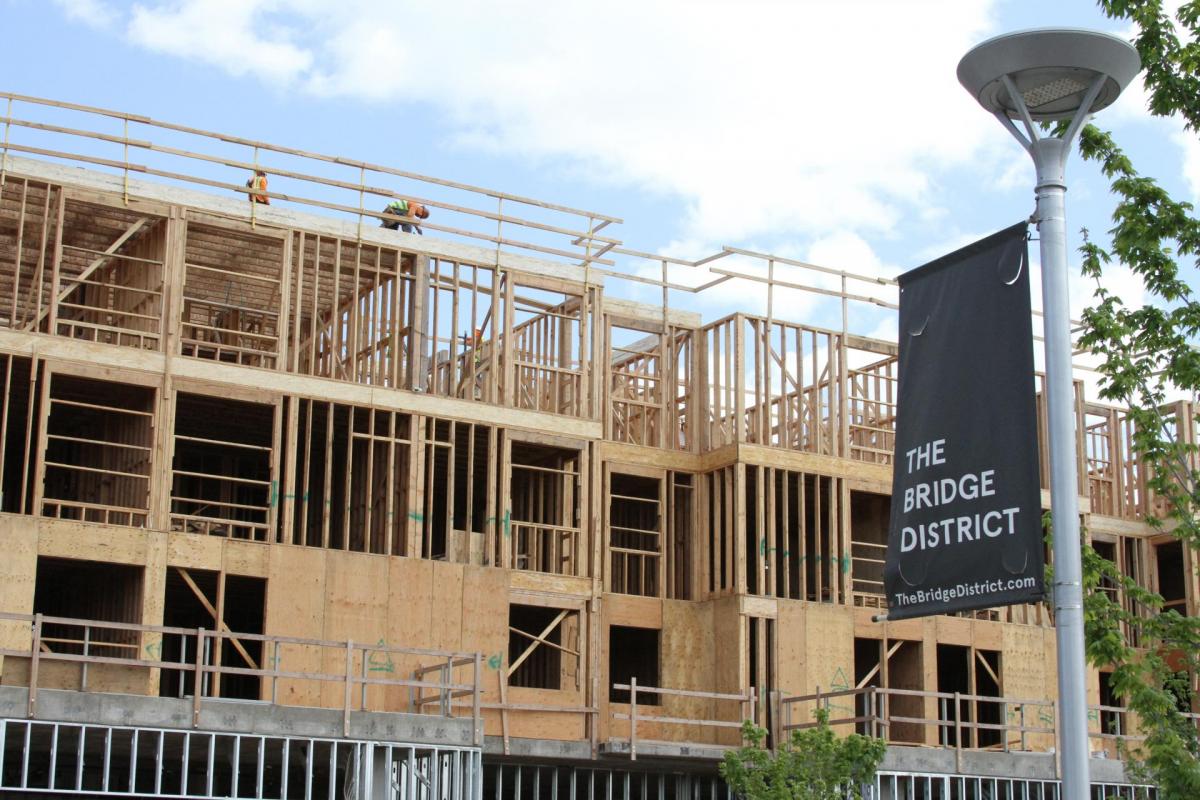 Just down the street at West Gateway Place, a 60-unit second phase of affordable housing is in the works. West Sacramento was recently awarded $22 million from the California Housing Accelerator program to help spur the project.

This year, the city plans to break ground on a seven-story hotel and condo tower, also on the other side of Tower Bridge next to the Ziggurat, the iconic pyramid office tower. The hotel project, River One, will be built by Fulcrum Property, one of the city’s biggest developer partners. Having completed several notable projects in the Bridge District, including The Barn and several apartment buildings, Fulcrum Property has been actively involved in delivering the city’s vision for the riverfront.

The city has added more than 1,000 housing units to the riverfront area, with approximately 525 more units in the development pipeline.

West Sacramento is proud of what the city has accomplished so far and is excited for what is to come.

“It has been a labor of love,” said Guerrero. “To be able to see how we can harness our natural resources, our beautiful riverfront, and bring that to the people so that they can live and recreate. It has been such a wonderful experience.”

Laurel adds, “It’s very gratifying to see, even though we’re still right at the beginning of the full build-out of the plan. To see it starting to take shape, where it becomes almost irreversible where the market starts to take over, is extremely gratifying for us.” 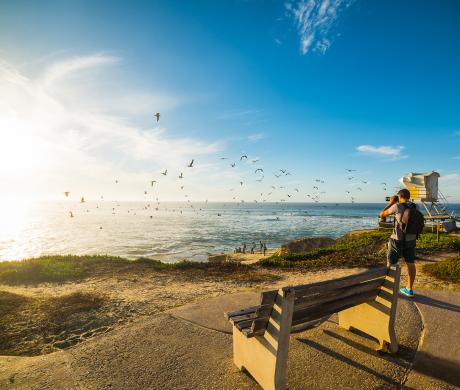 Article May 1, 2022 Features By Caroline Beteta

Tourism is spurring the recovery of lost jobs and revenue in many cities, particularly rural ones. However, those gains have not been felt equally, especially in large, urban communities. It is crucial that cities and other tourism stakeholders, regardless of their recovery level, have plans in place to help them navigate future uncertainties. 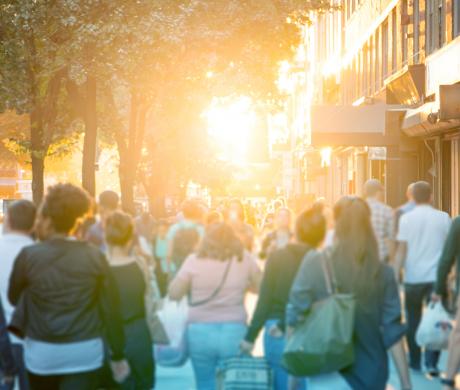 There’s no denying that global events, many spurred by the pandemic, have had a significant impact on California cities over the past couple of years. As city leaders focus on retooling their local economies for today’s new market realities, the need for robust, effective economic development tools is readily apparent.