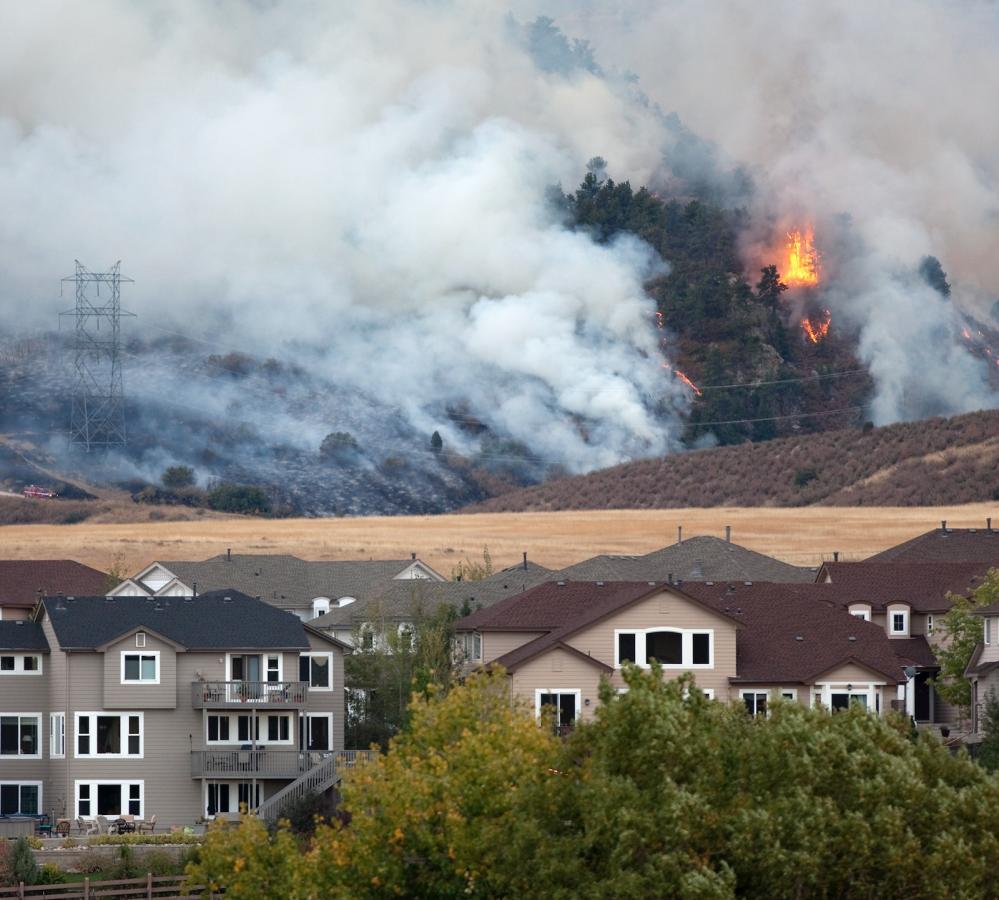 Karalee Browne is sustainability program manager for the Institute for Local Government and can be reached at kbrowne@ca-ilg.org or (916) 658-8274.

The consistent challenges posed by climate change are increasing the need for local leaders and emergency management professionals to update their city’s policies and procedures related to public safety. Many cities statewide are finding that their current plans do not account for changing demographics, new technologies or the dramatic toll that public safety and disaster recovery expenditures can have on local government budgets. In the midst of yet another extraordinarily destructive fire season, discussions continue about responsibility, reliability and how California will respond to the threats of a year-round wildfire season that some are calling “the new normal.”

A Call for Action

Almost a year after the Tubbs Fire devastated Napa Valley communities, officials are still debating what more could have been done to warn residents sooner before fires engulfed the region, ultimately killing 44 people and destroying more than 10,000 homes. These fires highlighted the inadequacies of the state, regional and local emergency notification systems that officials used and have prompted a push for new safety protocols.

In response to the 2017 fires, Gov. Jerry Brown announced his decision to opt in and approve a California build-out of the National First Responder Network Authority (FirstNet), a wireless broadband network specifically for the public safety community. Supporters say FirstNet will transform the way California’s fire, police, emergency medical services and other public safety personnel communicate by providing first responders with a dedicated network during natural disasters and other emergency events. “When an emergency hits, communication is one of the most important tools public safety personnel have,” says Donald Boland, ex-officio director of the California Utilities Emergency Association. “Building out the First Responder Network in California will enhance the coverage across our diverse landscape and dramatically upgrade the state’s ability to handle large-scale disasters.”

However, this will take time, and telecommunication issues are still in play; for example, when battling the Mendocino Complex Fire in July 2018, Santa Clara County experienced slowed internet service at a crucial command center. The county had apparently reached its monthly data capacity under its plan, which prompted Verizon to reduce its data flow to approximately 1/200 of its typical speed, a practice known as “throttling.” The slowdown created problems as firefighters battled the largest wildfire in California’s history to date. Verizon eventually lifted the slowdown, but fire officials say it was only after the county agreed to subscribe to a more expensive plan.

Communication between emergency responders is an ongoing issue, and questions remain about how best to communicate with other community members during emergency situations. Many local governments rely on cell-based solutions, like cell-phone calls or text messages, to communicate evacuation warnings; however, such systems not only require residents to register but the infrastructure needed is often threatened by the very fires that officials are trying to warn residents about. Many cities are now considering using a wide range of systems including civil defense sirens, cell messages, television, radio and social media alerts at a variety of levels. 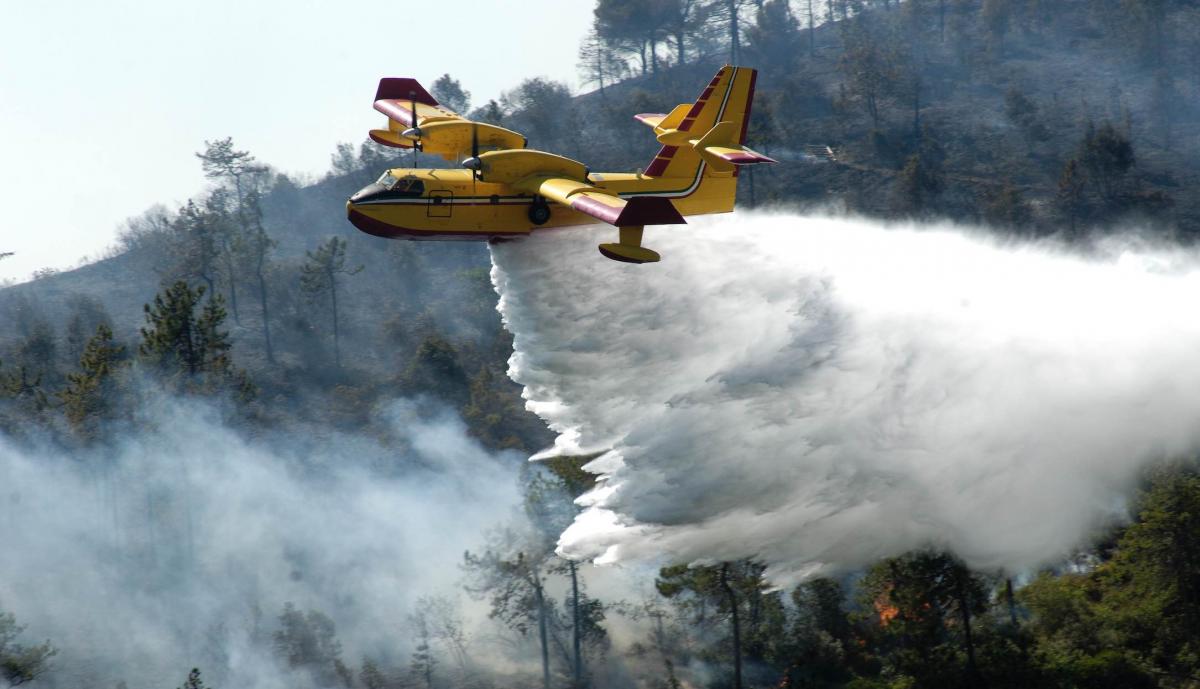 While many still debate whether local, state or federal systems are the best for communication, most people agree that responding to fires effectively will require communities and agencies to work together. Supported by the League, California Special Districts Association and others, local and state fire agencies formed Disaster Readiness for Safer Communities (D-RiSC). The group asked the Legislature to commit $100 million to help firefighters be more proactive in deploying resources to contain the spread of wildfires when risks are high. The governor and the Legislature ultimately allocated $50 million in the state budget. Firefighters say that the increased funding will allow them to upgrade communications and equipment and deploy mutual aid resources more proactively and more effectively. “We are constantly working to make sure we don’t get five years down the road just to look like we did in 2007,” says Santa Rosa Mayor Chris Coursey. “We have to keep moving forward and keep getting better.”

Santa Rosa and other cities in the region are now working with Sonoma County’s Emergency Management Department to create a Countywide Recovery and Resiliency Plan. The agencies have spent the past few months hosting public workshops to gather residents’ input on a roadmap aimed at making the region stronger and more resilient. “Working with the county was always a relationship that we wanted, and now it is necessary — and we have something concrete to work on,” says Mayor Coursey. The plan aims to address long- and short-term efforts in five critical areas:

Communities are also focusing efforts on building energy resilience. The City of Fremont has installed microgrid energy projects at three of its fire stations. The demonstration projects pair solar photovoltaic (PV) carports with large battery systems to allow the facilities to generate and store their own energy. These fire stations act like mini power plants and can operate without power from the grid.

“We know we must engage our entire community to prepare ourselves in case of an emergency,” says Fremont Mayor Lily Mei. “We must experiment with new technologies to address the ever-growing challenges that face our city.” The microgrid project is a public-private partnership of the City of Fremont, the California Energy Commission (CEC) and a Fremont-based clean technology firm. The demonstration project’s goal is to show how microgrid energy systems can provide added resilience to critical public facilities by operating separately (known as “islanding”) from the grid in the case of an emergency.

Fremont is not the only city piloting microgrid technology. Similar demonstration projects are also underway in Santa Monica, Oakland and Berkeley. The microgrid project is just one of many that the City of Berkeley has implemented as part of its Resilience Strategy. Funded by the Rockefeller Foundation in 2016, the city’s strategy emphasizes building community resilience by building stronger connections among neighbors, institutions and various levels of government. These connections provide critical support and lifelines in the event of a disaster, like the 1991 Tunnel Fire that destroyed neighborhoods in Berkeley, and can also support multi-stakeholder problem-solving even under normal circumstances. “We engaged more than 1,100 of our community members during the process of creating our plan,” says Timothy Burroughs, Berkeley’s chief resilience officer. “The infrastructure of these relationships is just as important as the physical infrastructure we create in our city to defend against natural disasters.”

The city has designated seven community centers as care sites in the event of a disaster. These facilities, depending on the scale and nature of the event, could provide overnight shelter, food distribution and other services to residents in need. The facilities are scattered throughout the city and can deliver essential services on a daily basis to thousands of Berkeley residents, including seniors and youth, who regularly use these facilities for hot meals, recreation, classes and socializing.

Urban resilience is about making cities stronger, in both good times and bad, for the benefit of all residents. Working to increase urban resilience in the face of a year-round fire season
will require a new level of coordination and cooperation and a comprehensive look at public safety procedures that address multiple benefits. Making wildfire resilience a priority helps cities ensure their communities are safe and prosperous for generations to come. For additional information on how you can create a more resilient community, visit the Institute for Local Government’s Climate Adaptation and Resilience Resource Center at www.ca-ilg.org/climateresilience.

In August 2018, the Institute for Local Government hosted a workshop in partnership with the International Coach Federation at the Climate Adaptation Forum. Local government officials, including Yountville Mayor and League Second Vice President John Dunbar, engaged in facilitated dialogue with utility providers, community stakeholders and state leaders about how to enhance energy system resilience in the wake of wildfires and other climate-related disasters. For more information, visit www.ca-ilg.org/climateresilience.

Photo Credit: Fabphoto (Airplane); Courtesy of the City of Fremont. 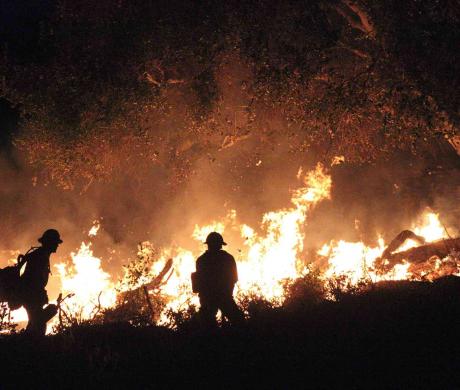 Lessons from one of the worst fire years in California history. 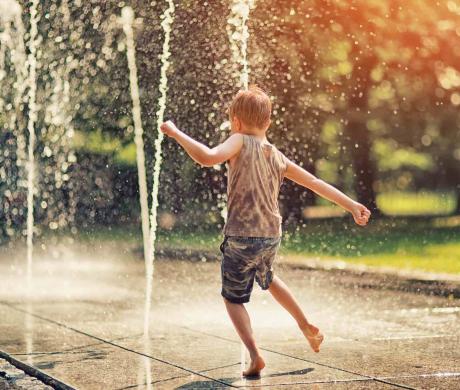 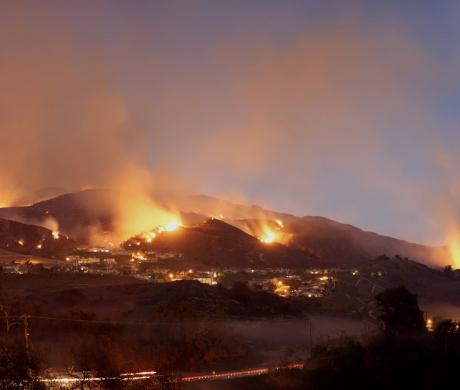 Article March 1, 2018 News from the Institute for the Local Government Steve Sanders

Over 2 million households in California are at high or extreme risk from wildfires, and cities statewide will have to step up their efforts in hazard mitigation, emergency planning and resilience.