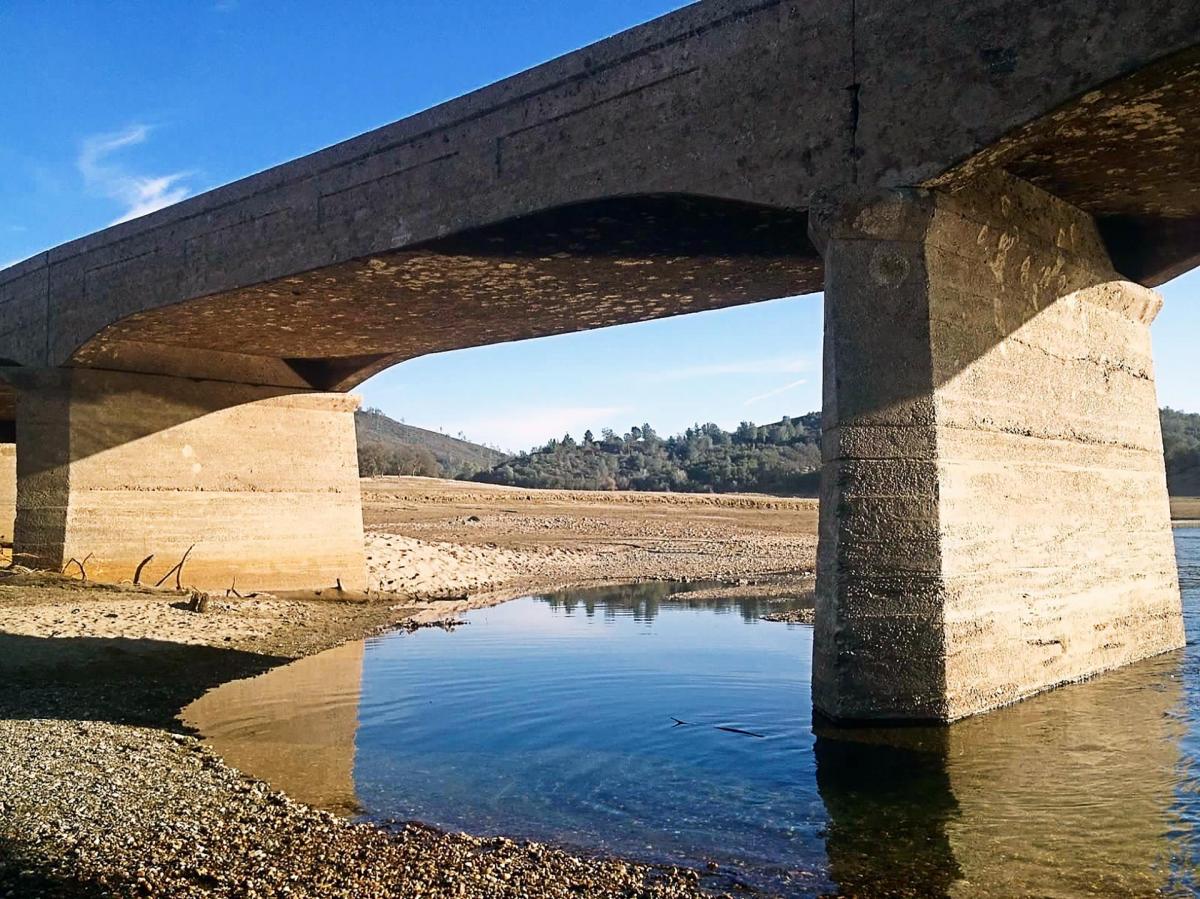 Sean Bigley is the assistant director of water for the city of Roseville; he can be reached at sbigley@roseville.ca.us.

By now, it is clear that California is experiencing yet another severe drought. In the Sacramento region, Folsom Lake — the city of Roseville’s primary water supply source — has dropped to levels not seen since 1977.

The city of Roseville responded almost immediately, thanks to its innovative approach to water supply planning called Integrated Regional Water Management (IRWM) and its partnership with the California Department of Water Resources (DWR).

IRWM is a holistic approach to managing water that considers water supply, wastewater, and stormwater systems. IRWM views the water cycle as a single connected system and promotes coordinated development and management of water, land, and related resources to maximize the economic and social benefits while minimizing environmental impacts. This approach is more common now, but once represented a paradigm shift in how water was managed. 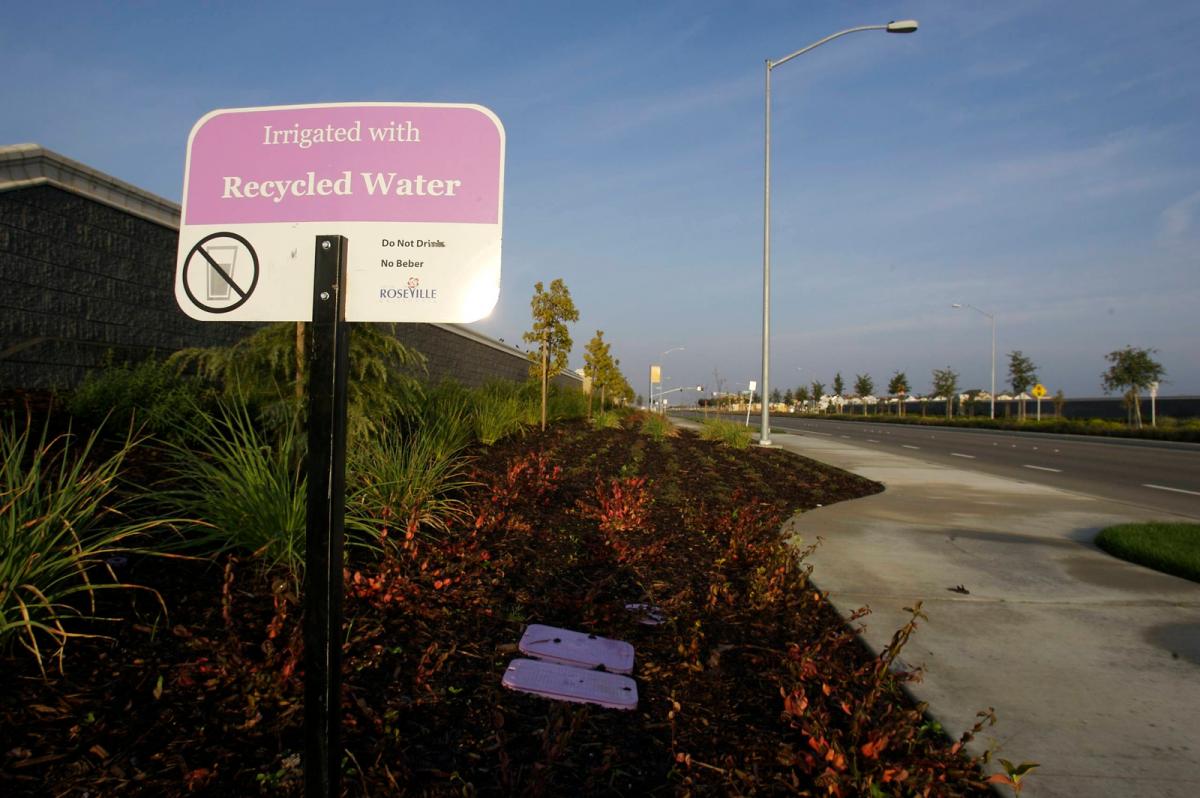 “IRWM has been a successful partnership between the state and local communities to build capacity for a more sustainable, climate-resilient future. Thanks to this voluntary, incentive-based program, nearly 50 comprehensive watershed-scale plans have been created covering most of the state… it is imperative that we continue to invest in and build upon these locally-driven integrated regional collaboratives,” said Kristopher Tjernell, Deputy Director, California Department of Water Resources.

When the state began promoting the IRWM concept two decades ago, the Greater Sacramento region was well-positioned to leverage its benefits. It had already started to incorporate its principles through the historic Water Forum Agreement. Signed in 2000, the Agreement’s co-equal objectives are to provide a reliable and safe water supply for the region’s economic health and planned development through 2030 and preserve the fishery, wildlife, recreational, and aesthetic values of the lower American River. To help implement the Agreement, the region’s water suppliers formed the Regional Water Authority, which embraced IRWM in a regional plan focusing on integrated resources management to improve water supply reliability.

Over the next two decades, the DWR became an important partner and investor in the Sacramento region’s resiliency, particularly during dry years, by awarding more than $80 million in grant funding. The city of Roseville alone received more than $13 million to help diversify its water supply portfolio and decrease potable water demand — both of which are providing critical dividends and reliability this year.

At the turn of the century, Roseville relied almost exclusively on surface water from Folsom Lake for its supply. Although Roseville’s surface water supplies were historically secure, previous droughts and new studies exposing the projected impacts of climate change made it clear that diversification was critical to achieving long-term reliability. One component of Roseville’s strategy is to reduce reliance on surface water in dry years by bolstering its groundwater program using Aquifer Storage and Recovery (ASR) technology.

ASR is the injection and storage of excess water in an underground aquifer through specially designed groundwater wells and the extraction of water from the same well when needed. ASR makes it possible for Roseville’s underground aquifer to act much like a surface water reservoir, which is advantageous when above-ground storage facilities like a reservoir are infeasible. 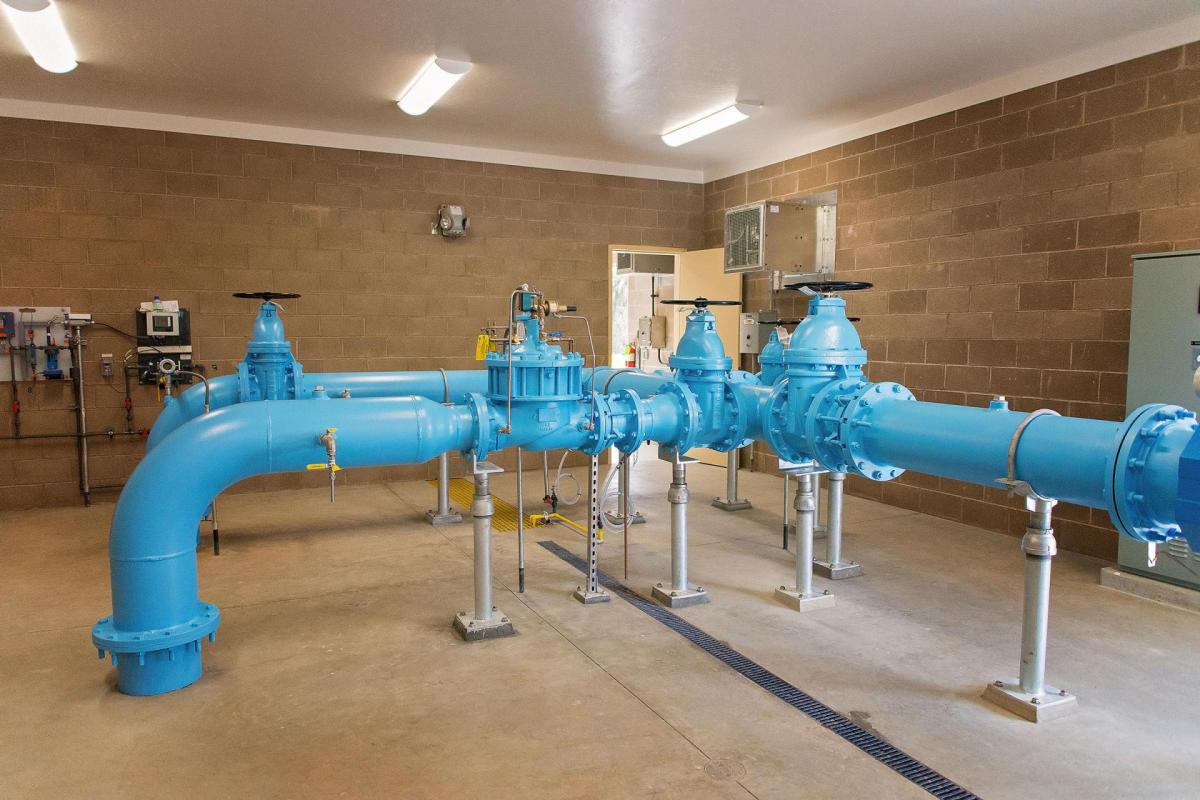 In 2019 and 2020, when surface water supplies were plentiful, Roseville replenished the groundwater basin by storing more than 600 million gallons of surface water — the equivalent of filling 900 Olympic-sized pools. This year, Roseville plans to extract upwards of 1.2 billion gallons to support the water demands for approximately 53,000 households.

The city plans to double its number of ASR wells to 12 over the next five years. Doing so will increase the groundwater basin’s replenishment in wet years, increase groundwater availability for dry years, and provide operational flexibility based on water supply conditions.

Reducing demand is another critical element to building water supply reliability. Water efficiency is a California way of life, and Roseville partners with residents and businesses to maximize water efficiency through retrofitting older fixtures with high-efficiency models, water-efficient landscapes (through incentives and state-mandated policies), and behavior change campaigns. During the historic drought in 2014, Roseville customers reduced water use by more than 36% and adopted water-saving habits that continue to provide savings. 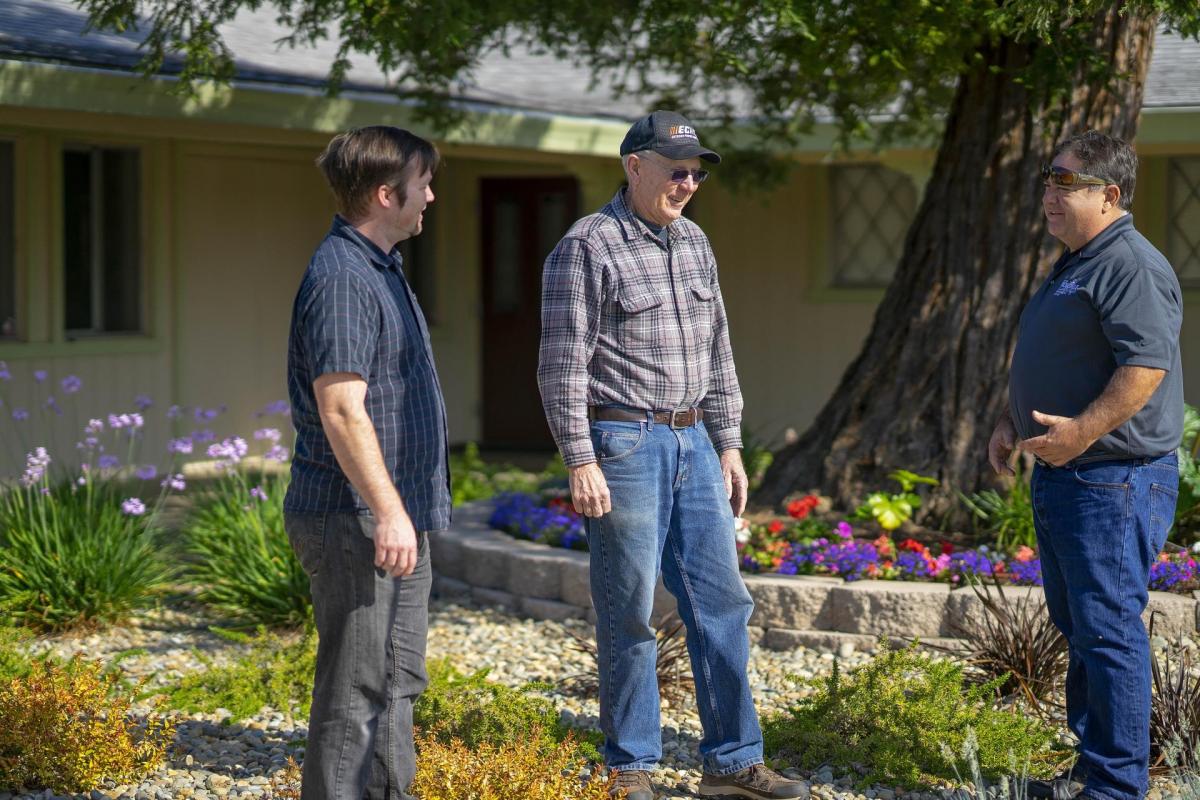 In addition to a comprehensive water efficiency program, Roseville has also invested in recycled water to decrease potable (drinking) water demand. Recycled water is highly-treated wastewater that has been filtered and disinfected. Roseville was an early adopter of this technology, and for nearly 30 years, has been using this sustainable resource for irrigation and industrial uses.

Today, Roseville delivers more than one billion gallons of recycled water annually to more than 100 sites. Recycled water is carried across Roseville through a network of purple pipes and used to water golf courses, parks, and school athletic fields, as well as in the cooling process at Roseville Energy Park. The use of recycled water doesn’t just stretch drinking water resources, it’s also a drought-proof measure towards increasing water reliability.

Over the past two decades, an IRWM planning approach and DWR support have provided an important guide and means for Roseville to become resilient to face the expanding drought in California. As we consider future impacts of climate change — which will bring more frequent and intense droughts — we look forward to continued collaboration with our regional and state partners, knowing that there will be much more to accomplish together. 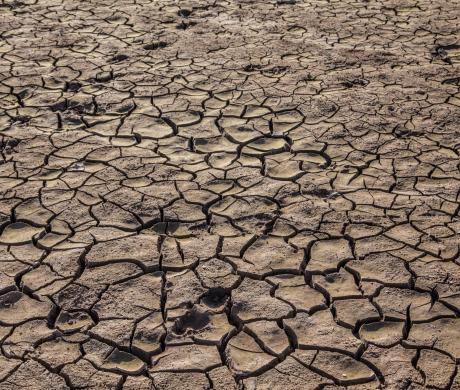 The immediate and secondary impacts of climate change can be felt deeply in our communities, but we as city leaders have a responsibility to our residents and future generations to mitigate these impacts as much as possible. Cities are leading the way in finding innovative strategies to protect their communities from climate change and cultivate healthy and sustainable communities. 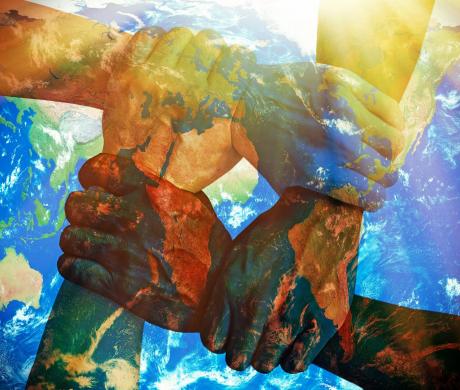 Article July 1, 2021 News from the Institute for the Local Government by Karalee Browne

Make equity and sustainability decisions with communities, instead of for communities

The stakes are high as cities engage in major planning efforts and adopt new budgets to ensure that they have the planning, infrastructure, and resources to adapt to this new normal. But how do we ensure that the new plans and policies we create will actually make our communities more equitable, environmentally resilient, and economically vibrant? The Institute for Local Government (ILG) offers five strategies for cities, based on recent research, as well as the technical assistance, and capacity-building support. 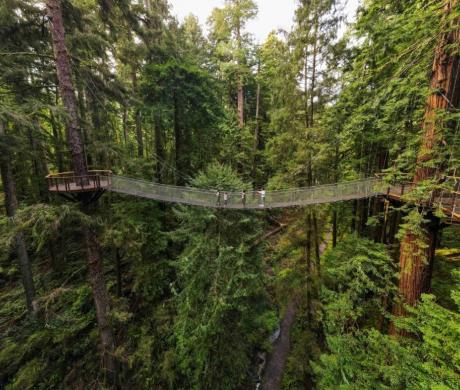 A bird’s eye view: Eureka’s Redwood Sky Walk takes conservation and education to the next level

It’s hard not to get immersed in the surreal experience of northern California’s latest attraction: Eureka’s Redwood Sky Walk. Incredibly, the city didn’t invest a dime in the $4 million project. While redwood education and conservation are at the heart of the initiative, the potential economic benefits for the area were a huge factor behind community support and funding. 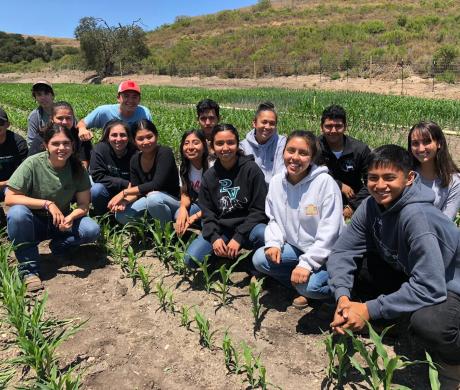 When the opportunity arose to create a model program with students and local businesses, the city of Santa Maria stepped up. The city partnered with a local ag-related businesses to create a successful hands-on educational program, from work of planting pumpkins, and networking with community members, to creating fun events. 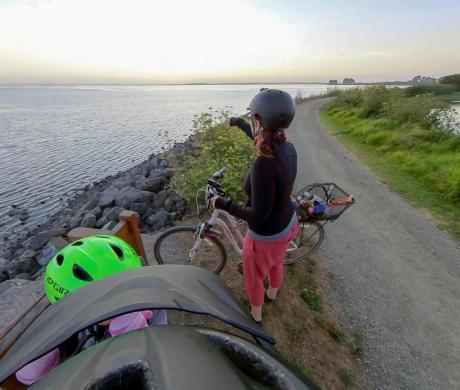 Just 34 years ago, Arcata’s pioneering wetland wastewater treatment facility was the talk of the town, winning multiple awards for its integration of oxidation ponds and fresh water marshes to do the dirty work of cleaning the city’s wastewater through a mostly natural process involving bacteria, plants, and sunlight. But the once groundbreaking equipment is breaking down, and the city has developed a two-phase project to not only replace 50-year-old parts, but develop new strategies to face new challenges.