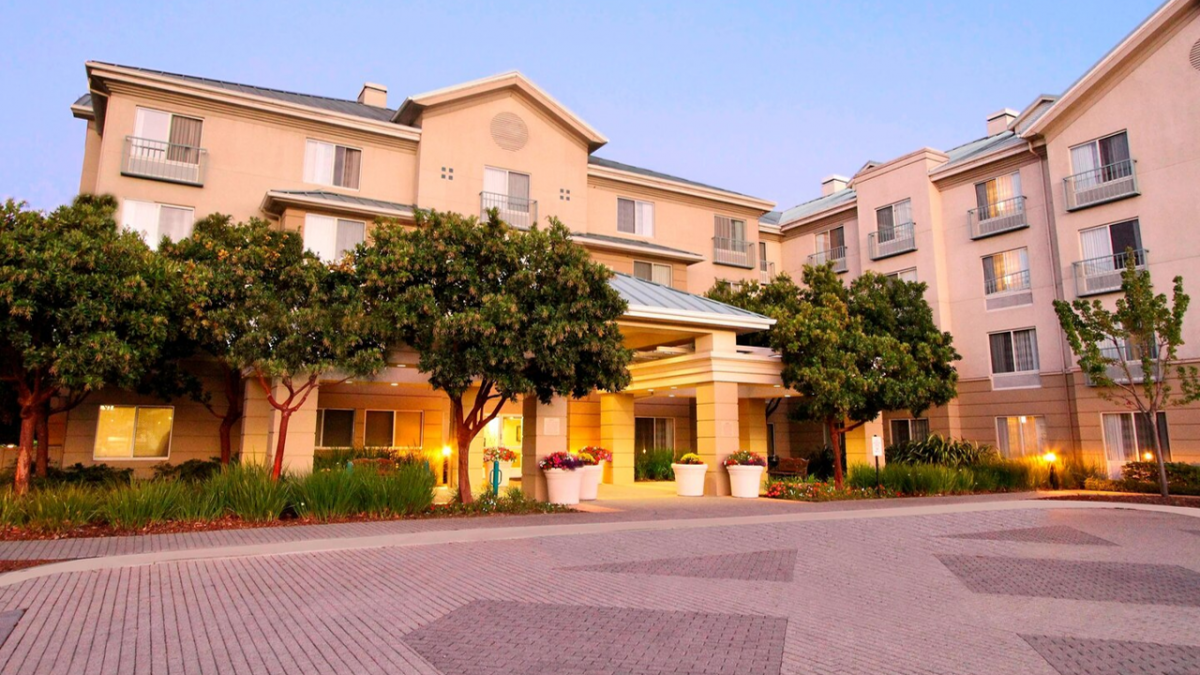 Helene Schneider is the senior regional advisor covering California for the U.S. Interagency Council on Homelessness, a former mayor of Santa Barbara, and a former League of California Cities board member. She can be reached at helene.schneider@usich.gov.

Municipal decision-makers are often caught between demands for swift action to solve or hide homelessness in their communities and the reality that sustainable solutions take time, investment, and political will to bring to scale. Whether a city is coastal or inland, urban or rural, large or small, we at the U.S. Interagency Council on Homelessness know we can end homelessness in California.

However, this is an undertaking that requires a lot of creativity and commitment. Especially in California, the cost of land is very high and planning and permitting new housing projects is a complex, sometimes politically volatile process. Housing developers and local governments often must wade through a myriad of local, state, and federal funding sources to quilt together a sustainable financing package.

Nonetheless, it is a challenge worth taking. A safe, affordable home is the first step toward a healthy and productive life. Healthy cities require that all of their residents have a secure place to rest their heads each night.

We also know that the COVID-19 pandemic has exacerbated this urgent crisis in communities nationwide. In California, 70% of people experiencing homelessness are living in encampments, cars, or other unsheltered places not fit for human habitation, according to the 2020 Point-In-Time Count. (Complete data from the 2022 Point-In-Time Count is not yet available.) 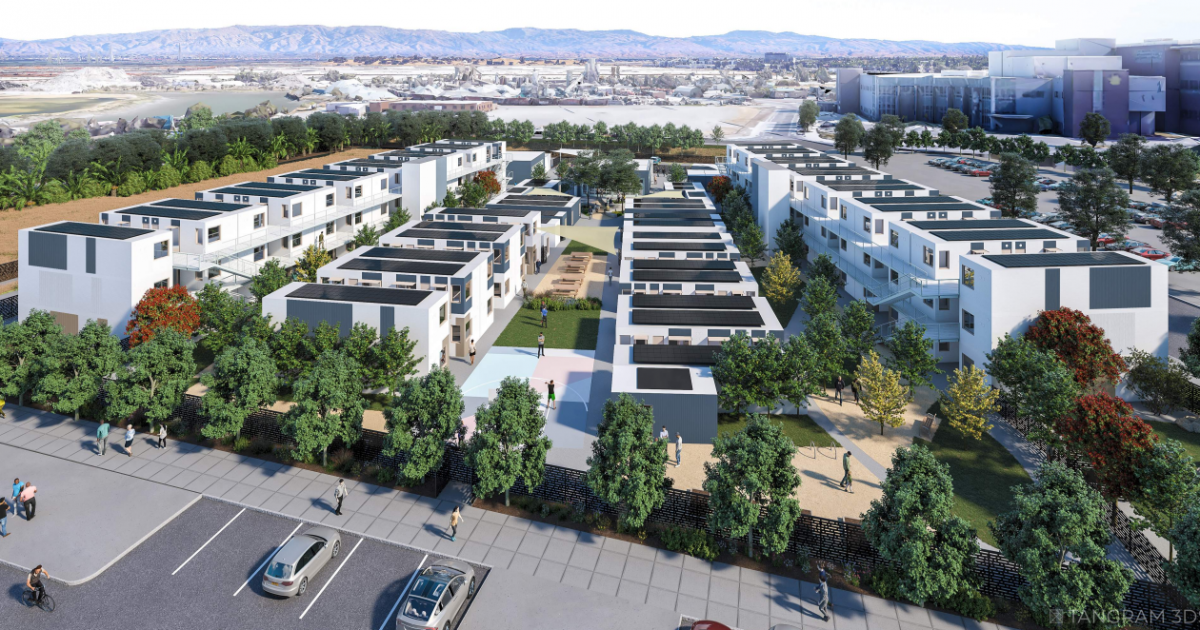 Fortunately, and in large part thanks to the recent influx of new federal and state funding, city leaders are making bold moves and engaging in creative solutions that are saving lives and creating stronger communities.

Berkeley, Placentia, and San Mateo County are each reducing homelessness using a secret sauce made up of familiar ingredients: robust public engagement, new and lasting partnerships, multiple funding streams that leverage one another, and a table set for positive outcomes.

In the San Francisco Bay, the city of Berkeley is engaging in a town-and-gown conversation like no other in its history. Through a partnership with the University of California, Berkeley, the city is transforming People’s Park — the infamous site of free speech demonstrations decades ago and more recently the site of the city’s largest homeless encampment — into a community that honors the park’s legacy. Once complete, the project will create approximately 125 units of permanent supportive housing, below-market apartments for more than 1,100 students, and 1.7 acres of green community park space.

“It has been an honor to work with Mayor Arreguín and City Manager Williams-Ridley in building this unprecedented alliance between the campus, the city, and community partners, in support of a new People’s Park, and in support of unhoused members of our community,” UC Berkeley Chancellor Carol Christ said. 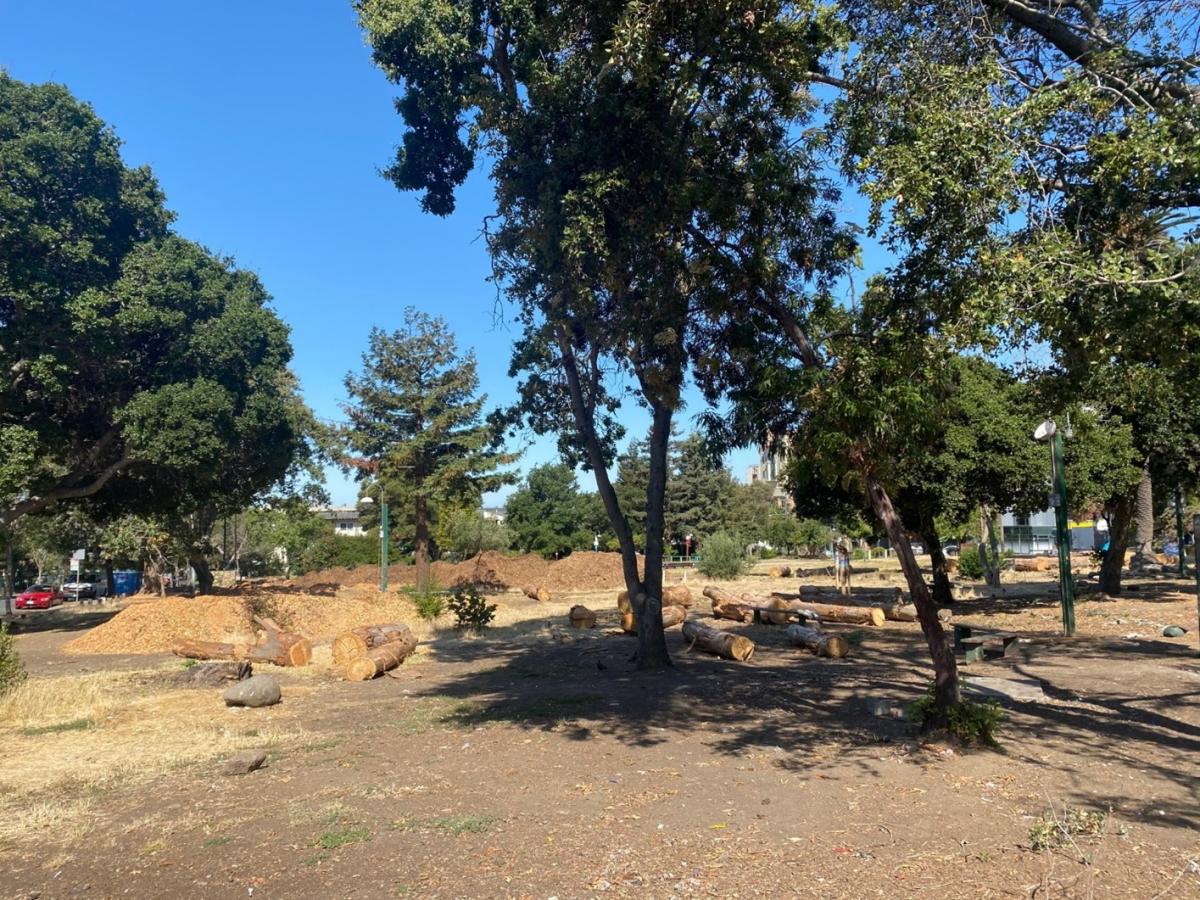 The efforts to get to this point represent the best practices in encampment resolution. In 2017, the university hired a full-time outreach coordinator who developed a deep, intimate knowledge of the park and the people living in it. More recently, a $4.7 million State Encampment Resolution Fund Grant, combined with $2 million of university-matched funds, enabled the city to operate a 43-room hotel for 18 months as low-barrier, service-rich, non-congregate interim housing.

Using this grant, the city prioritized coordinated entry referrals — a streamlined, area-specific intake and assistance process — and resources to those living in the park. The city’s Homeless Response Team and UC Berkeley’s outreach coordinator also conducted a census of people living in the park, prioritized a variety of resources, developed a rapport with encampment residents, and offered everyone at least one shelter or permanent housing option.

Simultaneously, stemming from recommendations from park residents, the city and university co-financed a nearby drop-in center where people can use the restroom, wash up, get a snack, store valuables, take a shower, and meet with counselors and service providers. Locating this center outside the park helped unhoused residents imagine themselves living outside the encampment setting.

This comprehensive effort resulted in a significant and visible reduction in the encampment prior to the park’s closure, and notably without the use of enforcement.

“Across the country, a common solution to homelessness has been to push our unhoused populations from one neighborhood to another. But let’s face it, that’s not a solution at all,” Berkeley Mayor Jesse Arreguín said. “Real solutions to the homeless crisis require us to identify and work with our partners. It requires sizable investments of public money, and above all, it requires us to challenge the status quo and innovate.” 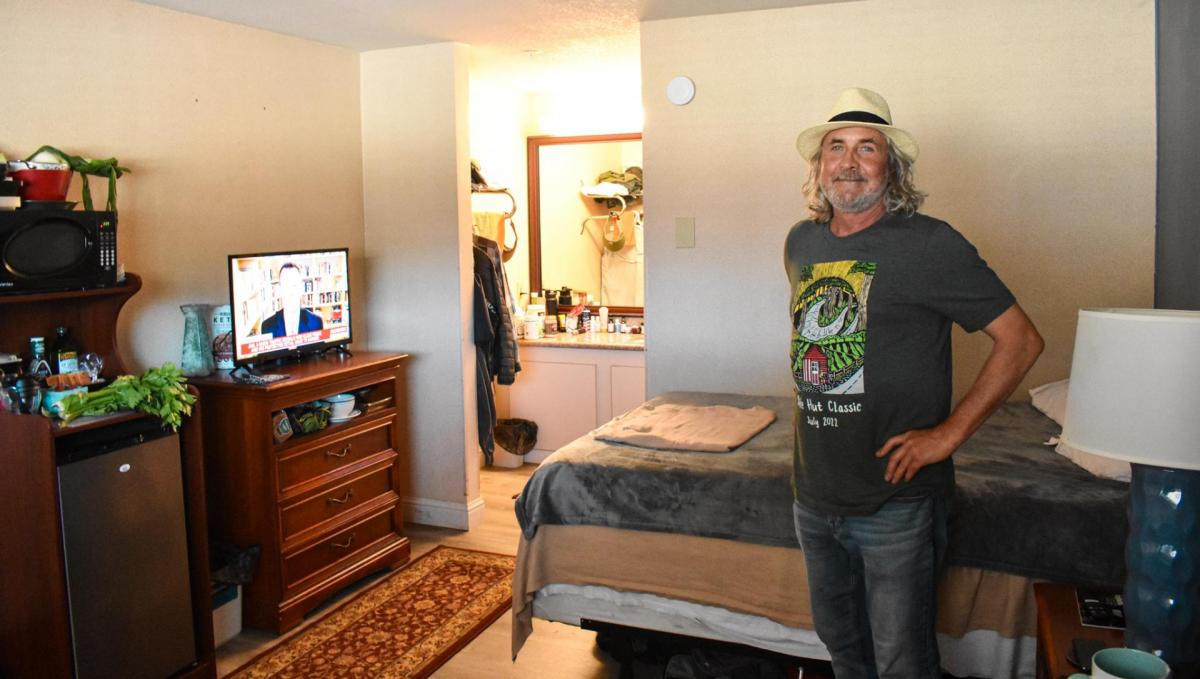 At the other end of the San Francisco Bay, local leaders throughout San Mateo County proclaimed 2022 as “Our Year of Ending Homelessness Together in San Mateo County.” The unified voices from 20 cities, county government, and community leaders created an atmosphere of collaboration that raised awareness among residents.

Through a series of educational convenings for the public, over 200 people learned about the health impacts of homelessness, homeless services, how people can successfully move from the street to housing, and the challenges of developing permanent supportive housing. They heard directly from people who had previously experienced homelessness and about their journey to escape it.

This helped debunk myths and fears about providing new housing opportunities to people experiencing homelessness. By humanizing the process, the community felt more connected to the project, which was ultimately about helping their neighbors. When these decisions appeared on meeting agendas, residents knew what to expect, and how these affordable housing projects would be a valuable addition to their neighborhood.

Additionally, it helped city officials make more informed decisions. Even the most seasoned officials will struggle to determine best practices when providing housing with supportive services without talking with those who are directly affected by them. The process also made it easier for local leaders to secure funding and acquire five hotels through the state’s Homekey project.

In total, this robust public engagement process resulted in more than 300 additional units of interim and permanent housing, the construction of a navigation center using multiple funding sources, and individual living units with support services for 260 people currently experiencing homelessness.

“While we’ve made significant progress this year, more needs to be done,” San Mateo County Executive Mike Callagy said. “We know it will take everyone, working together, to end homelessness in San Mateo County. Achieving functional zero is within our reach.” 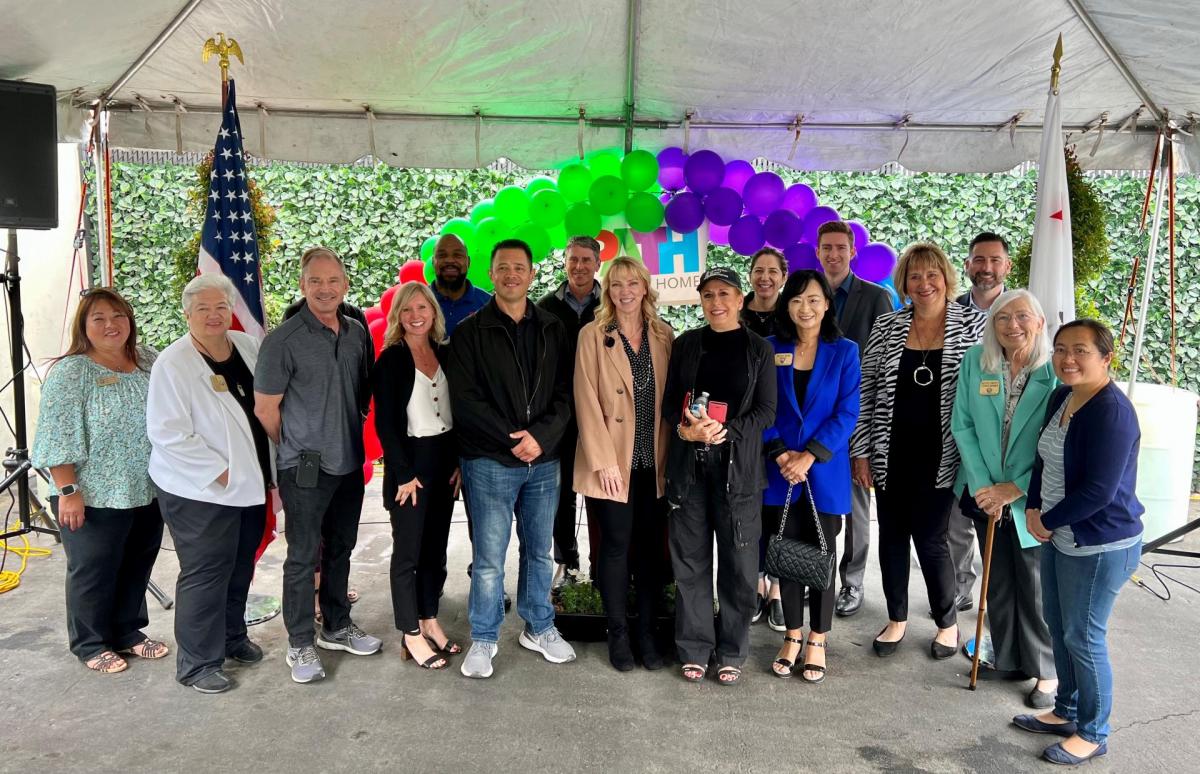 The partnership has resulted in the opening of two navigation centers that provide shelter — 100 beds in Placentia and 150 beds in Buena Park — wraparound services, and a pathway to permanent housing.

A comprehensive memorandum of understanding specified each city’s roles and responsibilities and provided two contribution formulas: one for construction and one for ongoing operations. The cities, now known as the North SPA Homeless Collaborative, understood that each municipality had a fiscal responsibility to ensure the navigation centers’ success, even if they were not physically located in their own city.

“We held many community meetings throughout the process, and I found that most people just wanted their concerns heard and addressed,” Placentia Mayor Rhonda Shader said. “There was a small group of constituents that remained unhappy, but I just asked them to give me a chance to show it could work.

“Now we have several community groups, businesses, and churches that regularly donate and support the center and its efforts. Our council had to have the leadership courage to move forward while listening to concerns and adjusting the plan as needed.”

Results to date have been promising. In its second year of operations, the Placentia Navigation Center connected 54 people to permanent housing. Moreover, in the last three years, the city’s unsheltered homelessness declined by 44%.

At the U.S. Interagency Council on Homelessness, we believe that ending homelessness requires a coordinated effort across jurisdictions, systems, and sectors. This work is hard, and no one should feel alone in it. We know that although each community is different, we can also learn from each other.

Together, we can end homelessness by fixing the systems that have been failing the people and creating a future where no one experiences the trauma of homelessness. Working collaboratively and creatively, creating opportunities for robust engagement, and leveraging funding sources are all essential ingredients towards success.

We already see it happening. When just one person moves out of an encampment and into permanent housing, we remember how meaningful and important this work is for all. It is the sauce of life.

To learn more about how cities in California are reducing homelessness and providing pathways to permanent housing, attend the “Creative Solutions to Reduce Homelessness” breakout session at the League of California Cities Annual Conference and Expo, Sept. 7-9. Visit the U.S. Interagency Council on Homelessness’ website to learn more about available resources and tools. 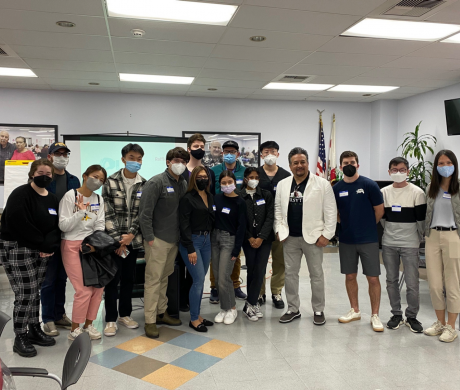 Many cities hoped that the American Rescue Plan Act would both help address pandemic-related issues and build an inclusive future for communities. For the city of Norwalk, this hope is becoming a reality. Staff focused their efforts on one of the city’s oldest and most underserved neighborhoods: the One-Ways. 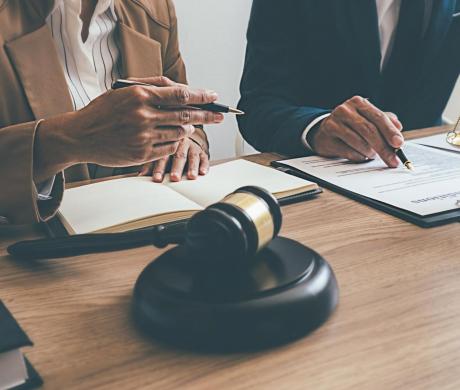 Brush up on major land use, public safety, and public works laws at the Annual Conference and Expo

The Annual Conference and Expo offers multiple ways to earn legal education credits. These practical, “how-to” sessions provide training on the most important legal issues for cities, such as land use, public safety, and public contracts.