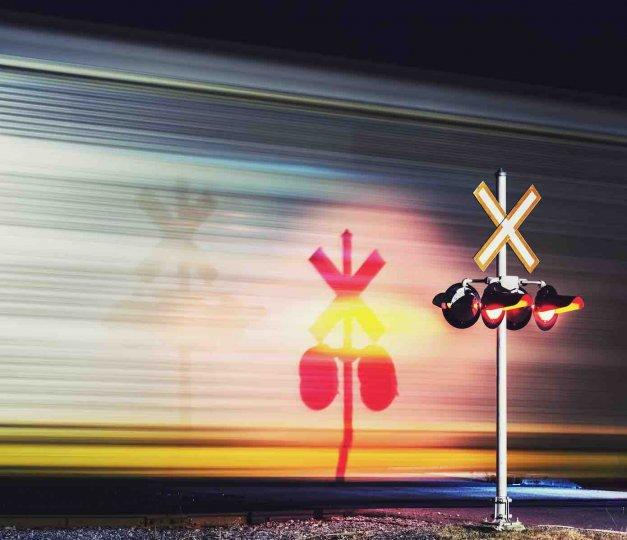 The cost of employee pensions for California cities is rising at rates that, in most cases, far exceed municipal annual revenue growth. Meager returns from the California Public Employees’ Retirement System (CalPERS) are compounding this alarming situation.

The trend is expected to continue, with rising costs consuming an increasingly greater percentage of city budgets — crowding out other needed investments in city services and infrastructure. Ultimately, these increased costs could push cities already in financial distress closer to the brink of bankruptcy.

What can we do to avert this impending crisis?

For nearly 60 years, California has used a defined benefit retirement plan approach that has played a central role in recruiting and retaining quality public employees. The League supports retaining defined benefit plans as the central component of public pension systems in California. These plans provide an annual pension based upon retirement age, years of service and a period of the highest salary earned (typically during the last years of work).

CalPERS and Its Funding Sources 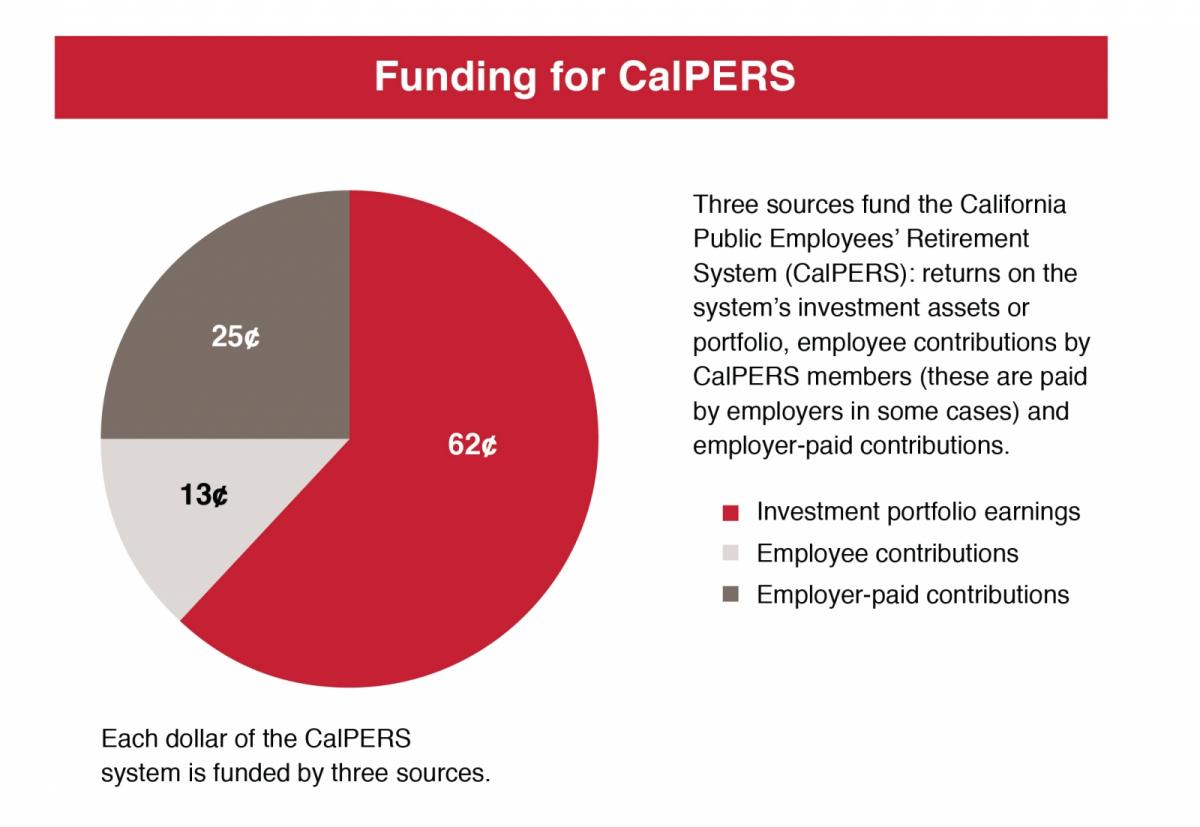 CalPERS manages the retirement benefits for more than 1.7 million California public employees, retirees and their families. With assets of over $300 billion, CalPERS is one of the largest pension systems in the nation.

Ideally, the costs of retirement benefits would be entirely paid for during the careers of system members. However, employers may choose to defer a portion of the costs of these benefits to future generations. This has contributed to growing unfunded liabilities that have escalated in recent years and are producing fiscal pressures for local governments that could persist for years to come. 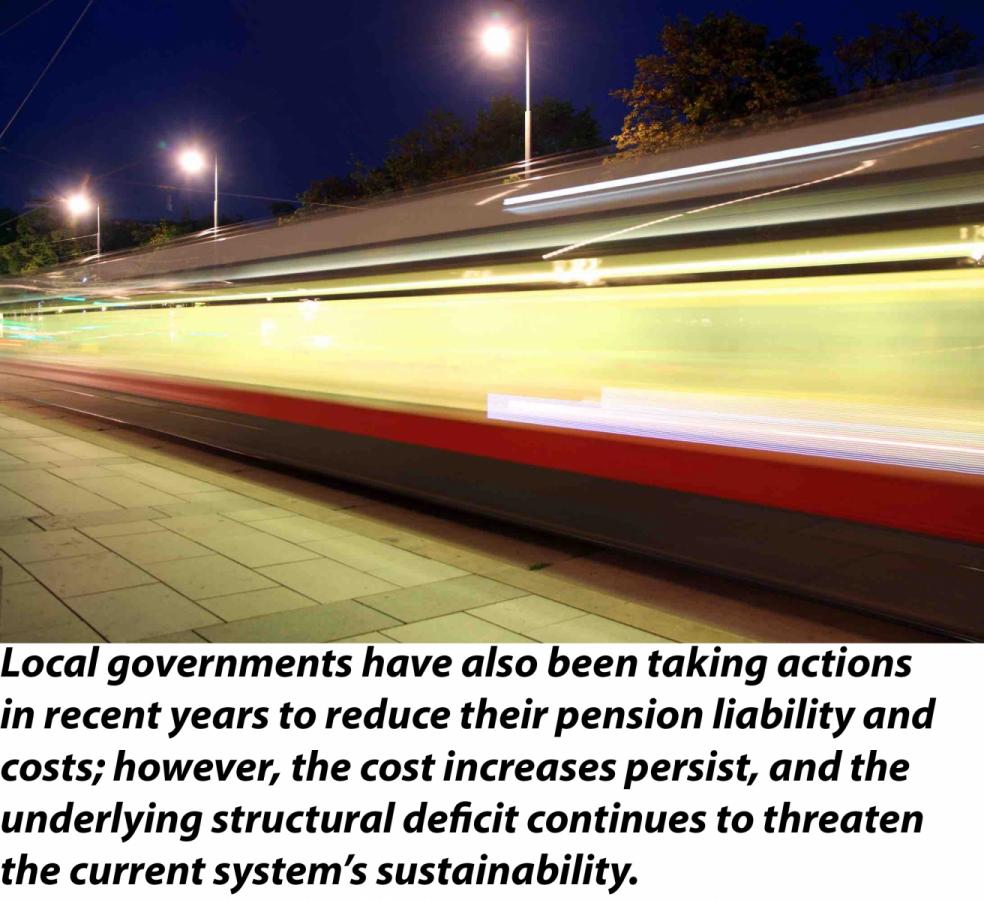 In 2015, according to a report from the Pew Charitable Trusts, CalPERS and the California State Teachers’ Retirement System (CalSTRS), the state’s other largest retirement system, had the nation’s sixth-worst record of reducing unfunded liabilities. Together, they collected just 79 percent of the $18.9 billion needed to keep their pension debts from rising. Pew also reported that in 2015, CalPERS and CalSTRS had only 74 percent of the funds needed to meet their pension obligations.

CalPERS’ annual funding level (also known as the funding ratio) has since dropped to about 68 percent due to reductions in projected investment earnings. This means it has only 68 cents on hand for every $1 in long-term pension obligations. Absent any action to improve the funded ratio, the fund could drop below 50 percent, regarded by experts as the point at which the system’s viability fails, because the negative cash flow would require assets to be liquidated and cause investments to stall.

How Did We Get Here? 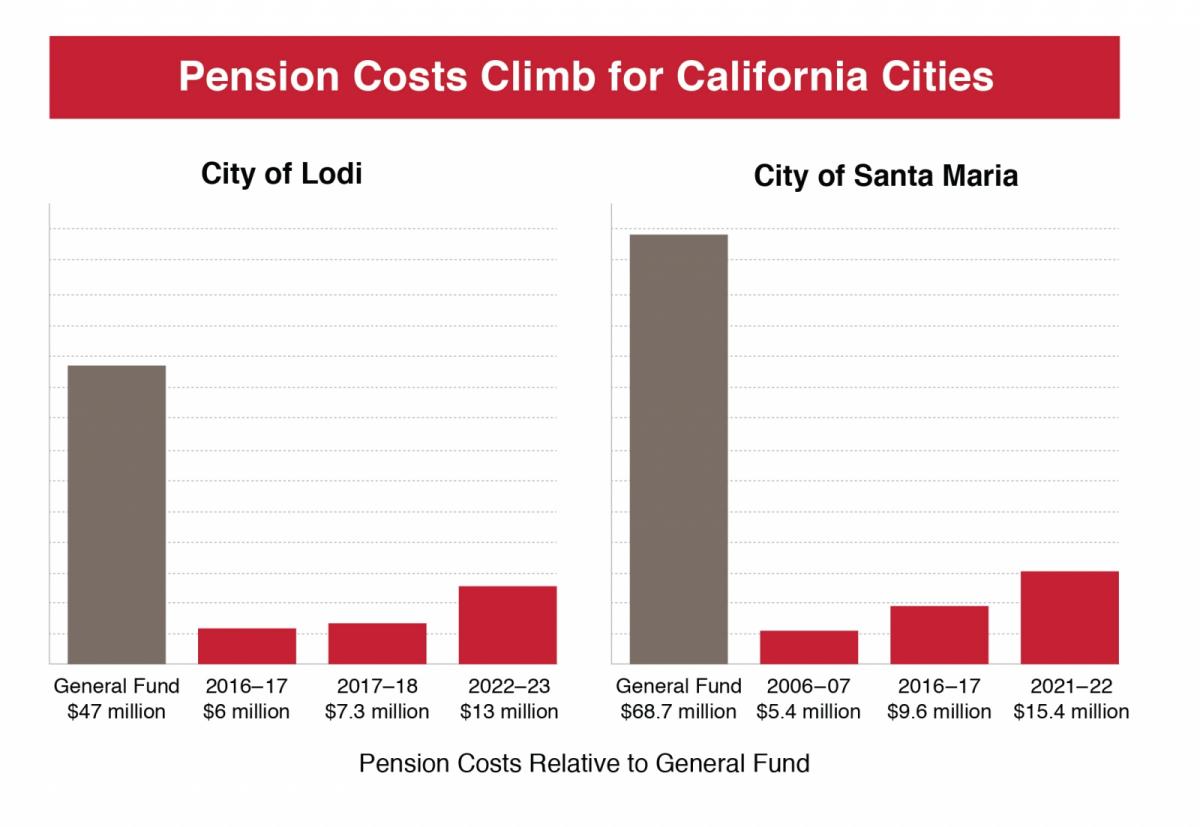 Although several factors contributed to the California pension system’s cost escalation, the most prominent were the enhanced pension benefits the state Legislature enacted in 1999 and 2000 with the passage of SB 400 (Ortiz, Chapter 555, Statutes of 1999) and AB 616 (Calderon, Chapter 782, Statutes of 2001). These enhanced benefits were retroactive, which meant pension-eligible employees received a higher level of benefit than promised when they were hired. These laws were enacted at a time when many assumed the pension system’s strong investment gains would continue indefinitely and could cover a majority of the additional costs of the benefit increases — and that state and local governments would not have to do so.

But soon after the Legislature’s actions, the “dot-com” stock market bubble burst in 2000 and the value of CalPERS’ investments plummeted. To offset these losses, CalPERS began increasing cities’ contributions, and by June 2007, the system’s funded status rebounded to 102 percent. But then the Great Recession hit, and CalPERS lost nearly 30 percent of its investment assets overnight. It has never recovered from these losses despite seven years of positive growth in the economy.

Apart from substandard market returns and enhanced benefits, these other factors have also contributed to rising pension costs.

Lowering CalPERS investment return assumptions from 7.5 percent to 7 percent. In the 2015–16 fiscal year, CalPERS earned a 0.61 percent return on its investments; this followed a year in which it earned only 2.4 percent. In response to these disappointing returns that were well below the 7.5 percent discount rate (the assumed rate of return), CalPERS lowered its discount rate in January 2017 to 7.0 percent, which will be phased in over the next three years, although its impact for employers will be phased in over eight years. This change in the discount rate means that local government employers will have to increase their contributions to protect the system’s funded status.

Rising average mortality rates. Pension liabilities are linked to assumptions about mortality rates. CalPERS recently made changes to its mortality tables to reflect the fact that retirees are living longer. These changes do not address the underfunding problem associated with current retirees who are outliving the average mortality age that was used to compute their contributions while they were working. As a consequence, the underlying unfunded liability is growing and driving a need to increase employer contributions to cover those costs. 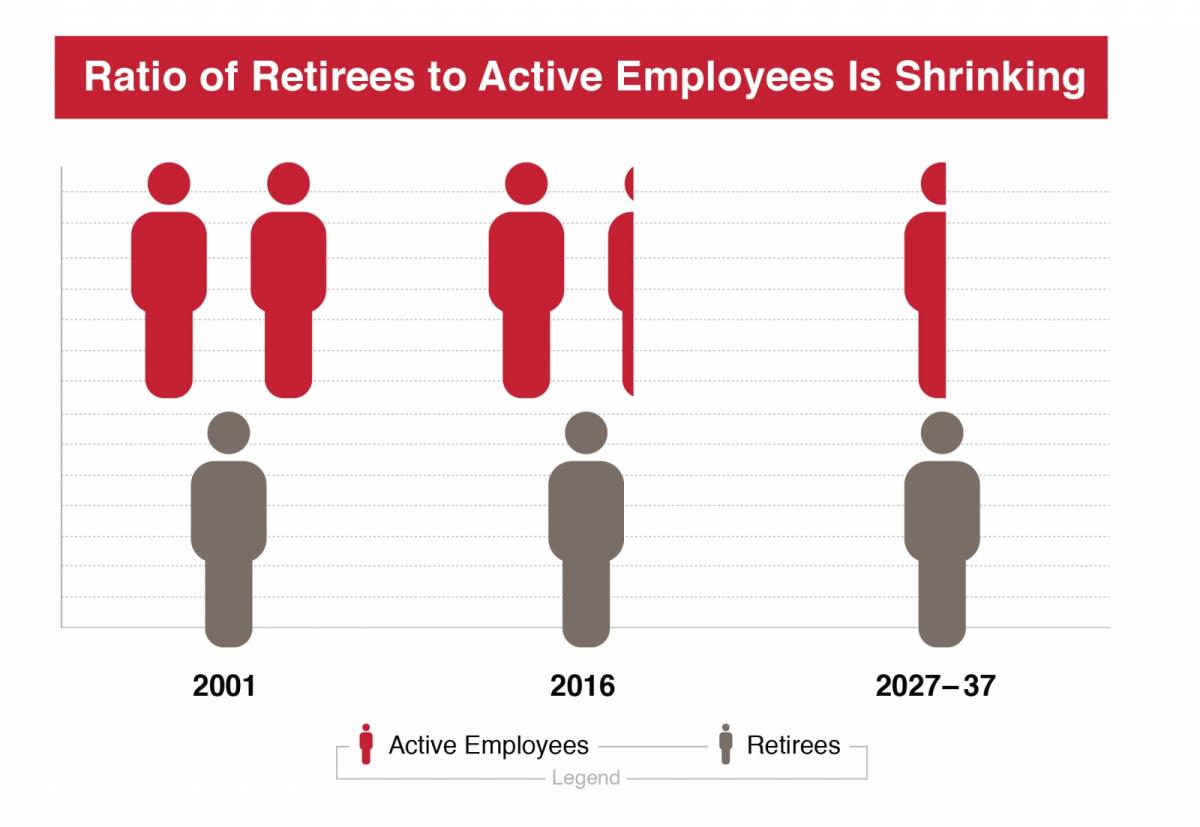 Moving Toward a Sustainable Future

In an effort to address these CalPERS liabilities, Governor Jerry Brown signed pension reform legislation in 2012, the Public Employee Pension Reform Act (PEPRA), that created a new tier of benefits for employees hired after Jan. 1, 2013. While PEPRA will help slow increasing pension costs in the long run, it will have little short-term impact on cost escalation. Thirty-year projections provided by CalPERS look promising, with an expected investment return of 7.0 to 7.5 percent, but the next 10 to 15 years will be challenging.

Local governments have also been taking a variety of actions in recent years to reduce their pension liability and costs, including negotiating compensation and benefit concessions with local labor unions. Others are developing plans to pay down their unfunded liability and adjusting service delivery methods and levels to reflect fiscal realities. However, despite these actions, the cost increases persist, and the underlying structural deficit continues to threaten the current system’s sustainability.

City managers statewide have been calculating the coming cost increases, and they are staggering. For example, Lodi City Manager Steve Schwabauer estimates Lodi’s annual pension costs will increase from $6 million to $13 million over the next five years — a 115 percent increase for a city of 64,058 residents with a $47 million General Fund budget. To put the increase into perspective, Schwabauer said, “That’s [equivalent to funding for] our library, Parks and Rec Department, a police beat and a fire station.”

The courts may also provide an avenue for options to address the escalating costs. Although vested rights are not protected by statute, the California Supreme Court has maintained that under the “California Rule,” vested rights are constitutionally protected contract rights, which means that no reduction in employee benefits can take place without an equal or greater benefit offset — thus rendering any benefit reduction virtually meaningless.

However, the California Supreme Court, is poised to revisit the “California Rule” in a series of pending cases (see “State Supreme Court Examines Issues Related to Vested Rights” on page 5). 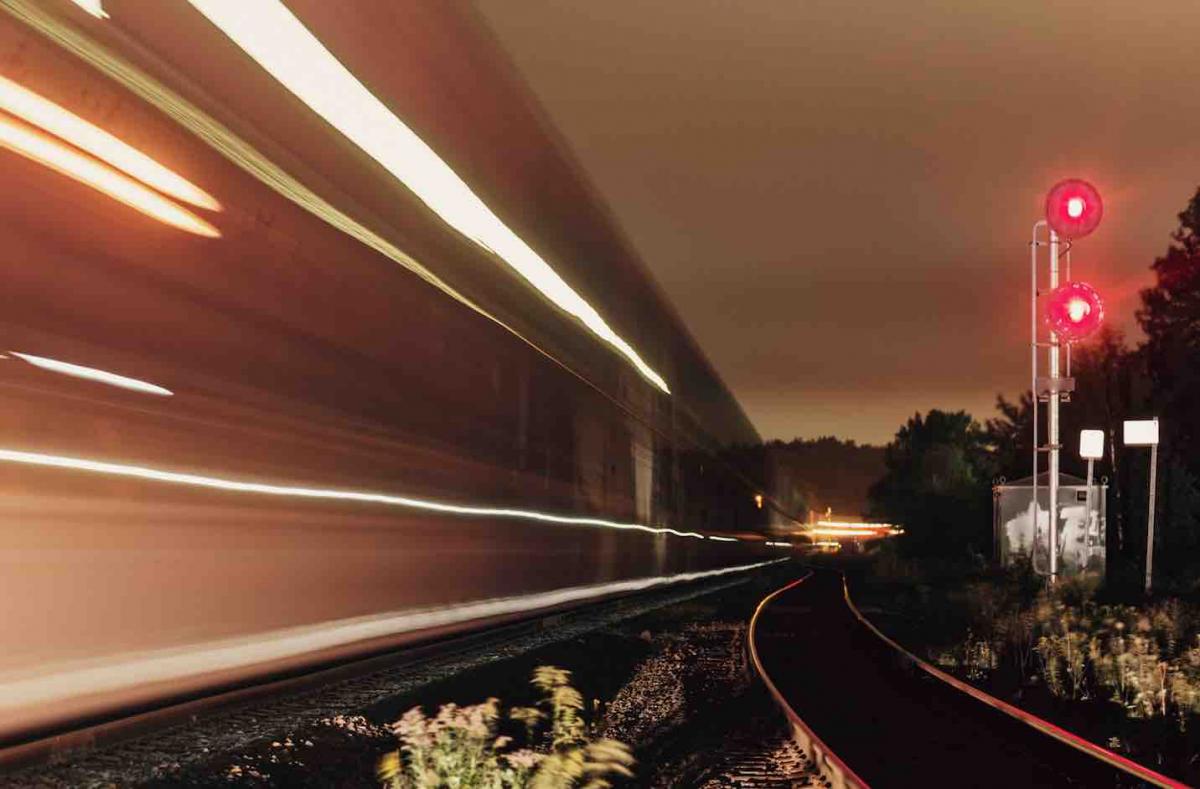 With the support of the League board of directors and drawing upon the expertise of the City Managers’ Department and others, the League is proactively exploring options for restoring CalPERS’ sustainability. Any solution will be fraught with difficult decisions and will require inclusive stakeholder collaboration — at both the local and state levels — that comprises CalPERS, retirees, employers and employees.

To find ways to stop this runaway train, we must all educate ourselves about the issue and then help to educate our colleagues and employees. For tools and information to help inform city leaders and staff, visit www.cacities.org/pensions.

Report From the Pew Charitable Trusts 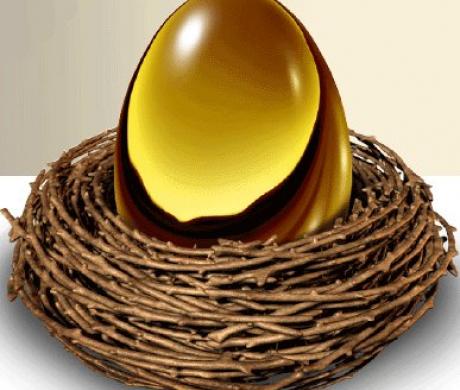 Opportunities to Save Pension Costs Through Collective Bargaining After Pension Reform 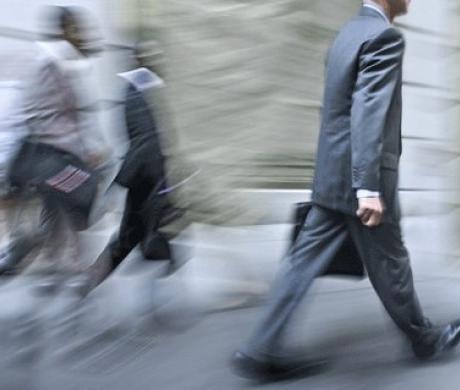 The League made pension reform its top strategic priority in 2012 and succeeded in accomplishing this goal as the legislative session concluded. 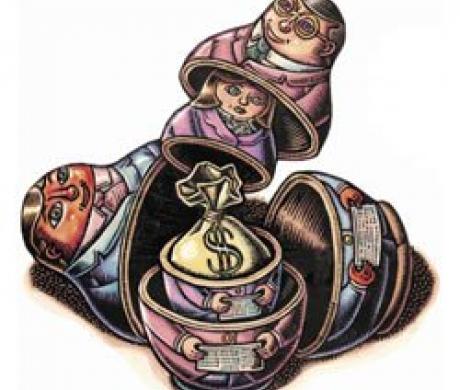 The spike in public pension costs fueled the call for reform.

There is a looming retirement crisis in California and around the country that — if left unattended — will impose untold millions of dollars in additional costs to state and local government, and threaten vital services such as police, fire, transportation and parks.