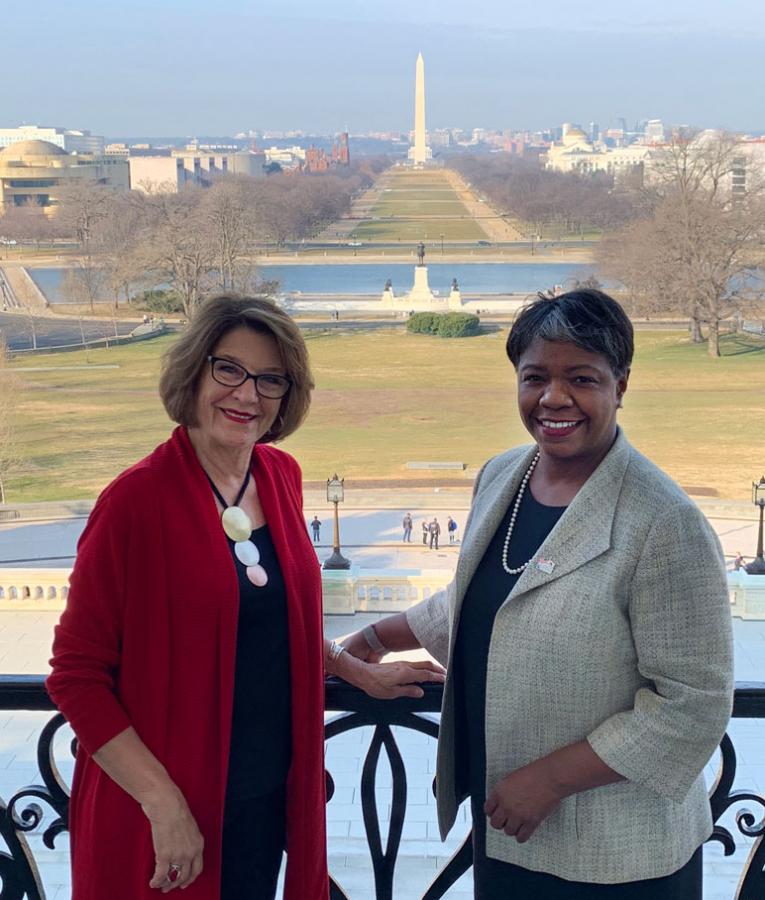 I recently joined League Executive Director Carolyn Coleman in Washington, D.C., along with more than 40 executive directors and local leaders representing 19 state municipal leagues from throughout the country  to participate in the National League of Cities’ (NLC) third annual state municipal league “fly-in,” where we met federal decisionmakers and discussed city priorities.

The work began on Wednesday, Feb. 6. NLC’s federal advocacy staff briefed us on the current political dynamics in Washington, D.C., and the potential for an infrastructure package in 2019. The briefings included substantive updates on NLC’s 2019 federal legislative priorities.

NLC further supported our efforts by putting us in small groups to help increase our impact. I joined municipal league representatives from Kentucky and Pennsylvania. On Thursday, we arrived on Capitol Hill for a day of action to advocate for city priorities. We came prepared with the stories of our communities and residents, eager to amplify their voices and city priorities in the policy and legislative conversations underway in the nation’s capital. 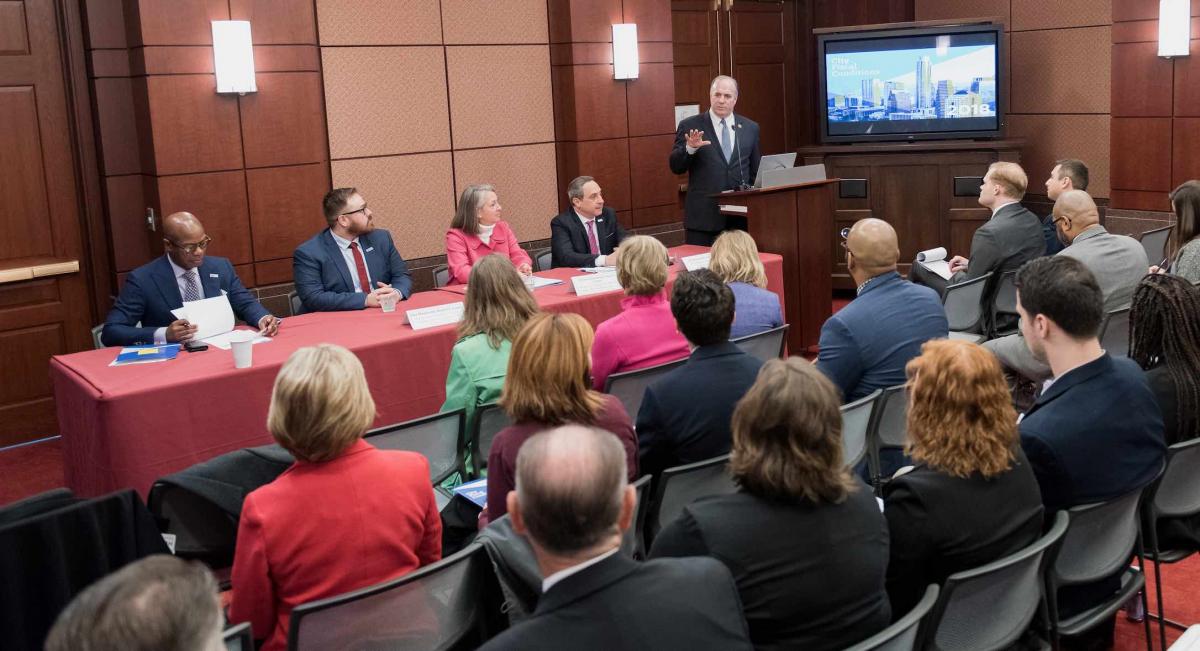 In meetings with various members of Congress and their staff, we focused on the need for rural broadband, particularly in light of recent events such as the Camp Fire, which destroyed the Town of Paradise. Broadband access provides a lifeline in rural communities — today it is no longer a luxury but a necessity. I found it very interesting that cities in Kentucky and Pennsylvania have the same concerns related to internet service as we do in California. Options for access tend to be good in metropolitan areas, but not in outlying areas. Communities in our three states are interested in how to get companies to invest more in expanding and improving internet access and broadband availability.

In addition, we emphasized the need for more federal funding for infrastructure improvements, particularly for roads.

Our discussions also focused on homelessness and housing. We talked about the urgent need for funding to address this issue — from both the federal and state governments.

In these meetings with members of Congress and congressional staff, we presented NLC’s guiding principles for rebuilding and reimagining the nation’s infrastructure and 50 ideas for what cities need in an infrastructure plan. We also took the opportunity to educate members of Congress and congressional staff about cities’ roles and responsibilities. Many of those whose offices we visited were freshman members. A number of their staffers were relatively new to some of the terminology and the issues we were discussing, and the conversations were helpful — and in some cases, eye-opening — for all of us.

During the event, our combined groups met with representatives of more than 45 congressional offices from 21 states and built relationships with 23 newly elected members of Congress. We established some strong connections by visiting early in their terms and getting to know them.

We clearly communicated that city advocates are ready to build local-federal partnerships to help move the nation forward, and we launched a national narrative around the value of strong infrastructure.

Effective Advocacy Strategies Work at All Levels of Government

One advantage of establishing relationships with new members of Congress or staff is that it often facilitates access during their term that follows.

This principle also applies to the work that we do on behalf of cities at the state level. For example, many of our state legislators are freshmen, and city officials are engaged in establishing relationships with them and their staff.

Advocating for cities at the federal level also reminds us how effectively partnering with others amplifies our message. Including more people when meeting with elected representatives ranks high as an effective approach and is also helpful in developing local-state relationships. When you meet with a state legislator or her staff as an individual representing one city, your voice may have less impact. When we come together and speak with a unified voice for cities, our message is stronger, which improves the chances of achieving our goals. Furthermore, meeting face to face has greater impact than a phone call, an email or a letter.

As the League’s Legislative Action Day draws near, keep in mind the importance of building relationships, meeting face to face and coordinating your message with your colleagues who are participating in meetings with you and your legislators. Be sure to sign up for the Legislative Action Day Preview Webinar that will be offered on April 11 (visit www.cacities.org/events for registration information).

I look forward to seeing you at Legislative Action Day events in Sacramento and joining you in our collaborative efforts to help make our cities better places to live, work and play. 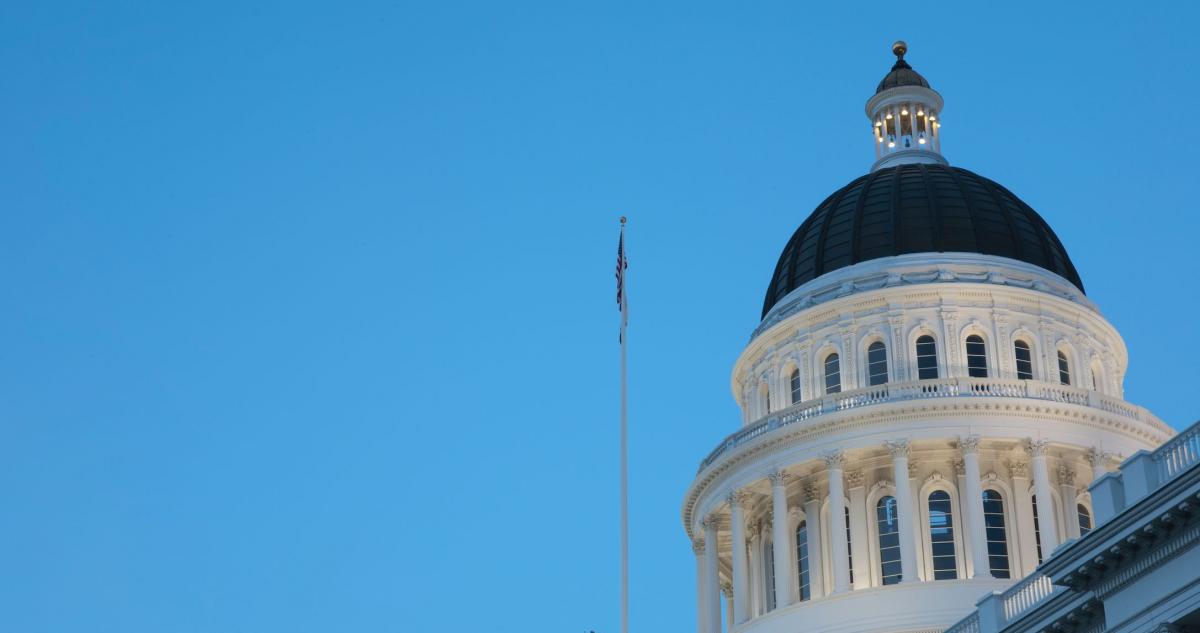 1. Become familiar with the legislative process. Appoint a legislative liaison to track key legislation and work with your League regional public affairs manager (find your manager at www.cacities.org/regionalmanagers).

2. Use the legislative tracking tool on the League website. This tool (at www.cacities.org/billsearch) offers basic information about a bill, including its text, history, status, hearings, votes and more. Here you will find bills that the League is tracking, the League’s registered positions (Support, Oppose or Watch), sample letters and the legislative representative assigned to the bill. Note: The League’s standard position on tracking legislation is “Watch” until such time that we take an official position.

Take advantage of resources, such as the Navigating the Legislative Process guide, on the League website at www.cacities.org/legresources. ​

4. Get to know your Senate and Assembly representatives and their staff in both their district and Capitol offices.

5. Get to know your local media and help educate them about important city issues. Provide a local angle on pending state legislation. Legislators pay attention to their local press, and voters often care most about local issues. Notify the local media when your city takes a position on an issue that the League also advocates on for California cities.

7. Build networks with other groups in your community on key legislative issues: business groups, developers, unions, library groups, parks and recreation users, local chambers of commerce and more. The League’s regional public affairs managers specialize in building these networks. Share with your League regional public affairs managers the names of key local leaders and partners who are working with you.

8. Organize an internal process within your city for developing and proposing changes to laws that will help your city. Legislators and their staff look for legislative ideas each fall. Engage your League public affairs manager in exploring coalition-building opportunities around your legislative proposals.

9. Adopt local policies on legislation that enable your city to respond quickly to the League’s Legislative Action Alerts and changes in the legislative process. Explore options with your regional public affairs manager. Consider adopting the League’s Guiding Principles as your city’s principles. This document can be found online at www.cacities.org/summary.

10. Use the League as a resource. Contact your regional public affairs manager for information and ideas, and let them know how you are willing to help. Visit the League website at www.cacities.org for frequent updates on the state budget and League priority legislation. The League is here to help you advocate for your community and achieve your legislative goals. 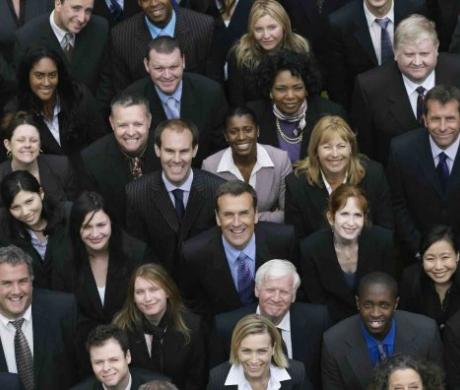 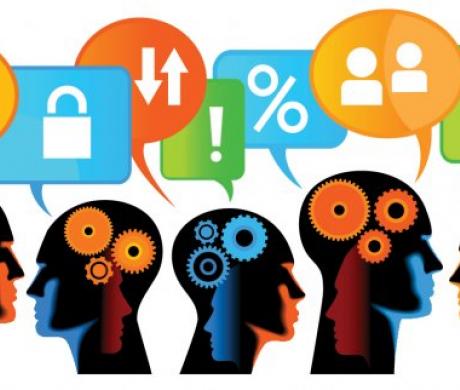 How Effective Is Your Council?

After the election is over it can be hard to put aside the competitive mindset, move beyond politics and begin working as a cohesive team. 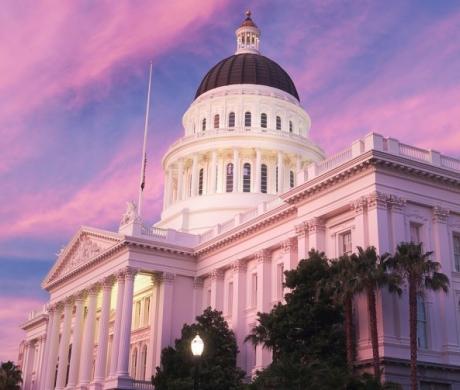 Maximizing Your Voice for City Priorities

Attend the League’s 2017 annual conference and advocate for your city during the final days of the legislative session. 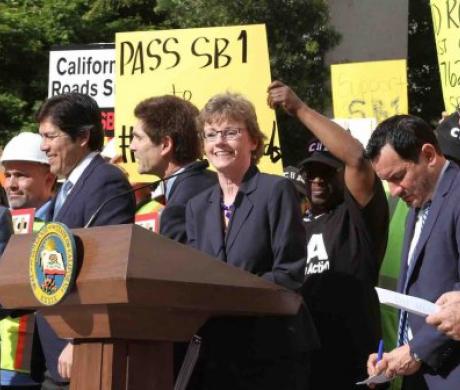 We have achieved important victories on behalf of cities this year on our strategic goals and in other areas.