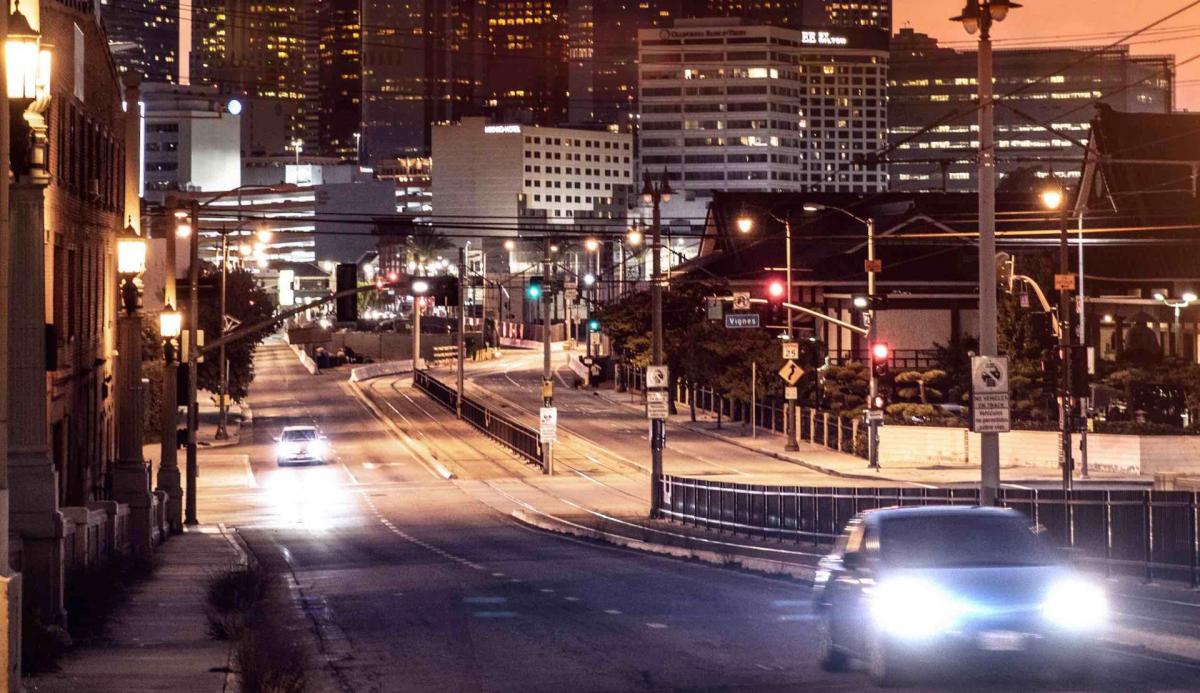 The League and the County Engineers Association of California (CEAC) announced the winners of the 2019 Outstanding Local Streets and Roads Project Awards at their annual Public Works Officers’ Institute in April. The awards program recognizes counties and cities throughout California for creative and cost-effective projects that improve local streets, roads and bridges.

Sponsored by the California State Association of Counties (CSAC), the League and CEAC, the Outstanding Local Streets and Roads Project Awards program also showcases cities and counties that promote fiscal and environmental sustainability in the local transportation system.

“The great work that California’s cities and counties are doing on their local streets and roads offers examples for others to emulate,” said Charles Herbertson, Culver City public works director and president of the League’s Public Works Officers’ Department. “These projects help keep all road users safe, including bicyclists and pedestrians, and support goods movement and commerce. We are proud to showcase this work and commend all the cities and counties that competed in the awards program this year.”

“Local streets and roads are among the many services provided by counties and local governments that impact our daily lives,” said Jim Porter, San Mateo County director of public works and CEAC president. “These awards highlight the innovation in sustainability happening on a local level that can be replicated across the state and the nation.”

“Nearly everyone in the state utilizes local streets and roads, but few realize the amount of effort that goes into maintaining them,” said David Leamon, Stanislaus County director of public works and chair of the Local Streets and Roads Oversight Committee. “Over the past five years, recognizing the hard work and innovation of counties and cities through this awards program has helped convince legislators to further invest taxpayer dollars in projects that keep California moving.” 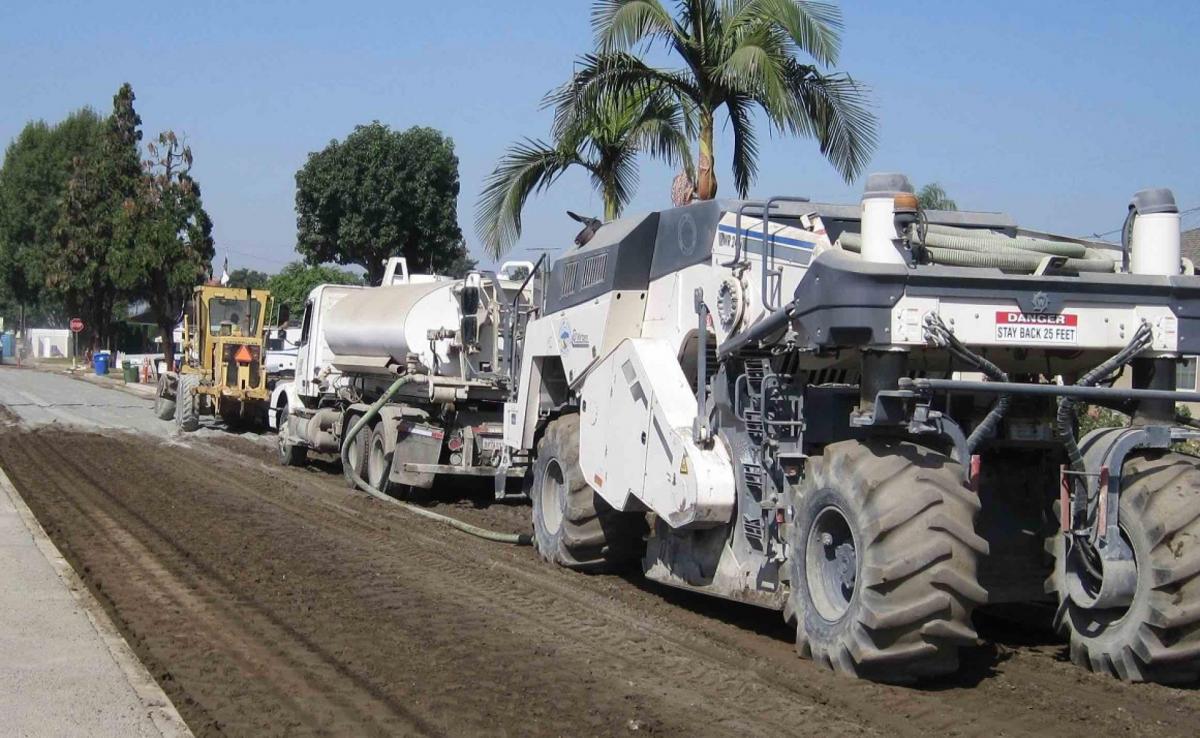 In a residential area of the unincorporated community of Covina Islands, nearly 5.5 miles of roads (903,000 square feet) had pavement rated in poor condition. Reconstructing the roads was considered the best solution for the neighborhood, but the traditional reconstruction method of removing and replacing the existing road materials was estimated to cost $5.8 million.

The Ballentine Place project included removing the top three inches of the existing asphalt concrete and using a cold central plant recycling process, which required fewer construction workdays and mitigated traffic impacts. Its environmental benefits included a 47 percent reduction in GHG emissions, a 61 percent reduction in energy consumption and diversion of 33,000 cubic yards of waste from landfill. The asphalt rubber hot mix used in the surface diverted 15,500 scrap tires from a landfill. In addition, the project incorporated vegetated bioswales to facilitate stormwater infiltration that reduces the volume of water entering the storm drain system.

The county saved $3.3 million, which it reinvested to upgrade other county roads. The project improved the overall quality of the county’s road network in a cost-effective and environmentally friendly way. Los Angeles County’s three-pronged approach offers a straightforward formula for addressing the issues of limited funding and reducing GHG emissions in a practical manner. 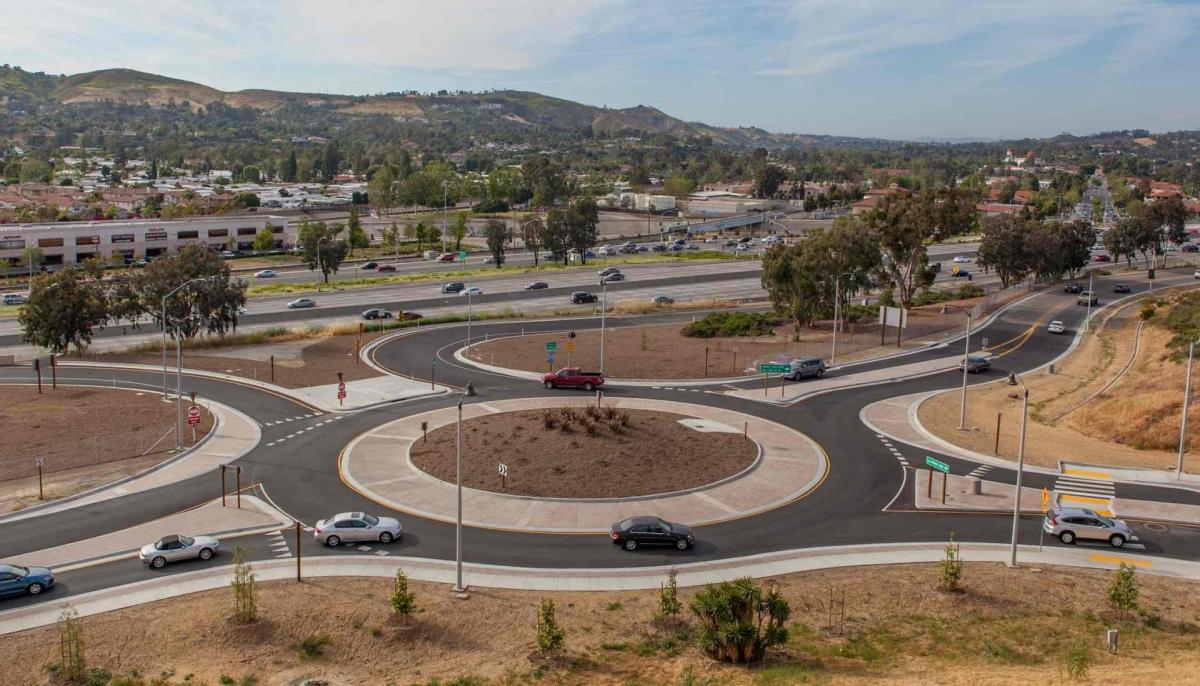 For nearly 20 years, the awkward, offset I-5 freeway off-ramp intersection in the City of San Juan Capistrano was the subject of many alternative improvement concepts. Controlled by stop signs, the intersection was frequently congested, and its complicated geometric design created confusion among commuters, which increased traffic incidents.

The roundabout was designed to address both existing and projected operational deficiencies by improving traffic direction, easing congestion and accommodating future local and regional growth. The project reduced the number of vehicle-to-pedestrian conflicts at the La Novia intersection by 67 percent.

This is the first roundabout on the state highway system in Orange County and the first to have been formally analyzed and approved through Caltrans’ intersection control evaluation process in District 12. In addition, the Federal Highway Administration profiled the I-5/La Novia Roundabout project on an informational poster used nationally to communicate the benefits of roundabout intersections. 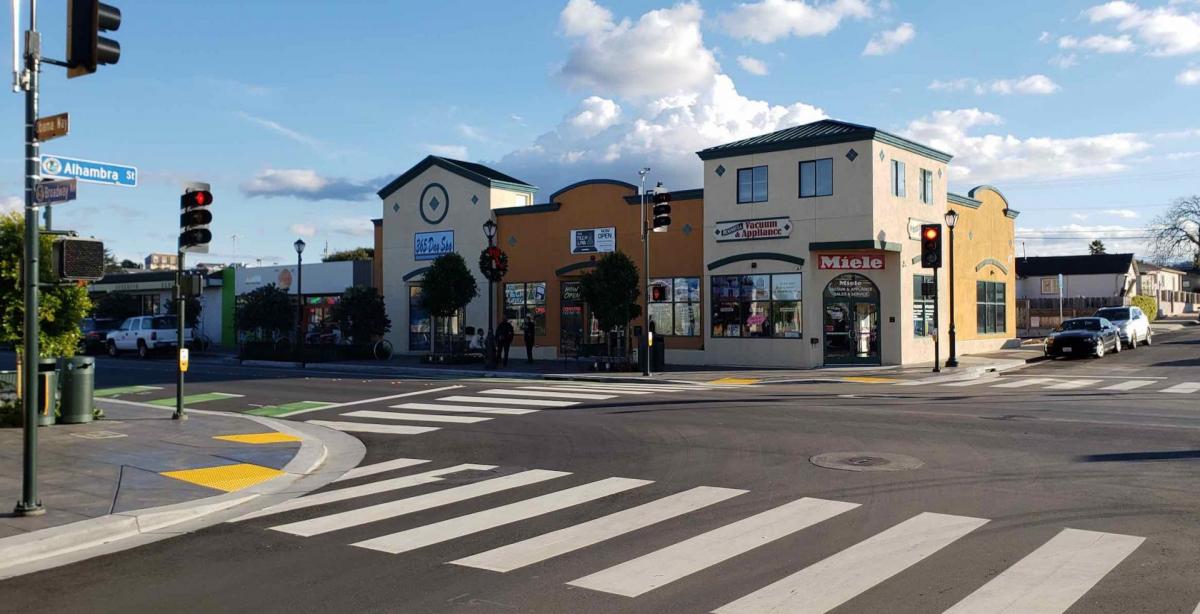 The City of Seaside is experiencing a transformation as its West Broadway Urban Village Specific Plan project begins to revitalize the downtown area.

The first phase of this $7 million project made pedestrian, bicycle, streetscape, roadway and intersection improvements that included wider sidewalks, new bike lanes and bike boxes, bulb-outs to improve safety at pedestrian crossings, a new signal light and a “road diet” that reduced the width of the roadway from a four-lane roadway with two lanes in each direction to a two-lane road with one lane in each direction.

The project also made storm drain improvements and constructed bioswales, infiltrators and a new sewer main for a future sanitary sewer connection. New planters, lighting, landscaping, benches and other streetscape improvements enhance the economic, social, cultural and recreational fabric of the area and encourage pedestrian activity in the revitalized downtown commercial area. 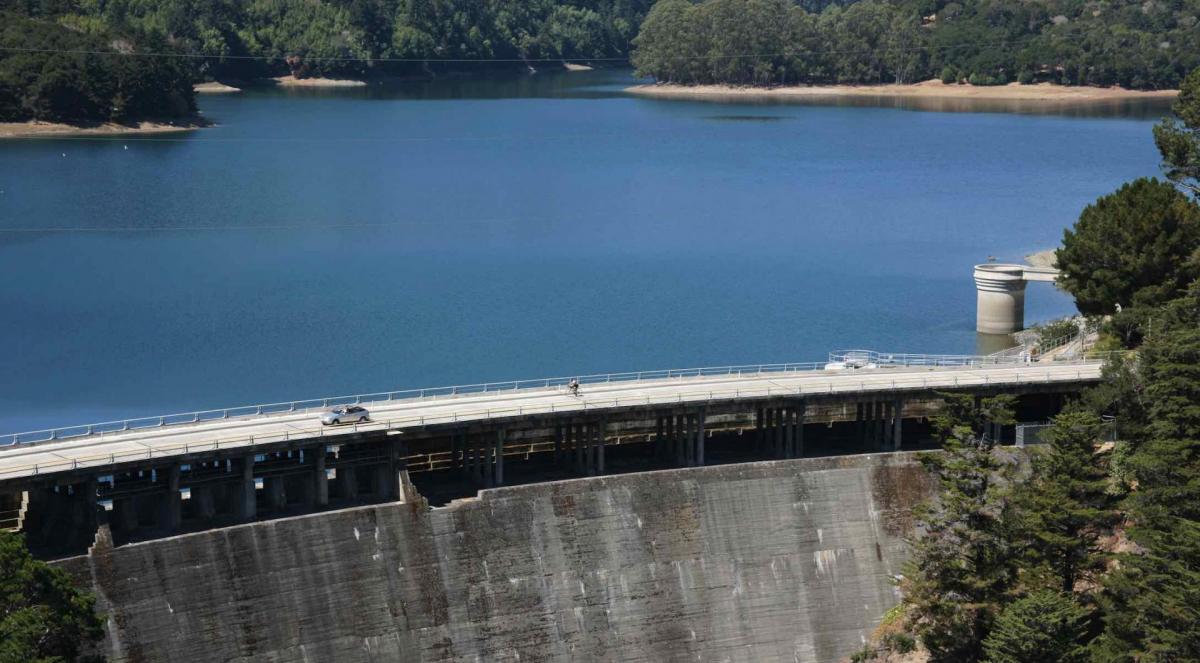 The Lower Crystal Springs Dam across San Mateo Creek is owned and operated by the San Francisco Public Utilities Commission and forms the Crystal Springs Reservoirs, which have a combined capacity of 22.5 billion gallons of water and also receive water from the Hetch Hetchy Reservoir. San Mateo County owns and operates the bridge that carries traffic over the dam along Skyline Boulevard, also known as Highway 35.

The dam, which was constructed in 1888, is a gravity arch dam and served as a model for Hoover Dam. In 1988, the California Department of Water Resources Division of Safety of Dams reevaluated the reservoir’s Probable Maximum Flood (the flood that may be expected from the most severe combination of critical meteorological and hydrologic conditions that are reasonably possible in a particular drainage area) and found the dam’s existing spillway was too small. To construct the spillway improvements, it was necessary to remove the bridge, widen the spillway and build a new bridge on the dam structure.

The county demolished the 1920s-era bridge in 2011, and the San Francisco Public Utilities Commission modified the spillway, parapet wall and stilling basin. Because the work area provided habitat for endangered species, many environmental studies and multiple approvals from respective regulatory agencies were required. Engineering design approvals were also required from Caltrans and the Division of Safety of Dams in close coordination with the San Francisco Public Utilities Commission. 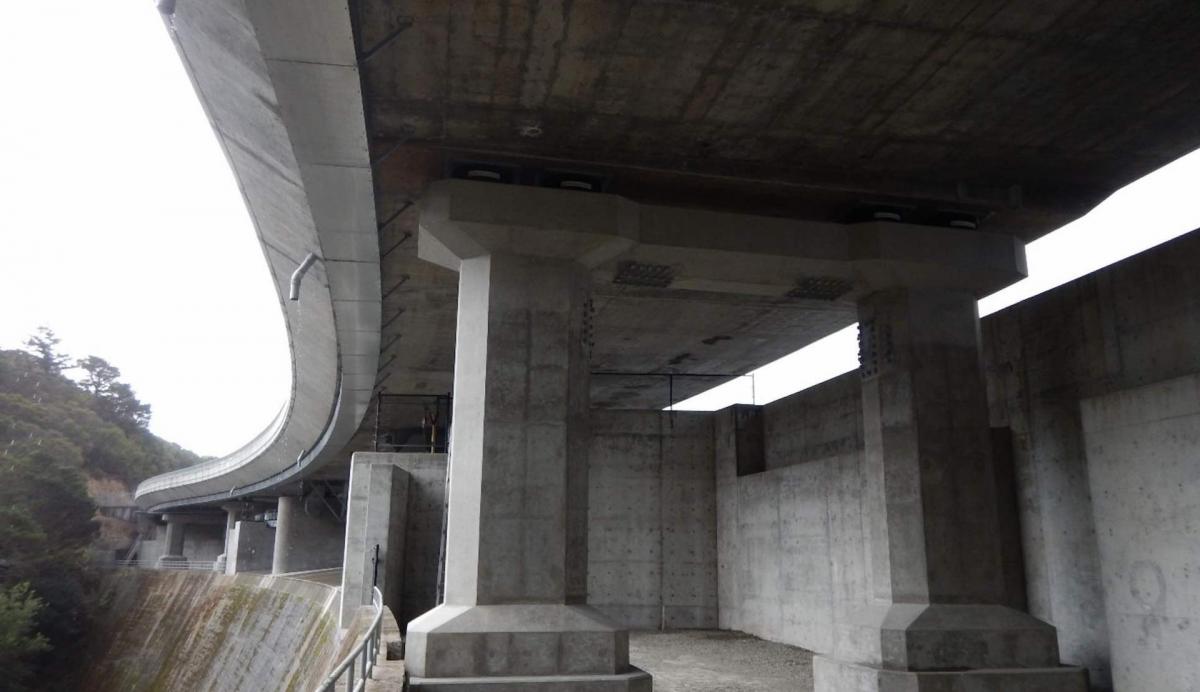 Construction of the new bridge began in February 2016 and was completed in October 2018. The cast-in-place, concrete box girder bridge is 626 feet long and 51.5 feet wide and was built approximately 7 feet higher than the former bridge to accommodate the dam parapet wall modifications. Replacing the former seismically deficient bridge with one able to withstand the maximum credible earthquake was a top sustainability goal — especially considering its location within 1,000 feet of the San Andreas fault.

The new bridge also includes a 15-foot- wide recreational trail that is separated from vehicular traffic to provide improved connectivity for Crystal Springs Regional Trail users for years to come.

Roller compacted concrete (RCC) is a revolutionary pavement that blends the speed and cost of asphalt with the longevity and benefits of concrete pavement. In 2018, the City of Roseville reconstructed more than two miles of existing asphalt pavement road plagued by potholes and roughness using the RCC method.

In addition to reduced lifetime maintenance (first recommended maintenance is not until year 20 as compared to every seven years with asphalt), the costs for the pavement on this project were about 10 percent lower than a comparable asphalt pavement. In addition, this method allows roadways to be open for traffic in as little as two days (with cross traffic allowed in as quickly as one paving work shift) versus the 10 days typically required for concrete.

The reduced maintenance also reduces road closures, which increases safety for drivers and road crews that no longer need to be on the roadways as often. The pavement is also lighter in color than asphalt, requiring less lighting and enabling better visibility at night. Building RCC roadways will ultimately reduce the city’s maintenance costs and save money for the city’s taxpayers.

Does Your City Have an Innovative Project?

The Outstanding Local Streets and Roads Project Awards program is conducted annually. If your city has an innovative project underway, consider submitting it for 2020. More information about the awards program is available at www.savecaliforniastreets.org. 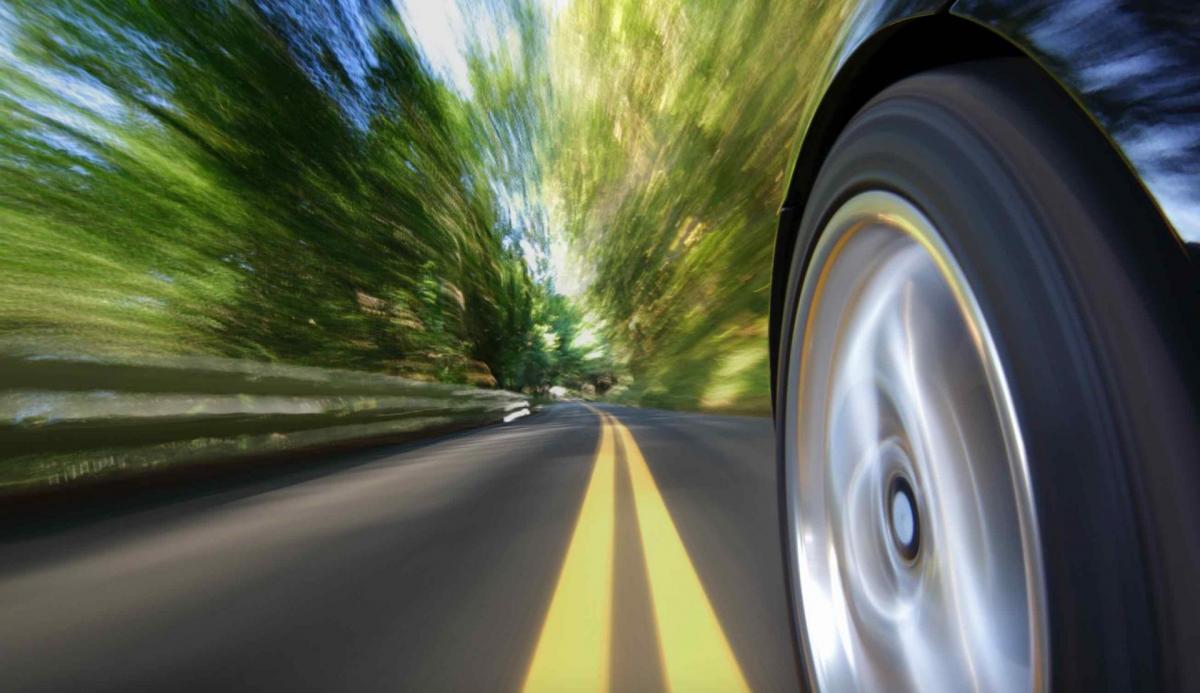 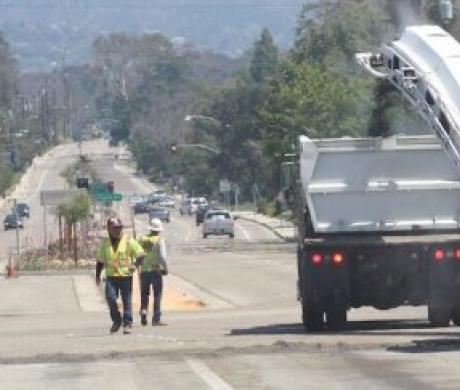 The awards recognize exceptional achievements made by California’s cities and counties to preserve and protect the public’s investment in the local street and road system. 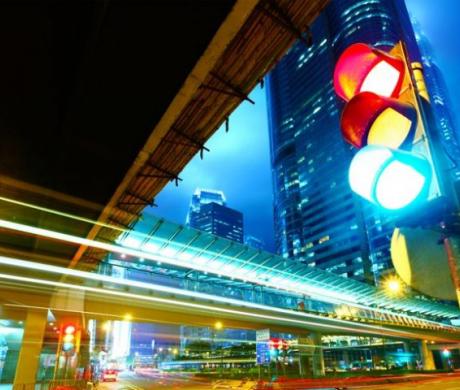 Launched in 2014, the awards highlight cities and counties using innovative projects to achieve safety, preservation and sustainability goals for the local street and road systems. 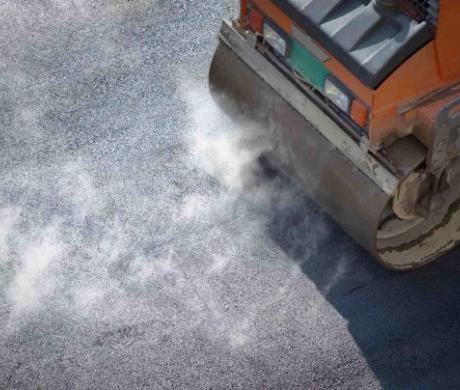 Local Streets and Roads Remain a League Priority in 2018