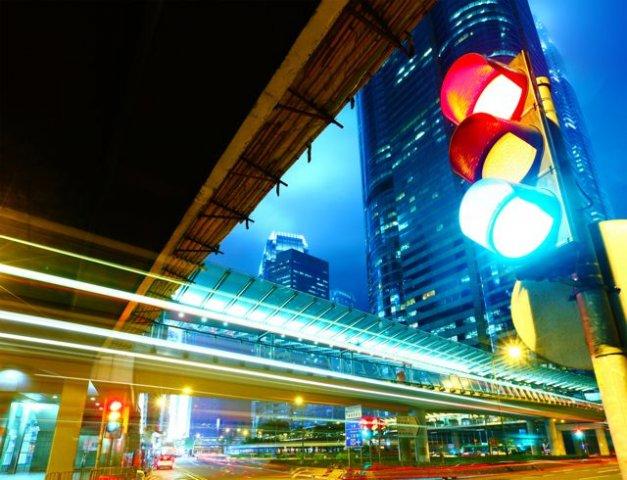 Nearly every trip — whether by car, bus, bike or foot — begins and ends on a local street or road. The local system is critically important to the safety and mobility of the traveling public, emergency responders and law enforcement, and it also plays an essential role in the economy.

The Outstanding Local Streets and Roads Project Awards program recognizes exceptional achievements made by California’s cities and counties to preserve and protect the public’s investment in the local street and road system. The League, the California State Association of Counties and the County Engineers Association of California (CEAC) sponsor the awards program. Launched in 2014, the awards highlight cities and counties using projects, programs, practices, innovative technologies and materials to achieve safety, preservation and sustainability goals for the local street and road systems. This article presents the 2014 winners, who received their awards at the League’s Public Works Officers’ Institute and CEAC Spring Conference.

A stringent prequalification process ensured that the contractors bidding on the project had the necessary project management experience, adequate staffing and financial stability. Glendale included specific construction staging in the specifications with consideration given to public convenience and safety and also required a detailed traffic control plan prepared by a registered civil or traffic engineer. In addition, the city hired a materials testing consultant to verify material quality for the recycled and rubberized pavements at the asphalt plant and on-site.

“The City of Glendale works diligently to accommodate growth in jobs and housing while investing resources to minimize local and regional impacts on transportation infrastructure,” says Mayor Zareh Sinanyan. “Over the past two decades, the city has dedicated approximately $100 million to transportation and mobility improvement projects. The Central Avenue project is an example of what we are working toward.”

Ord Ferry Road is a rural major thoroughfare on the west side of Butte County that is mainly used for daily commute traffic and agricultural purposes. The pavement for this 3-mile section had extensive cracking and potholes.

Butte County partnered with the California Pavement Preservation Center (CP2) at California State University, Chico, to explore innovative rehabilitation techniques. For Ord Ferry Road, county and CP2 staff decided on full depth reclamation with cement (FDR-C) and cold central-plant recycling (CCPR). The FDR-C construction technique recycles a portion of the existing pavement, including the base layer, with underlying subgrade incorporating cement and water to form a strong, uniform durable structure section. The CCPR construction technique milled a portion of the existing asphalt, stockpiled the millings, added a recycling agent at the central plant and then placed the CCPR material as a cold asphalt intermediate layer.

These recycling techniques enabled Butte County to complete the project in a relatively short 45 working days, with fewer delays to local farmers moving harvested crops out of the fields and shorter interruptions for commuter traffic. The process also reduced the number of truck trips on Butte County roadways as well as greenhouse gas emissions for importing and exporting raw materials to the construction site.

Hayward embarked on an innovative process during summer 2013 to reconstruct 13 residential streets by using cold in-place recycling (CIR). The CIR process involves grinding existing pavement layers, which are then mixed with foamed asphalt, spread and compacted to produce a structurally sound base layer. The entire process takes place on the street being treated versus production in a batch plant.

“Residents, business owners and motorists are happier because construction time is shortened with this method. We completed 13 streets with the CIR method in five days compared to 13 days or more with the conventional method,” says Dave Hung, associate civil engineer with Hayward’s Department of Public Works. This process also increases traffic safety by using less equipment. With the CIR method, streets can be opened to traffic in as little as 60 minutes after the recycling equipment passes.

“The city saved approximately 32 per-cent by using the CIR method versus the conventional removal of existing pavement and replacement with new hot-mix asphalt. We will continue to use this method as it not only provides a stronger pavement but is also cost effective and environmentally friendly,” says Yaw Owusu, assistant city engineer with Hayward’s Department of Public Works.

The Sinaloa Street project is located in the unincorporated area of Altadena in Los Angeles County, directly north of the City of Pasadena. The work included preserving approximately 31 lane miles of residential roadway that was in good condition. The goal was to prolong the life of the pavement to avoid the road deteriorating to the point where a resurfacing treatment would be required, which would cost two to four times more than the preventive approach. Staff selected a pavement preservation treatment that included applying a slurry seal to the road surface.

To improve the project’s sustainability, the city used reclaimed asphalt pavement in the slurry rather than virgin aggregate. In addition, to help improve the ride quality of the road the contractor removed a very thin layer of the paved surface prior to applying the slurry seal. This process also smoothes out the road’s surface. Gil Ramirez, road maintenance superintendent for the project area, has noticed the difference this made. “I drive each of these roads every month, and there’s a significant improvement in how the road ‘rides,’” he says. “I’m not the only one — I’ve been receiving great feedback from the community as well.”

The Sinaloa Street project is also environmentally friendly. Compared to a hot-mix alternative, the slurry seal treatment reduces the energy consumption by 81 percent and reduces greenhouse gas emissions by 91 percent.

“Preserving our roadways in a cost-effective and environmentally sound manner is a strategic commitment for our department,” says Patrick DeChellis, deputy director of the Los Angeles County Department of Public Works. “Achieving these objectives and receiving favorable input from the community make this project a win-win.”

Placer County is enhancing traffic safety on its roadway network by actively working to reduce the number and severity of traffic collisions. The county’s traffic safety program includes ongoing review of safety-related traffic issues, including annual analysis of locations with high numbers of collisions. The program’s main element is the Traffic Accident Analysis System, a documented program for annually analyzing collision history. It includes review of fatal collisions, site-specific locations, intersections with high numbers of accidents, and pedestrian and bicycle collisions.

Other local agencies interested in replicating this model are using the county’s Traffic Accident Analysis System handbook. Access to data about traffic safety-related issues makes it easier to identify effective measures to reduce the likelihood of crashes and to measure reductions in the frequency of crashes.

“The development of the traffic accident analysis program has helped highlight the importance of annual traffic safety reviews in the county,” says Richard Moorehead, engineering manager for the Placer County Department of Public Works. “The program has been a vital conduit to funding.”

Since the program’s inception in 2009, Placer County has secured more than $5 million in grant funding for low-cost safety improvements that affect hundreds of miles of its local roadways. The county has also reduced the number of traffic collisions at study locations.

“The traffic accident analysis program provides the ability to make educated decisions about safety improvements that will directly affect the lives of local residents and travelers,” says Stephanie Holloway, associate civil engineer with the Placer County Department of Public Works. “Our annual safety reviews have positioned us to better understand the many factors that influence a particular kind of crash. We can apply this knowledge to areas of similar roadway dynamics with the hope of preventing a crash before it happens.”

Prior to these improvements, Ocean Park Boulevard from Lincoln Boulevard to Main Street was an expanse of asphalt and concrete. Designed and constructed during a period when infrastructure focused primarily on cars, the street essentially bisected and separated a mostly residential Ocean Park neighborhood.

A group of engaged Ocean Park residents helped re-envision the boulevard to meet the community’s needs. The rebuilt boulevard improves paths for pedestrians and bicyclists, reconnects the community and includes key aspects to meet the environmental sustainability goals of the greater community.

“This complete green street, while providing beautification benefits for the neighborhood and increasing functionality for all these different users, also offers something that is a little harder to see — water supply improvements,” says Terry O’Day, mayor pro tem of Santa Monica. The boulevard’s redesign reduces the overall volume of stormwater runoff and pollutants into the nearby Santa Monica Bay.

This project created a cleaner, more sustainable and better-connected neighborhood. Bicyclists and pedestrians navigate safer and more appealing paths, and motor vehicles flow through this busy corridor with reduced risk to other modes of traffic.

For a description of the awards program and criteria for submissions, visit www.cacities.org/Education-Events/Public-Works-Officers-Institute/For-Attendees/2014-Public-Works-Award-Program/Outstanding-Local-Streets-and-Roads 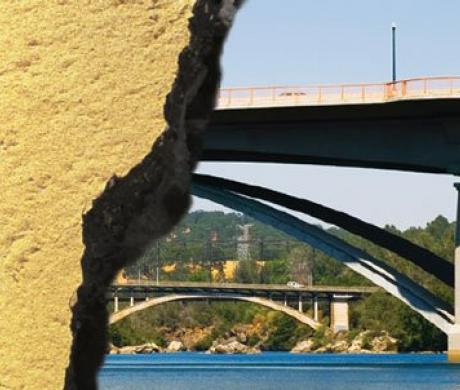 For the ninth time in the past 10 years, the League has identified infrastructure investment as one of its top priorities. You don’t have to look far to understand why. 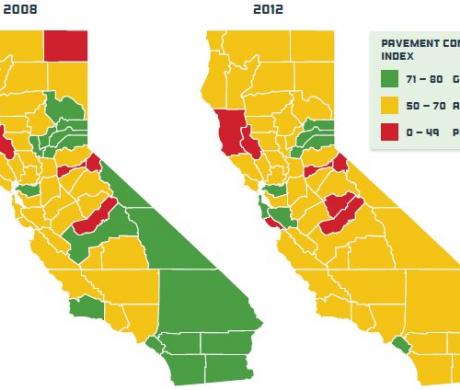 Pavement conditions are deteriorating throughout California, and while the costs are high for even the most basic repair and maintenance, the price tag for waiting is far higher, from both an… 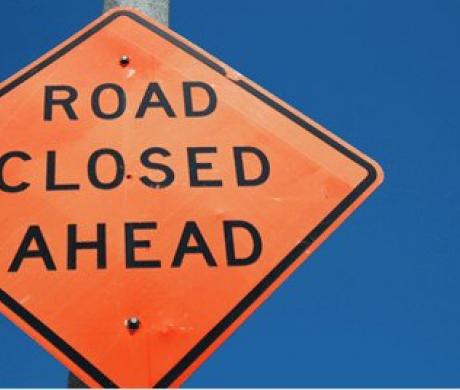 The Impact of Our Crumbling Infrastructure on California’s Economy

The state’s goals around reducing greenhouse gas emissions are based on a vision that concentrates growth in urban cores and utilizes transit. To meet these goals, cities must be able to make… 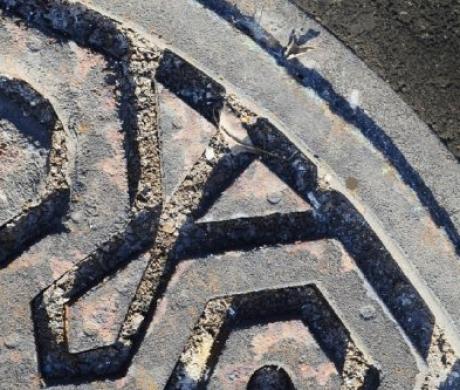 Under California: Knowing What Lies Beneath

Most people are generally unaware of what lies beneath the streets they travel on each day. Understanding the sub-surface infrastructure is an important local government consideration. 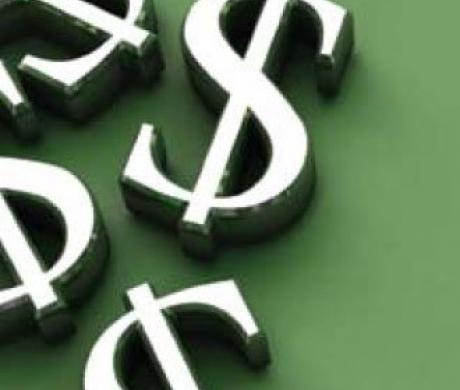 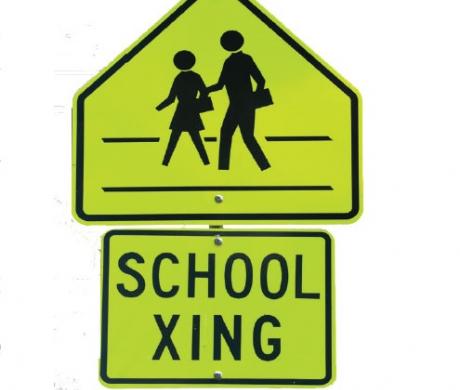