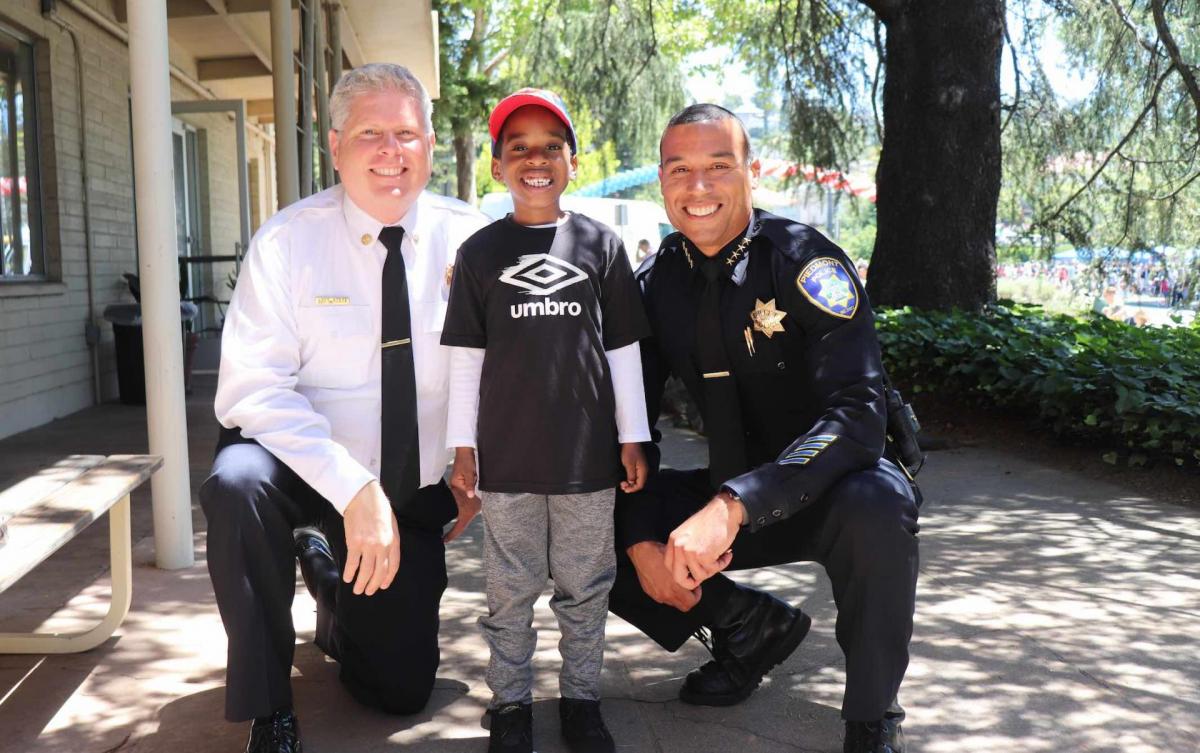 Erica L. Manuel is CEO and executive director of the Institute for Local Government (ILG) and can be reached at emanuel@ca-ilg.org. For more about ILG’s Inclusive Public Engagement program, visit www.ca-ilg.org/engagement.

It’s hard to imagine a city in California that wouldn’t like to be safer. Even the safest cities want to do more to protect their residents from natural disasters and criminal behavior. Typically, this means hiring more police officers, firefighters or emergency management personnel. Even in a strong economy with more robust budget cycles, however, it is not always easy or prudent to add staff. Every municipality has to balance public safety against other necessities.

But any city can increase public safety without large or continuous impacts to municipal budgets. An engaged and informed public can help police and other emergency responders do their jobs more effectively without adding personnel or increasing long-term costs. Recently the cities of Piedmont and Gilroy used public engagement to make their communities safer without breaking their budgets. They accomplished this by leveraging a methodology for building an engaged, informed and interested constituency. 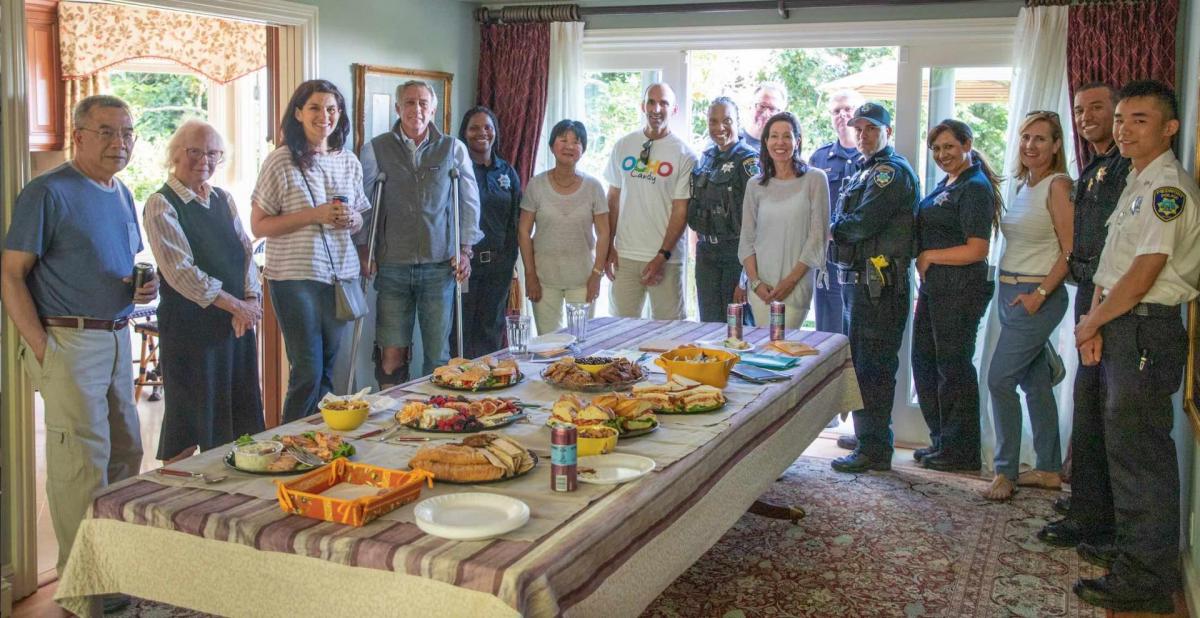 Piedmont’s Need to Connect With Residents

Piedmont (pop. 11,420) is a picturesque town in the rolling East Bay hills with sweeping views of San Francisco Bay. Winding lanes provide a sense of privacy for homes that dot the landscape. But this lovely setting hides the potential for serious threats from wildfires, earthquakes and other disasters, not to mention crime and justice-related issues that can happen in any urban or suburban area.

“In a small town, there are ample opportunities to have one-on-one conversations,” says Piedmont Police Chief Jeremy Bowers. “During those conversations, it was apparent that people really didn’t have a good idea how their Police Department was operating or what activities were going on in town. In addition, I learned some hard lessons about the public engagement process when the Police Department and local school district attempted to implement a school resource officer (SRO) program. I made some assumptions about such a program being well-received and learned pretty far into the process that a significant number of people in our community had concerns.”

Chief Bowers realized the public did not know or care about Piedmont’s public safety programs until they perceived them to be lacking. The department had no existing mechanism for reaching out. “The Police Department had no social media presence to speak of — and a lethargic Neighborhood Watch program, which generated neighborhood meetings only when a notable event occurred,” says Chief Bowers. “We were really in a reactive, limited position that didn’t meet the needs of our community or measure up to our professed standards of service.” He knew that had to change. 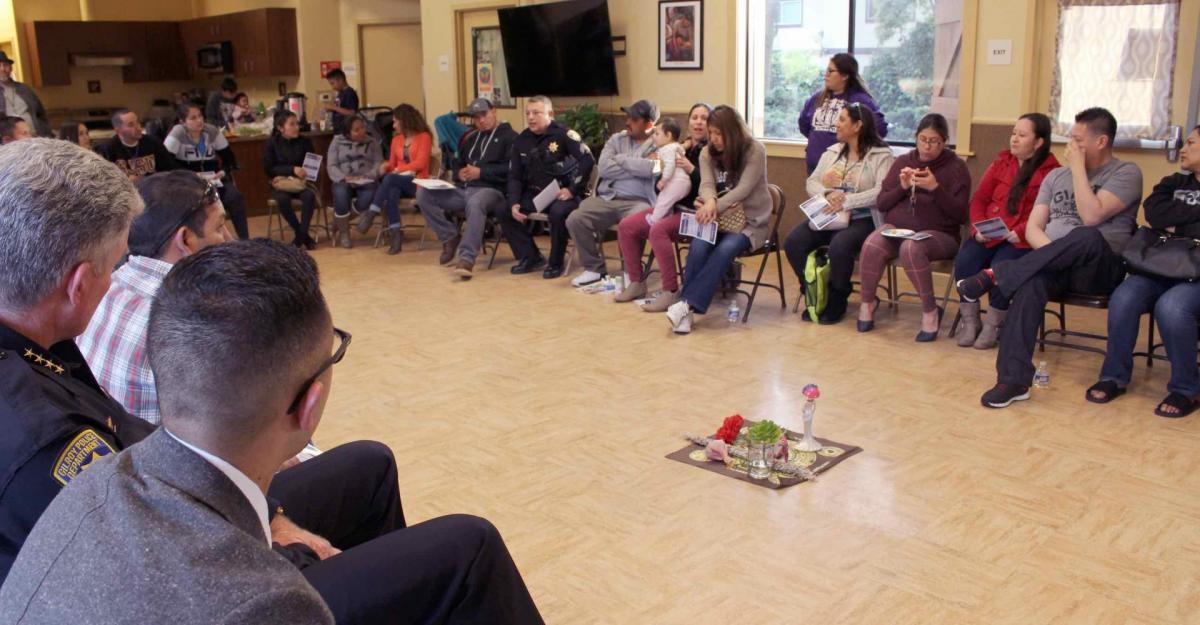 Gilroy (pop. 55,928) has been the nation’s “salad bowl” for decades, located in the heart of one of the most productive agricultural regions in the world. Its large Hispanic population has historically been difficult to reach. Given the proximity of Silicon Valley, just 45 miles away, Gilroy straddles the past and the future, and its population continues to grow and change. Any trust that once existed between the Hispanic community and the Police Department was gradually eroding, due to changing demographics.

“The pace of population growth has caused a strain on Gilroy’s capacity to meet the community’s need for services,” says Rachelle Bedell, community engagement coordinator for the City of Gilroy.

To compound the challenge of population growth, approximately 40 percent of residents speak Spanish at home; however, in 2015, only about 10 percent of Gilroy’s police officers were native Spanish speakers. “The language barrier made engaging with our Latino community challenging, because there was already an inherited culture of distrust toward government,” Bedell says.

This resulted in artificially low crime statistics that did not reflect the true nature of what was happening. “We recognized that there were multiple reasons that our residents might not report crime,” says Bedell. “They may not know which activity to report or how to report crime — or they may fear contact with the police.”

In Gilroy, public safety officials knew they had to do something different to better connect with their Hispanic residents. 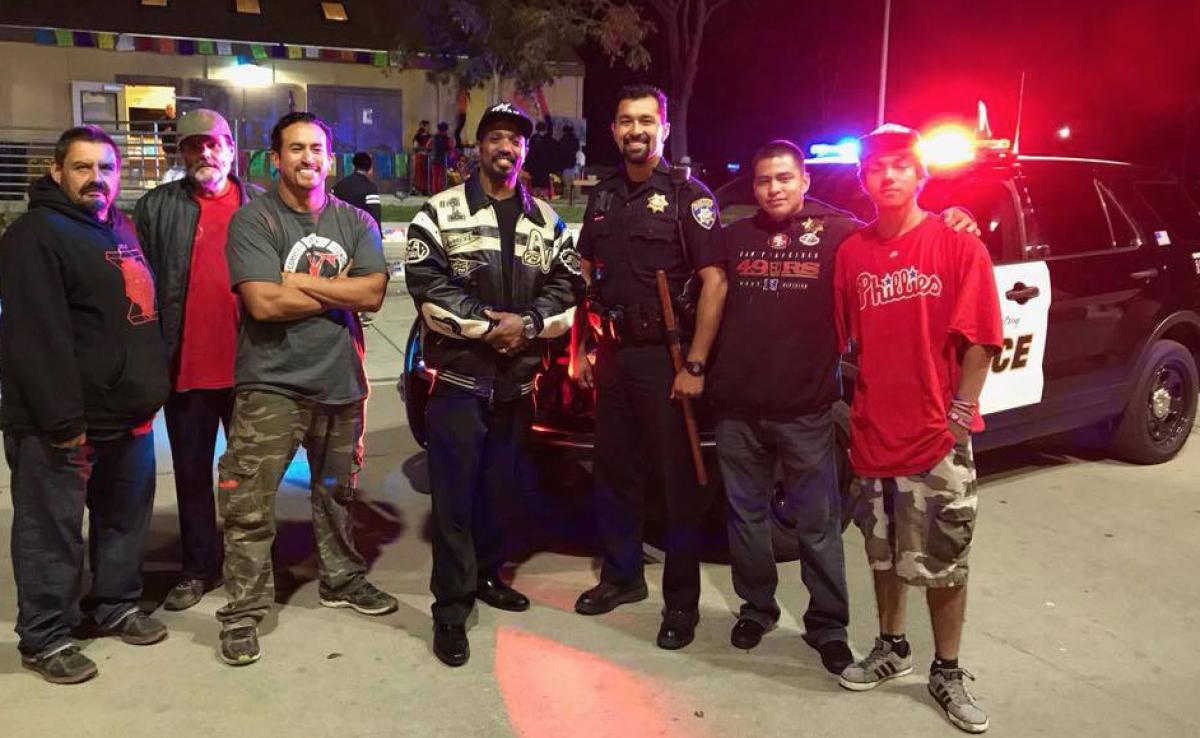 In both Piedmont and Gilroy, more effective community outreach created better public safety outcomes. The two cities, only 76 miles apart, could not be more different demographically. For both cities, however, the Institute for Local Government’s Think, Initiate, Engage, Review and Shift (TIERS) program became a catalyst for change and an avenue toward improved public safety.

The Institute for Local Government (ILG) developed the TIERS public engagement framework to help local agencies reach out to their communities. ILG offers training in the TIERS program so any local government agency can apply the program to its specific situation and engage its constituents in meaningful two-way communication.

“My colleagues, Planning Director Kevin Jackson and Planner Pierce Macdonald-Powell learned about the TIERS training while they were in the process of dealing with their own public engagement challenges and communicated the opportunity for all department heads to attend the training,” says Piedmont’s Chief Bowers. “The interactive training provided concrete frameworks with the ability to tailor various approaches to public engagement, depending on the issues at hand. It enabled us to discuss and work through our real-world projects and efforts in small groups and then apply the various public engagement tools to those efforts.”

In Piedmont, the TIERS training led participants to adopt some typical tools — like a sustainable social media program — but it also resulted in some unique methods of reaching out.

“We attached our efforts to existing community groups and activities,” says Chief Bowers. “Some examples include piggybacking on existing community walking groups and establishing a Dog Walker Watch program to connect with the community through their robust love of dogs.” Piedmont also put its own spin on the ubiquitous “Coffee with a Cop” program. Again, taking stock of the interests and passions of the community, staff collaborated with several residents to launch the “Coffee, Cars and Cops” annual car show. This program provides opportunities for the public to engage with law enforcement personnel while having coffee and enjoying classic and rare automobiles. 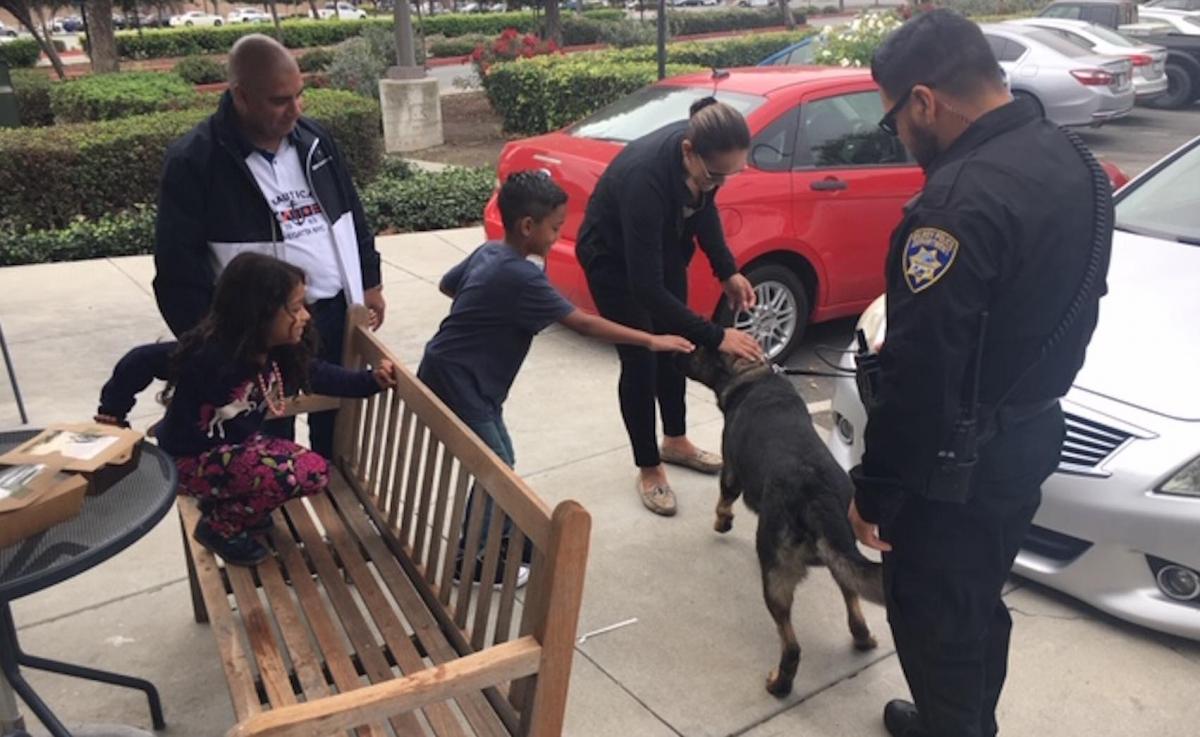 Several staff members from the City of Gilroy also attended a TIERS training. “During the training, we discussed our engagement strategy with our Latino, Spanish-speaking population and that we would need to first build their trust before they would feel comfortable reporting crime,” says Bedell. “Based on this, we developed two engagement project plans, focused first on building trust and second on reporting criminal activity.”

Officers met one on one with residents, businesses and local organizations to help them better utilize police services, encourage reporting of criminal activity and discuss the role of the Police Department, including their commitment to treat everyone fairly regardless of status.

Sergeant Paco Rodriguez of the Gilroy Police Department summarizes the city’s efforts by saying, “We realized we couldn’t wait for the community to come to us — we had to go to them.”

The Ripple Effects of Community Outreach

Chief Bowers in Piedmont agrees that effective community engagement requires a proactive approach. “The Police Department is interacting with the public in a way that it never has before,” he says. “What stands out is the acknowledgement and appreciation the public has conveyed about how we are connecting with them in the community. By employing a multifaceted public engagement program, we enhanced our legitimacy and credibility with the public because they understand the Police Department has a true desire to be transparent and informative.”

Gilroy has also benefited from its effort to engage the community. “Our engagement efforts increased the trust and communication between the Spanish-speaking community and our Police Department,” Bedell says. In addition, the department now has more accurate data about criminal activity, which helps to better plan policing strategies and prepare for the future.

Bedell also believes that outreach efforts have had a ripple effect throughout the community. “Engaging the community has a multiplier effect,” she says. “Residents who are involved in meaningful engagement with local government share their experience and knowledge with their sphere of influence, widening the positive effects of the engagement efforts.”

While much of the public engagement effort starts with city staff, elected leaders take note as well. 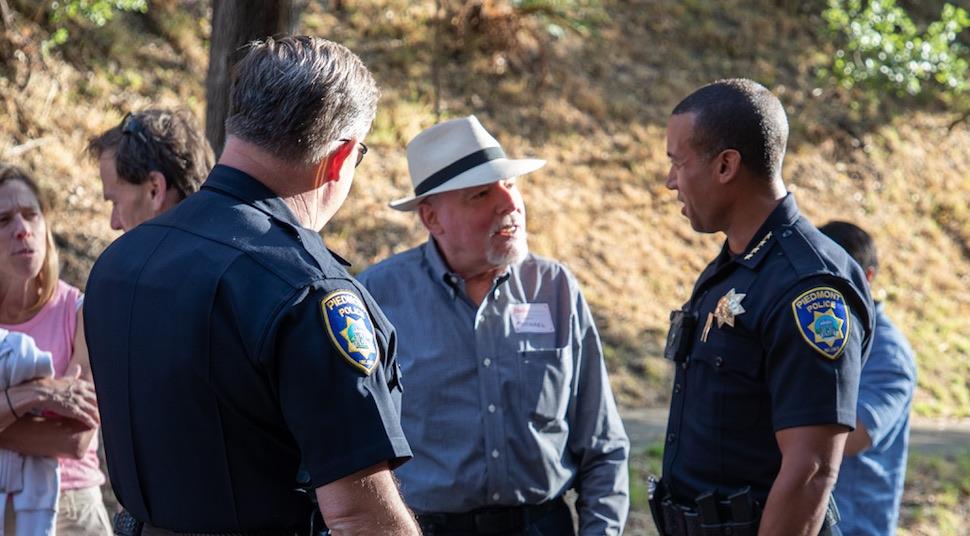 “The future is bright for Gilroy — and working together only makes it better,” says Mayor Roland Velasco. “Meaningful public engagement provides a vehicle for working together with our community and cultivates collaboration, pride and unified support of a shared vision for our town. We have seen the benefits of engaging our community and are committed to continuing our efforts to further develop our strategies using the lessons we’ve learned.”

Editor’s Note: The tragic mass shooting at the Gilroy Garlic Festival on July 28, 2019, highlights the need for an engaged and informed public. Because the incident was still under investigation as Western City went to press, it is not included in this article. 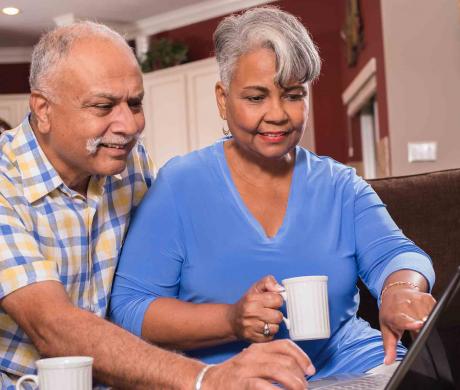 Article June 1, 2019 News from the Institute for the Local Government by Melissa Kuehne

Boosting Community Engagement With Social Media: How One City Is Using Facebook Live 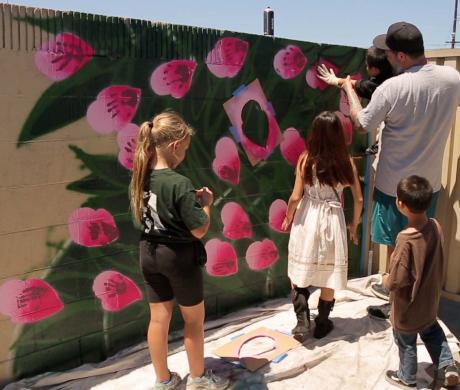 Communicating with residents was key to developing solutions. 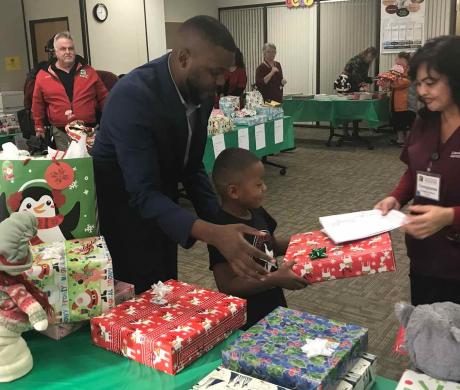 Gauging Your Community’s Capacity to Solve Problems and Thrive